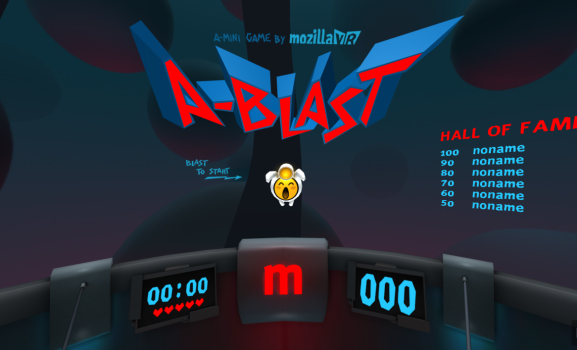 One of the first major categories that will firmly root the VR industry into the mainstream will be gaming. It makes sense that, at least initially, massive traction will begin where the priority is on fun and social content. As I covered back in January, we already see VR piggybacking off of the burgeoning esports space with success, which is transforming the spectator experience and promises much more.

Spotting intersections like the one with esports is a sweet spot for the VR industry.

Another key intersection is the one between VR and the web, which I’ve been pushing hard for the past several months. Indeed, WebVR — the JavaScript API that allows you to experience VR content on your web browser simply by grabbing the URL — is probably the biggest intersection there is. And gaming that is powered by WebVR is the biggest sweet spot of them all.

To date there’s been a lot of focus on high fidelity, which is fine. After all, who doesn’t want to be “blown away” by an immersive gaming experience? The problem is that even with high fidelity, most content isn’t tempting users to replay the experience over and over again. They’re often underwhelming and part of the trouble isn’t the content itself, in my opinion, but the platforms and hardware that they run on.

The medium is the message and right now the industry is trying to force itself to bloom in isolation, when it doesn’t have to. There are intersections that are very welcoming.

High fidelity shouldn’t be the priority. Engagement should be, along with easy access and discoverability, which is why WebVR has been raking in increasing support in recent months by the likes of Google, Oculus, Samsung, Microsoft, along with the pioneer itself, Mozilla. Web browsers like Firefox Nightly, Chromium, Samsung Internet’s browser, and Microsoft’s Edge browser are all actively enabling web-based immersion because they see the big picture.

First off, let’s talk about the magic window: the fact that you can play a WebVR game without a VR headset. All you need is your screen. You can use just wag your smartphone in the air or drag your desktop screen around and the content will be responsive. That means the market for WebVR games and content is literally anyone who has either, which is billions of users.

It’s a huge advantage that the industry refers to as Progressive Enhancement strategy, which allows immersive content to be responsive to a range of devices and platforms as the below illustration by Creative Technologist, Arturo Paracuellos, makes plain. The magic window creates an organic conversion tunnel that reaches the mainstream with limited hardware and invites them to increase the depth of their immersive experience at any time by hooking themselves up to more advanced gear.

“With this Progressive Enhancement strategy we could make content that is easily embedded on Facebook, Twitter or any web page/social network, and could become a great gateway for users to start consuming WebVR content.” Paracuellos wrote last month.

It’s this natural and easy capacity for WebVR content to be embedded on any web page, and to be experienced without a headset, that helps to legitimize this form of VR by offering a more sensible answer to the question of distribution.

It allows WebVR games, for example, to be paired up with HTML5 games, and to hop on the same rising trend that was hallmarked last November by Facebook when it rolled out ‘instant’ HTML5 games onto its News Feed and Messenger. The foray was apparently rewarding enough to warrant driving the model home as just last month they announced at the F8 conference that they were gearing to roll out a new games tab and push the HTML5 gaming library more aggressively.

Now connect these dots with the fact that Oculus has recently released its WebVR framework, React VR, and its WebVR browser, Carmel, and you might see what I’m seeing: that Facebook couldn’t be better positioned to become the biggest distributor of WebVR games simply by adding the category into its library.

Above: Konterball by Vienna-based studio wild.

“WebVR is very well aligned with HTML5 gaming. Developer skill-sets are similar so as area grows the other the other can benefit as well, and recent improvements in the underlying web technologies such as WebGL 2.0 improve both games and virtual reality at once.” Megan Lindsay, the product manager for Chrome VR, told me.

The timing couldn’t be better, and it’s telling.

Last month Google launched WebVR Experiments to help give everyone a taste of the kind of slick experiences WebVR can deliver. There’s a dozen examples already up, which include games like Konterball by Vienna-based studio wild and Spot-the-Bot by U.S.-based Hook Studios. They’re fun and social VR gaming experiences that can be delivered to the masses, and now.

But this progressive enhancement thing can be tricky. You want to make the gaming experience responsive for a screen consumer while not missing the point: push the gamer to go all-in, get a headset, and become fully immersed as is most likely intended by the content creator. The magic window or screen consumption of WebVR content should ultimately serve as a gateway drug to the real thing.

Above: Spot-the-Bot by Hook Studios.

It’s a design challenge that will ultimately need to be answered directly by the developer community, who, compared to the alternatives, are way more empowered by the markets WebVR is promising to open up because the whole thing is based on the open principles of web. And that comes with a lot of perks.

“Immersive VR experiences are at a very early development phase, and developers are still experimenting with the graphics, navigating the environment, and even interacting with objects. The ability to release and update high-quality WebVR content across a variety of devices and platforms instantaneously without app store packaging, update, and review cycles will enable developers quickly react to feedback from users.” Sean White, SVP Emerging Technology, told me.

The magic window, progressive enhancement, and the design challenge are perfectly tailored for indie game developers. Thanks to WebVR, immersive games require way less of a learning curve to build, have a much lower cost to produce, and have a wider pool of flexible options on how to distribute. Isn’t that the winning formula for game and content creators who want to survive the hype cycle stage?