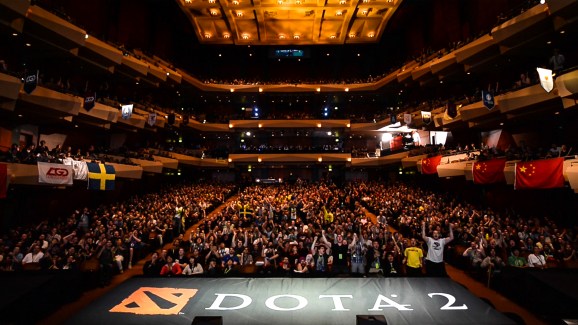 The infrastructure of sports is expansive and expensive, with stadiums for individual teams, established leagues, dedicated sports radio stations, and billion-dollar TV deals. As an up-and-coming industry, esports are starting to build their own infrastructure of stadiums, leagues, and networks. Just like with the NFL or NBA, this infrastructure can be complicated and contain many layers.

As we take a closer look at esports infrastructure and what pieces are required to help this growing sector mirror what we’ve seen with more traditional sports, the first question for many is how does a game actually become considered a sport?

How a game, or video game, becomes a sport

In order for a game to become a sport, it must meet several fundamental requirements. Specifically, the biggest differences between a game and a sport are a common set of rules for gameplay, enforcement of those rules through a sporting league, and spectators. Moreover, when enforcing rules, a sporting league must deliver a fair competitive environment for players. This is typically represented in the form of a referee or umpire officiating the rules.

When considering these elements in the online world, the path for a video game to become an esport has been in the works for almost 50 years. The same concepts present in offline sports need to be adapted in esports to create technologies such as real-time cheating and fraud detection, along with player management tools. In an offline sport, the officiating is visible through the referees overseeing the competition. With video games and esports, the act of officiating is much more complex. It takes a huge amount of time and financial investment to develop and maintain for any single game, let alone multiple games.

Despite the complexity and depth required, this sophisticated technology has been built. When looking at the number of players currently involved in esports, the established rules, the leagues and tournaments, the potential prize money involved, and the viewership options like TV, online and live events — it’s clear that esports have evolved well beyond games and into the realm of true sports.

The framework needed to deliver a fair environment for esports is found within the tournament infrastructure. Geolocated practice and professional esports leagues, such as The International (Dota 2) or Major League Gaming, offer an avenue for players to compete for free or in prize-based matches. During matches, intermittent gameplay data capture (also known as heartbeating) can auto-detect important moments, enabling researchers and esports announcers to observe player behavior and capture moments of defeat or victory. All of these elements combine to create an experience for players that mirrors what they are used to seeing and experiencing with sports like basketball, football and baseball.

Ensuring that every game is fair adds another important layer to esports infrastructure. Players can either be randomly seeded, which removes elements of chance in the game, or they can be matched by skill level/rating. Player matching pairs competitors based on their abilities, which ensures both fairness and fun for all players involved. In sports like football and hockey, you wouldn’t want a professional team to compete against a minor league team, and the same concept applies to esports.

The anti-cheating systems established in the world of esports are the digital equivalent of a referee or umpire seen in traditional sports. In baseball, a pitcher might cheat by putting pine tar on the ball to increase spin and grip. In video games, cheating can range from hacking to DDoS attacks intended to make another player’s internet lag. In any sport, whether online or offline, policing cheating is vital to the integrity and fairness of the game. In esports, this anti-cheating technology can actually be built into the infrastructure, as opposed to the regulation of offline sports that is reliant on a human umpire or referee.

Video streaming is another key piece of esports infrastructure, and it is what enables competition to be shared with the masses. Streaming capabilities like embedded video capture provide content for live streaming, instant replays, highlights and enhanced anti-cheating detection. Companies and leagues can either build their own solution or work with a technology company that provides out-of-the-box esports infrastructure. Blizzard is an example of a company that has taken both paths, with plans to create its own Overwatch League while also using Facebook for live streaming games.

In November alone, the top three most-watched games on Twitch were Counter-Strike: Global Offensive with 15.7 million esports hours streamed, Dota 2 with 12.1 million, and League of Legends with 6.3 million. Video streaming provides digestible content for fans to watch top plays and match highlights, or to just view a competition in real time. After all, ESPN has aired SportsCenter, a show dedicated to highlights and top sports plays, for over 30 years.

From the beginning of esports to the present, investment in the creation of infrastructure has been a driving element to help make the industry what it is today. Esports have already grown so much that offline sports and major brands want to be involved, and there’s still even more growth to come. Implementing esports competitions into a console, PC or mobile game is one of the most powerful tools for increasing engagement, retention and revenue, and with the right esports infrastructure in place, more and more games are receiving the chance to become one of the next great sports.

Andrew Paradise is the founder and CEO of mobile esports company Skillz.