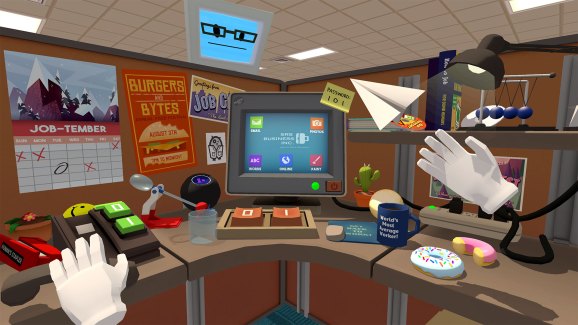 Investors, gamers, and game developers who are cold on virtual reality should look to the 2017 Game Developers Conference as confirmation that VR has legs. Developers don’t sound as clueless as they did last year, based on attendance at VR-related panels at GDC 2016 and GDC 2017. The difference is palpable.

The fate of virtual reality does not rest on the development of more advanced optics, higher framerates, and lower latencies, nor does it depend on the evolution of the three major VR hardware solutions, the HTC Vive, PlayStation VR, and Oculus Rift. The hardware is not what will ultimately determine whether investors in VR make the profits they’re seeking, and whether futurists see the day when VR is an ordinary, household technology.

Because the success or failure of VR is much more in the hands of the game developers providing content for all three platforms.

Consumer VR still rests mostly within the video game world, and so the platform is subject to the popular refrain among gamers when it comes to any new hardware: “But there’s nothing to play for the system!” (We’re seeing the same discussion play out right now in reference to the newly released Nintendo Switch.)

A growing comprehension of the psychology of virtual reality, or how we can fool the human brain into believing that the virtual is actually the real, combined with technical acumen has finally produced a healthy slate of games for VR. Burgeoning mastery of the VR space has made critical successes like Fantastic Contraption (from Northway Games), Job Simulator (from Owlchemy Labs), and Raw Data (from Survios) possible.

These are the games from which VR developers can learn best practices. The fate of virtual reality depends on how quickly developers can learn and apply those lessons, and continue to release software compelling enough to warrant early adoption of the technology. Taken collectively, the VR-related panels at GDC 2017 suggest that developers are on the case, and the future of VR feels less nebulous as a result.

Above: Above: The basics of successful VR design.

From then to now

Wind the clock back one year. Virtual reality was a sensation at the 2016 Game Developers Conference. Panels scheduled in smaller rooms were choked with attendees. Sometimes, even spillover rooms with remote video feeds of the panels were standing-room only. Attendance at VR panels on the Monday of GDC 2016 forced organizers to move Tuesday’s panels into larger rooms in order to accommodate demand.

Because none of the major hardware solutions had yet been released at that time, game developers at GDC 2016 could still project their own hopes and ideas onto VR. Game developers working in VR didn’t entirely know what they were doing. It was the same feeling that pervaded the Oculus Connect 2 conference in September 2015, and VR developers at GDC 2016 didn’t seem to be bothered by this. The excitement of pioneering a new technology was enough to override all other concerns, it seemed.

Virtual reality panels at GDC 2017, on the other hand replaced fantasies of what VR could be with the reality of where the industry currently stands. Gear VR sales stand at either 4.5 million or 5 million headsets sold-through, depending on whether you listen to market research firm SuperData or Samsung Electronics America respectively. Sony in February revealed that PSVR has sold-through over 900,000 headsets.

Oculus and Vive sales are anemic by comparison. SuperData in February also released data that indicated “more than 400,000” Vive units had been sold, beating out the Oculus Rift, which sold a little over 200,000, according to the report. But the high barrier of entry to the Vive and Oculus, if we include the cost of a gaming PC that can handle the hardware, ought to make those numbers unsurprising.

These numbers represent neither failure nor success from any objective measure, especially not when insiders like John Riccitiello, CEO of Unity Technologies, don’t expect VR to start turning the sort of profits bullish developers and investors were hoping for any sooner than 2018. In the face of three relatively low-profile VR hardware releases in 2016, coupled with the lack of high-profile successes in VR, it’s no surprise that developer interest seems to have cooled, judging by panel attendance at GDC 2017.