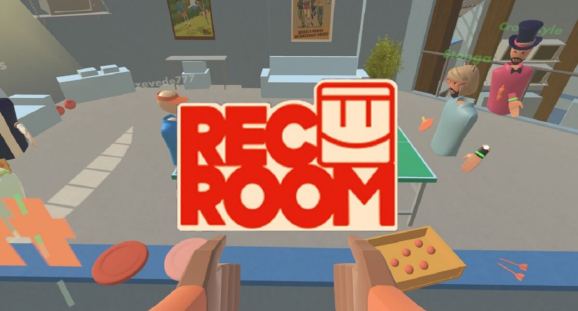 Rec Room is available for the HTC Vive and the Oculus Touch.

The developers behind popular social VR experience Rec Room posted a video showing users how players can easily block someone who is antagonizing them with a simple gesture.

Harassment in VR is a tough subject as developers grapple with how to stop it. The sense of presence you gain in a virtual world means that when other people get close to you, or in your face saying something offensive, they really feel like they are invading your personal space.

With Rec Room emerging as a fun social hub for a variety of activities from paintball to disc golf, the lobby of the virtual space has become a place for for folks with varying levels of maturity to interact. While Rec Room can be a cool way to meet someone and find something fun to do together, it can also be occasionally annoying. Rec Room developer Against Gravity, though, has included a “Talk To The Hand” gesture to block someone.

Here they show how the feature works to quickly get rid of someone:

We hope other developers take note of the approach and use it or something similar as a building block for more enjoyable social VR interactions.