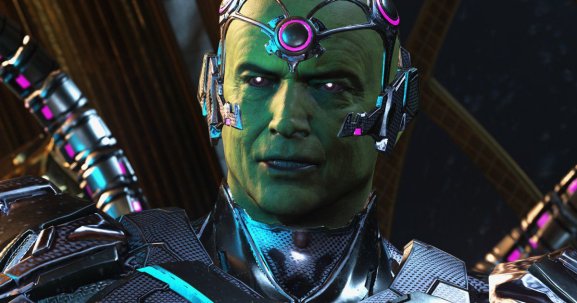 Beating the crap out of Superman and Batman could make you some money.

Warner Bros. Interactive Entertainment today announced the Injustice 2 Championship Series. The DC fighting game is coming out for PlayStation 4 and Xbox One on May 16. Fighting games are popular in an esports market expected to hit $696 million in 2017, according to market researcher Newzoo.

Multiple tournaments make up the Championship Series, and they will have a combined prize pool of $600,000. Warner Bros. is partnering with ESL, Gamelta esports Professional League, GameStop, Sony, and Twitch for the events. Players will compete on the PlayStation 4 version.

The Injustice 2 Pro Series starts on May 26. It will broadcast live on Twitch. The four-month season will produce 16 finalists that will compete in the finals at Los Angeles on September 17. GameStops from across the U.S. will also host the Hometown Heroes championships. You can compete in these at select GameStop stores starting on June 4.

Meanwhile, Europe gets the Path to Pro Tournament, operated by ESL. It will start on May 20 and take place in Benelux Union, France, Germany, Nordic territories, Italy, the U.K., and Spain. Argentina, Chile, Mexico and Peru get their own tournament with Injustice 2 Liga Latina, operated by Gamelta esports Professional League. It will start sometime in May.