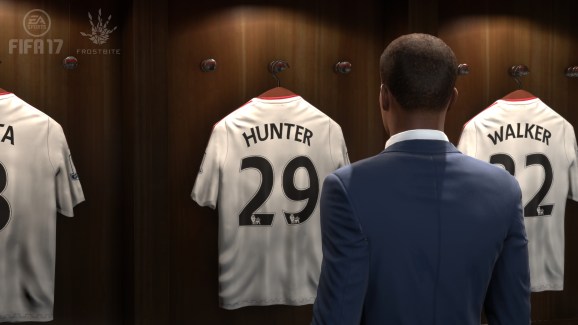 Electronic Arts had a banner fourth fiscal quarter, and much of the credit goes to its blockbuster soccer franchise.

FIFA 17 has reached more than 21 million players to date, with 12 million of those playing the game’s new story mode, “The Journey.” And the FIFA Ultimate Team part of the game had 13 percent more players through the end of March 31.

Fans buy FIFA every year, but EA Sports tried a different tactic this time with the story, which chronicled a young up-and-coming player’s road to soccer fame. The story has character-driven cutscenes and more drama than you might see just playing the game. It looks like it was a good bet.

For the quarter that ended March 31, adjusted net income came in at 85 cents a share. Analysts expected EA to report an adjusted profit of 75 cents a share. The numbers exclude one-time items that aren’t a regular part of doing business. A year earlier, EA reported earnings of $2.79 per share.

Adjusted revenue came in at $1.092 billion, compared to a forecast of $1.091 billion. And that compared with $924 million a year earlier.

During the quarter, EA released Mass Effect: Andromeda, the fourth in a series from its BioWare division. The title scored a disappointing 73 out of 100 on review aggregator Metacritic, while its predecessor Mass Effect 3 scored much better at 89. But it didn’t appear to hurt the quarterly results any.

“Fiscal 2017 was a milestone year for Electronic Arts, defined by groundbreaking games and live services that delivered more fun and connected more players with their friends,” said EA CEO Andrew Wilson, in a statement. “In Fiscal 2018, we are focused on innovating for our players with extraordinary new experiences across our portfolio, continuing to grow our global network, and extending our reach across new platforms and more ways to play.”