Microsoft’s support for Windows 10 (version 1507) ends today. This is the original version of Windows 10, released publicly in July 2015.

The end of support affects Home, Education, Pro, and Enterprise editions. Most Windows 10 users are no longer using this version, so this is just a reminder for stragglers to update.

Windows 10 is a service, meaning it was built in a very different way from its predecessors so it can be regularly updated with not just fixes but new features, too. Microsoft has released many such updates, including three major ones: November Update (version 1511), Anniversary Update (version 1607), and Creators Update (version 1703). 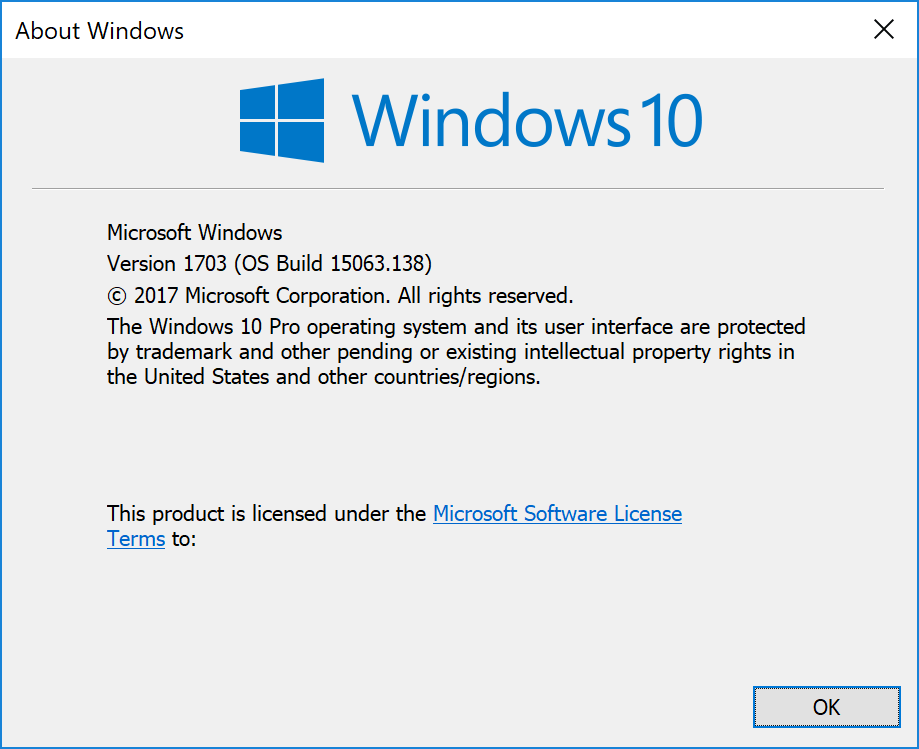 For most consumers, both quality and feature updates are delivered automatically according to their Windows Update settings. By policy, devices need to install the latest feature update within a 60-day grace period of its release to continue to be eligible for monthly servicing with security updates and other quality updates. We extended this grace period for version 1507 beyond this typical 60-day policy, but the time has now come to end servicing for version 1507.

To be clear, Microsoft will keep updating Windows 10 for the minimum 10 years that it does for all its operating systems: Mainstream Support is scheduled to end on October 13, 2020, and Extended Support will end on October 14, 2025. Mainstream Support includes free incident support, warranty claims, and fixes for non-security and security bugs, plus design changes and feature requests. Extended Support consists solely of security updates.

If you want to get the latest Creators Update, fire up Windows Update or follow these instructions to get it manually.