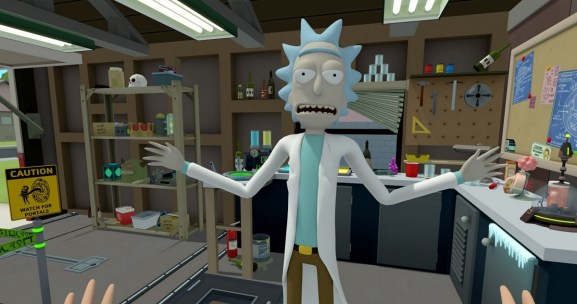 One of the most successful virtual reality game studios is now a part of one of the world’s biggest corporations.

Google revealed today that it has acquired Owlchemy Labs, the studio that is best known for developing popular HTC Vive launch game Job Simulator. This acquisition gives Google a talented in-house team that can build content for its Daydream VR headsets that work with select Android smartphones. In its blog post announcing the deal to bring Owlchemy under the Google banner, Google VR engineering director Relja Markovic explained that the company’s existing content teams will partner with Owlchemy to build new experiences. Markovic also suggested that Owlchemy will continue working on other VR platforms like Vive, Oculus Rift, and more. The two parties did not disclose how much Google spent to acquire the studio.

Owlchemy has helped define VR for many people. Job Simulator is a game where you experience a museum of jobs through a series of silly interactions. The game also got a chance to prove itself to a mass audience when it appeared on the late-night program Conan.

“Today, we’re thrilled to welcome Owlchemy Labs to Google,” wrote Markovic. “They’ve created award-winning games like Job Simulator and Rick and Morty: Virtual Rick-ality which have really thoughtful interactive experiences that are responsive, intuitive, and feel natural. They’ve helped set a high bar for what engagement can be like in virtual worlds, and do it all with a great sense of humor.”

In January, Owlchemy revealed that Job Simulator was a sales hit. Through 2016, it grossed more than $3 million in revenues. Since debuting in April for the Vive, it has since made the move to Oculus Rift and PlayStation VR. It was so popular that the studio even released a physical version of the game for Sony’s PS4 console.

This move is also indicative of Google’s commitment to VR and not just as a hardware or experiential exercise. Owlchemy is a game studio, and now Google can actively produce gaming content internally for head-mounted displays without having to necessarily work with outside partners.