Jen-Hsun Huang is a big fan of artificial intelligence, as it helps his company Nvidia sell a lot more AI chips.

In an earnings call yesterday, the CEO responded to a question by saying, “AI is going to infuse all of software.” He’ll talk more about this topic today at the Nvidia GPU Tech conference in San Jose, Calif., where he is delivering a keynote speech. The event draws about 7,000 people, many for talks on AI. Nvidia also said yesterday it plans to train 100,000 developers this year on deep learning technology, which is one form of AI that is delivering rapid advances across a variety of industries.

Huang wasn’t the only one singing AI’s praises during the call.

“AI has quickly emerged as the single most powerful source of technology,” said Colette Kress, chief financial officer at Nvidia, during the call. “And at the center of AI are Nvidia GPUs.” 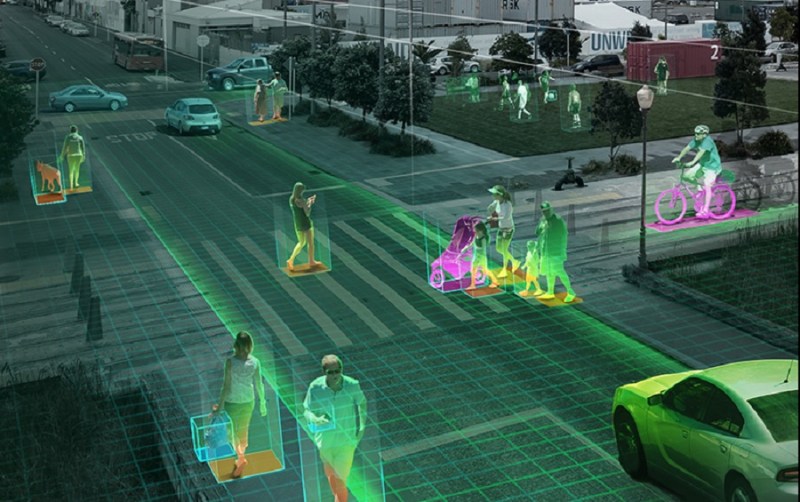 Above: Nvidia Metropolis will use video analytics to monitor public safety.

Here’s what Huang had to say during the conference call.

So on the one hand, we know now that the technology is of extreme value and we are getting a better understanding of how to apply it. On the other hand, no industry uses it at the moment. The automotive industries and the processes [are] being revolutionized because of it. The manufacturing industry will be. Everything in transport will be. Retail, e-tail, everything will be. So I think the impact is going to be large, and we’re just getting started. We’re just getting started.