Todd Hooper has shown up early at the virtual reality party. He started Vreal in Seattle to create a livestreaming platform for streamers to broadcast their gameplay in VR to spectators.

It’s like Twitch, the livestreaming platform for PC gamers, and it is one of the ways that virtual reality will become more social. I tried it out in a demo using an HTC Vive VR headset at Vreal’s headquarters, and I was greeted by a big panda. It was Bryan Chu, vice president of marketing at Vreal. He was talking with his hands, and his avatar’s hands were moving all over the place.

We were in a pretty lobby-like area with a bunch of icons all over. There were some games, movies, and other kinds of experiences to go into. I could teleport around the lobby and hold a conversation. Then we beamed into a VR game, Surgeon Simulator. We watched another player pulling out body parts from the body on the cartoon surgery table. We could resize ourselves into tiny characters on the table and see the game from any vantage. The player didn’t see us at all, but we could talk about the gameplay and set up virtual cameras to record the experience. But I had fun, knowing I was in VR, watching a game with a giant panda as my companion.

It was quite an immersive experience. Hooper has 20 people working on it, and he’s bringing in money via sponsorships as he waits for the VR audience to materialize. If it comes, Vreal will be ready with the right livestreaming technology. We talked about the VR streaming opportunity, and here’s an edited transcript of our conversation. 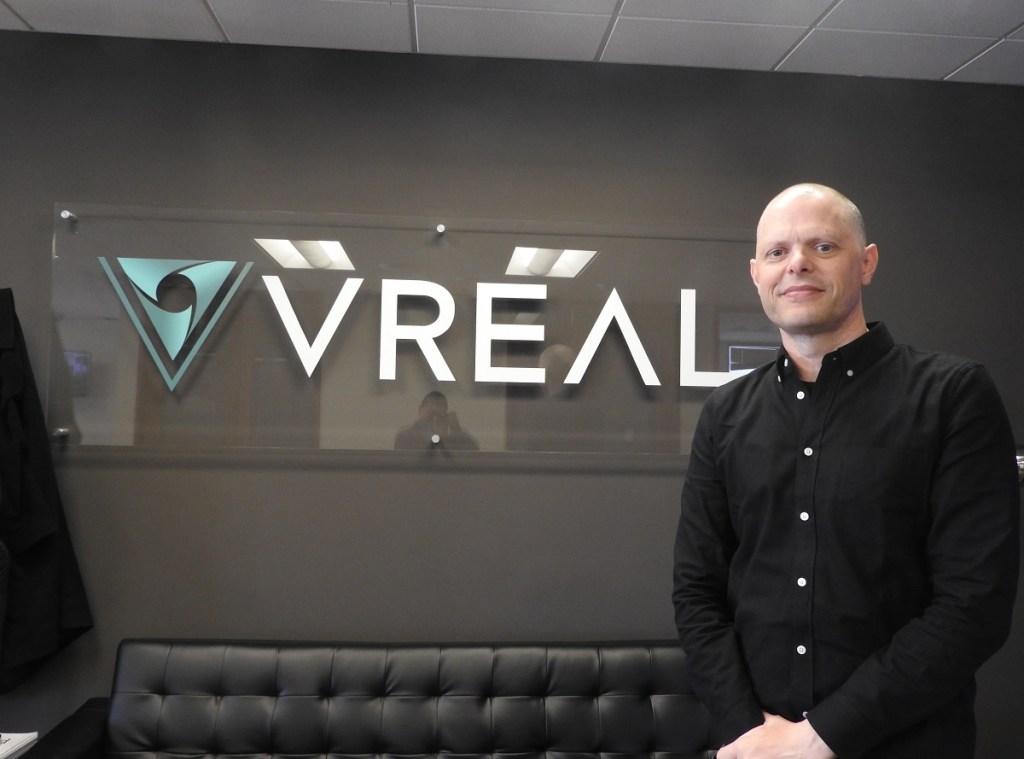 GamesBeat: It seems like you’re pretty far down the road.

Todd Hooper: Product-wise, as you saw in the demo, things have come a long way. One thing that’s probably new to you—we’re thinking hard about how to bridge the VR world, having the best streaming experience in VR, with the 2D world, where people will still be for a long time. How do we give them a view into VR?

Using the tools you just saw, we’ve worked with some streamers to launch a couple of new shows. HyperRPG launched a new Friday night show called ER VR. It’s filmed inside Surgeon Simulator. Zac Eubank, the head of the team there, pitched the show to us after he saw a demo last year. He said, “I want to do America’s Got Talent with virtual surgeons.” It came out great. It’s helped us understand what the audience wants to see. It gave us a good insight into how content creators are treated, too.

It’s interesting to see how people react. This is the format you just saw. This is a virtual camera in the space you were just in. They set up a bunch of these in the space, and then these are the judges. They run the show and we provide the tech platform. When we first looked into this, we thought we were just going to use this format. We weren’t going to show the backstage. But about a month ago, they accidentally flipped to the wrong video feed and the audience saw this, with all the cameras set up around there and the guy in the panda suit. The viewers had their minds blown. So now the audience wants to see more of that. The Twitch chat loves it.

The other show that came out, Rooster Teeth did Achievement Hunter last week with the same tech. I think it’s up to 300,000 views now. It was a different approach. They basically just took two of their creative people, put them in VReal, and didn’t tell them anything. They said, “Hey, take a shot of this.” It’s amazing. Just seeing what they do, the way they interact, it’s a lot of fun. 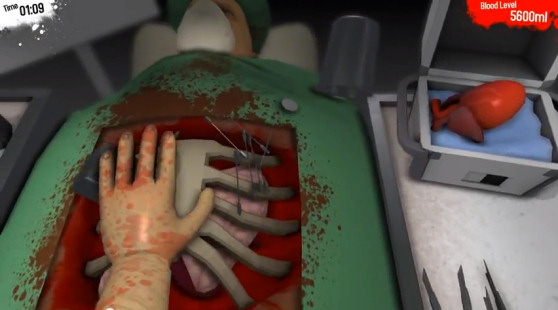 GamesBeat: How has the Surgeon Simulator show grown?

Hooper: I think they had about 2,000 viewers for the premiere. It’s been pretty consistent. Hyper is not a massive Twitch channel. They’re more of a variety streamer. This has been very good for them. The main thing we track—the relative number of viewers is interesting, but the main thing is engagement. What’s the chat engagement? Are people just watching it, or are they diving in? So far, this whole panda thing has been interesting, how the audience has glommed on to that.

GamesBeat: With some of these, could viewers pick the camera they want to see?

Hooper: When people have their own VR rigs and the native component of the platform is launched, they can do that. For this presentation, the streamer is setting it up. They pick the cameras they want and switch in between them, using that to create the content. We think this is a good way to evangelize VR. It’s better than the traditional capture-the-headset view. You can watch a headset view for five or 10 seconds, maximum. More than that and it’s too much motion.

It’s like watching a football game right now. If you tried to watch football strictly through helmet cam, it would be pretty rough. You need to extra cameras to give you context and stability in the space. Then you can cut to the first-person view occasionally. You don’t want that to be the primary view.

We see Twitch and YouTube, the video platforms, as complementary to what we’re doing. There’s already an audience there. That audience is already used to looking at things on a flat screen, so we give them great content there. When that audience has VR headsets, we can show them the experience you just had and take it to the next level. I’m conscientious of the fact that most gamers don’t have VR yet. They’re interested in VR. They want to watch VR. But the price points have to come down. The content has to get better.

The audience is out there today watching video, whether it’s on Twitch or Facebook or YouTube. They’re interested in VR. But they’re probably still waiting for that perfect headset for the holidays. The Vive and Oculus are great products. PlayStation is a great product. But the price point is still up there.