GamesBeat: Do people still stay engaged even if they aren’t VR users, if they’re just spectators?

Hooper: I think so. I think it’s a generational thing. You do find some people that just say, “I want to play the game.” But if you think about Twitch and YouTube and the other platforms, the people there are still gamers. They play games. But instead of watching cable TV or Netflix or whatever, they’ve cut the cord, so to speak. They consume YouTube and Twitch as their entertainment content. It’s still a mostly passive activity, but they’re doing it more and more for the social interaction and entertainment value from the influencers they love, versus strictly going and playing games themselves.

The huge majority of people that watch Hyper’s show or Rooster Teeth’s show, they don’t own headsets. We see ourselves as a broadcaster for VR content. When you have a VR headset, you can experience it in native VR. That’s the ultimate form of it. But the rest of it is finding the best way to go and communicate and broadcast these VR experiences to people. We’re managing the transition between today and the VR future we envision. We’re building that bridge for people.

The way we’ve approached the company—VR is going to take a while to get here. It’s the future of gaming, but it’s not next week or next year. It’ll take a few years. You have to approach it with that in mind. There was a boom mentality around VR for a little while, but I’ve always been very skeptical of that. I’ve never been running around saying there will be 10 million headsets this year. It’s not realistic to assume that. Gamers love VR and they’re excited about VR, but we need better hardware and better content. Over time, a big chunk of the $100 billion gaming market is going to move to VR, but it’ll take some time. 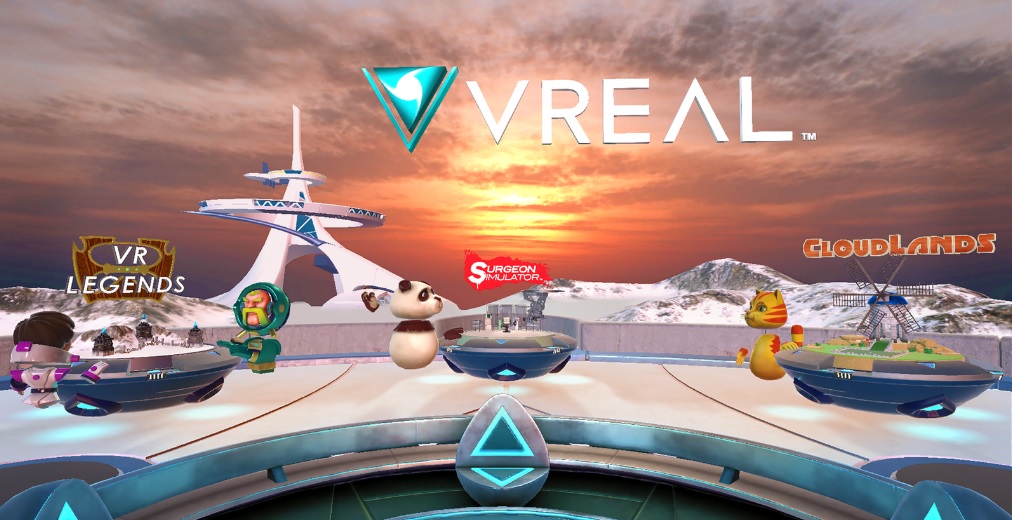 Above: Vreal has a lobby where players can gather.

GamesBeat: Are you supporting Gear VR, or other mobile VR?

Hooper: Gear VR and Daydream are great platforms, but right now, most streamers and most of the audience are both creating and consuming their content on PC. Mobile VR is ultimately interesting to us, but we think there’s a lot of interest around the high-end native VR experience. There’s a lot of interest around this kind of experience. Mobile VR is still outside the bounds of that right now.

Hooper: Exactly. It tends to be a lot of 360 video content, which is great, but it doesn’t have the agency that most gamers want to have inside a virtual world. In this example, they get agency through different camera views that can switch around. When you put the headset on earlier, you could interact and move around the world in the way you wanted to. It’s hard to deliver that experience on mobile VR.

Ultimately, because we have the native VR streaming and native VR replay—once you own and control that space, we can support content creation that works for those platforms. Once you have it, rendering it and outputting it is just a matter of what you want to do. We can essentially simulcast. If you have a headset and we’re watching on Twitch or YouTube and someone else is mobile only, you’ll be watching in native VR, we’ll be watching on our computers, and it’ll be rendered as a 360 video that he consumes later in a way that works for him.

GamesBeat: How is the communal viewing situation shaping up? Do you think that could be a big thing?

Hooper: That’s one thing Netflix has in their VR theater. We feel like for gamers it’s going to be a bit more interactive. The excitement of the experience that you just had, where there’s a bit more interaction and freedom. It’s less passive. In Twitch the equivalent is talking with a bunch of emotes and hammering away in the chat. For us, we think it’ll be the physicality of being in a space with people.

GamesBeat: How would you compare this to the social VR that Facebook was showing off?

The Facebook stuff is great. I saw it before they announced it and thought it was very cool. But it’s not around broadcasting or streaming games. It’s a different experience. It’s more of a social experience. That’s part of what VR needs, though. It needs better social experiences. To see Facebook commit to that—it’s good to see the redoubled commitment to Oculus. What Facebook’s doing in social VR is good news for the industry.

GamesBeat: They seem to be working on getting the exact facial expressions.

Hooper: It’s awesome. Having that avatar technology which can then be part of other social experiences that can come around is important for the industry. You saw in our experience that our feel is much more game-like. It’s less about your real identify, how you really look, and more about how you want to be, your gamertag. We think that’s a better match for gamers, but it doesn’t mean you couldn’t pull in some of that Facebook stuff. 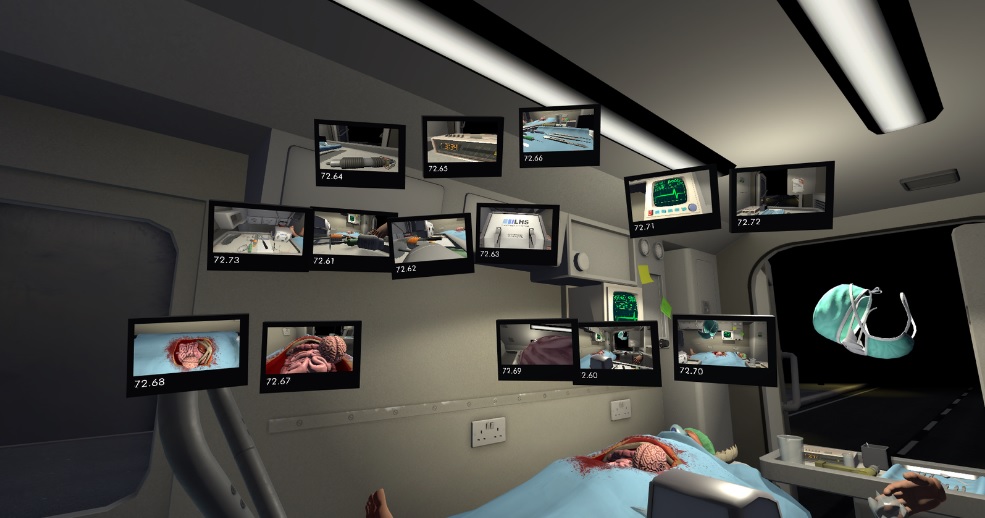 Above: Vreal lets you put cameras to record a VR scene from any angle.

GamesBeat: Over time, would you want to add things like facial expressions?