Hooper: If you look at what they did with Oculus, the avatars they offered with Oculus were basically an SDK that developers could push in. My understanding of the way Facebook is building that avatar system is that any developer on their platform could pull it in and leverage those. As their avatar tech gets better and the headsets get better, you could render full facial expressions, which is great. The social interaction now is fun, but it’d be great to take it to the next level over a year or two, where there’s more input and we can capture social interaction cues that currently get missed in VR.

Even as it stands now, the body language and the physicality—there’s a level of presence there. We’ve seen that people follow social norms. When someone’s speaking, you turn your head and look at them. You tend to feel like you’re in that space with somebody. I was watching a video of you in there. You have a very distinctive way of talking with your hands. You cue into that quickly. I don’t even have to see the nametags or hear the voices to know who is who in the space. You see people that are very active, moving around a lot, and others that are more focused on individual interaction. They want to high-five, do things like that.

One thing I’ve learned in the last year is that those things are emergent. The behavior of people in virtual spaces is an emergent behavior. We don’t know what that’s going to look like in every case. We want to make sure that we capture it and we take our time to get it right. We’ll see what the audience wants to do. I don’t think we could have predicted this kind of social immersion and interaction five years ago. If you show it to a lot of people today they still don’t understand the emotes and all that kind of stuff.

GamesBeat: I just did a demo of Wilson’s Heart. That was pretty scary. Horror seems to be a good genre for VR.

Hooper: That’s something we’ve seen. A lot of people stream horror. They like that rush, the intensity. That could be a lot of fun. We’ll have to put a screaming filter on the audio. I must admit, I find horror games fun, but I think it might be too much in VR. When I play those games, it helps me to be able to look away, to leave the lights on. When you’re in a headset and you’re in a dark room, that doesn’t work.

Have you seen the Microsoft headsets that were showing at GDC?

GamesBeat: Not really? I’m a bit confused by what they’re doing. I don’t know whether they’re just putting a spec out there or if they’ll be doing something serious for Scorpio. 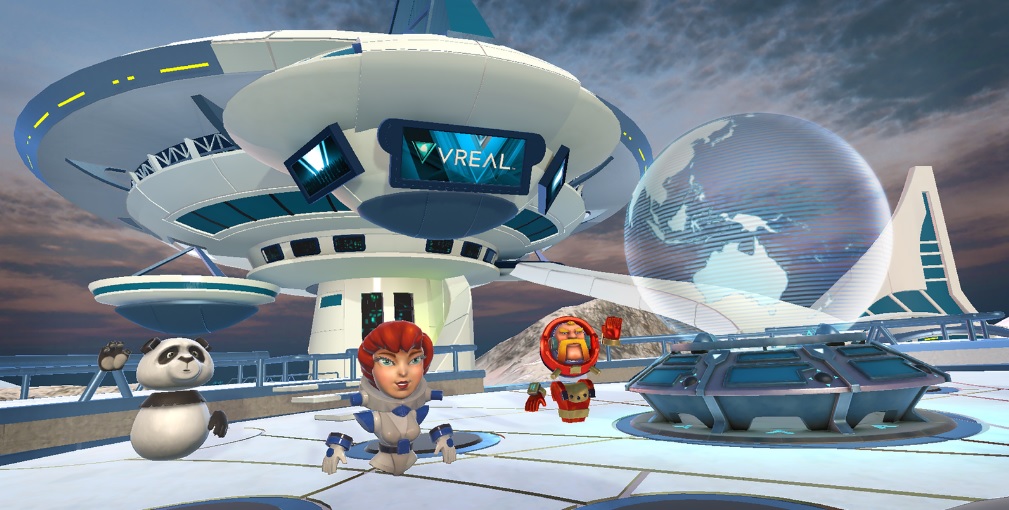 Hooper: There were images of real development kits out there. I can’t say if we have them or not. [laughs] But I think it’s good. The big companies have come in and committed to the space. Facebook redoubling their commitment is great. Microsoft, being one of the prime movers on the PC platform, is great. It’s just a matter of—we need better performance in the headsets. We need better form factors. We need lower price points. We need better content. All of those things are coming.

We have a Slack channel for interesting games. I’d say that every day or two there’s some interesting new piece of VR content. If you go back and look at the state of the art two years ago, people have learned and figured out how to create better VR content. That’s the wave we see VReal riding. People will want to share that content. We want to be the best way to broadcast entertainment content to an audience.

If you think about the birth of TV, watching the really early TV shows, those were radio shows where someone stuck a camera in the room. It wasn’t until it started to progress that people figured out what the medium could do. When people realized they weren’t limited by the bounds of what they used to do—that’s a lot of what we’re trying to do. We want to give people the broadest playground, developers and content creators, to make interesting things and create these emergent experiences. They’re more creative than we are. But even they don’t know what the ultimate shape will be. Trying to form that experience into something specific isn’t going to help anyone.

The HyperRPG experience and the Rooster Teeth experience are totally different. One thing we found that was interesting when we showed the demo—when he showed you how to spawn a camera, I bet you held it up in front of your face. 90 percent of people do that. I did it. The content creators do it for two seconds, and then they spawn another camera, and then they move the cameras all around. They’re thinking about how to create entertainment. They approach it from a different angle than technologists. The people in the team here who are streamers and content creators take that approach, whereas others think of the camera like they do when they take photos of their dog. Content creators turn the cameras around and put it on themselves. They want to put on a show. It’s a different approach. Working with content creators early has been very valuable for us.

That panda-in-a-jar thing I was showing you, it took me about six months before I figured that out. The Rooster Teeth guys came up with it in an hour. It’s in the first show they did. Then they did another one, a panda hiding in the instrument drawer in Surgeon Simulator. They found stuff in an hour that we hadn’t come up with after doing demos for a long time.

GamesBeat: You talked about sponsorships being important. How do you generate revenue while you’re waiting for everything to materialize?

Hooper: The shows we’re working with so far, we’ve been sponsored by Akamai and Alienware. There are corporate sponsors out there looking to support VR and show that they’re on the cutting edge. Akamai has been fantastic to work with. They sponsor both the Rooster Teeth show and the HyperRPG show.

Ultimately, if you look at how Twitch and YouTube monetize, it’s definitely advertising, subscriptions, premium content. We think all those things will be in the future for VR. They’ll take a little while to get here. We’d be interested in experimenting with those things over the next year. But the focus is delivering an awesome experience, getting an audience that’s engaged, and then the audience will tell you how they want to pay for the content. If they want to watch advertising, if they’d rather pay for premium content, those are the things audiences are pretty good at signaling.

Also, the audience in VR is so much more engaged and so much more present. There are other opportunities based around that. You’re in there as an avatar. Things are moving around. You can imagine people saying, “I want this sort of avatar with this kind of item.” The digital goods model is pretty interesting for us. Especially when you’re in VR. It’s one thing to have a digital good in a chat or something like that. But in VR it feels more like a real object. A lot of the Asian video platforms have moved to this model of virtual objects as donations. That kind of idea is pretty interesting. 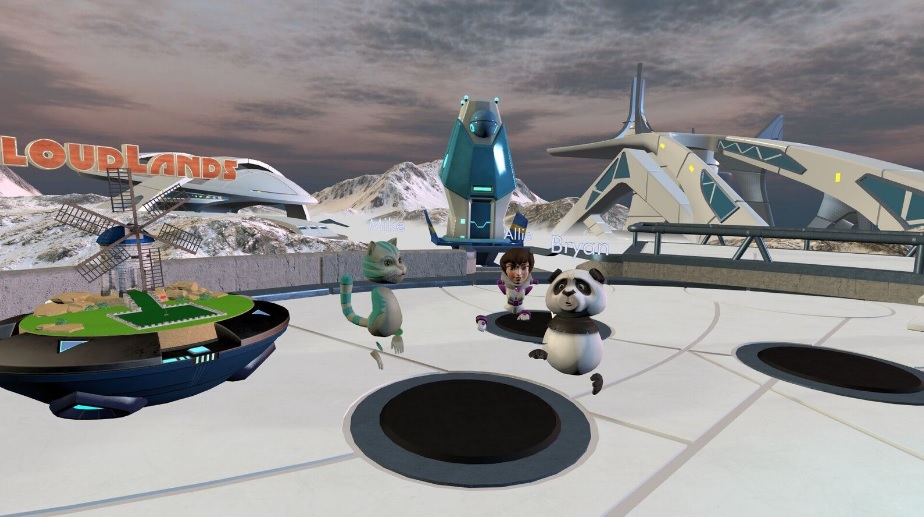 GamesBeat: Twitch seems to be getting there with their gifting features.

Hooper: Right, absolutely. Twitch is doing a lot of that. In VR those things could be even more powerful. It’s one thing to buy an icon on the screen, and another to hand you a virtual object.

GamesBeat: How many people do you have right now?

Hooper: 20 of us. The VR market is definitely maturing. There’s less hype, but more reality. Enough people are out there with headsets that we’re getting to a point that you can put a product out, build a community around it, get people engaged in things like this, and people understand what you’re talking about. A year ago it was still pretty hard for us to explain what we were doing. People just didn’t understand it.

A year ago, when we did the demos, people were just amazed to be in VR. Getting through that to talk about what VReal does was actually pretty hard. Now, most people we’ve been speaking to have had some VR experiences. They can absorb the difference between what VReal is and simply being in VR.

The interest level in VR from audiences like the HyperRPG viewers is really good. We surveyed the audience, and 28 percent of them said they either own VR or plan to buy it in the next year. That was a lot higher than I thought it would be.

GamesBeat: What’s your process for getting to new platforms? The Surgeon Simulator guys integrate you and you’re in the game. If they go to PS4, are you on that platform too?

Hooper: We aren’t today, because again, we’re focused on the PC. But we’re platform agnostic, yes. PlayStation is interesting as a consumption platform. It’s the platform that a lot of the audience—as a first VR option it’s the best combination of performance and price point. A lot of gamers, I think, will put that headset on and want to watch stuff in VR.