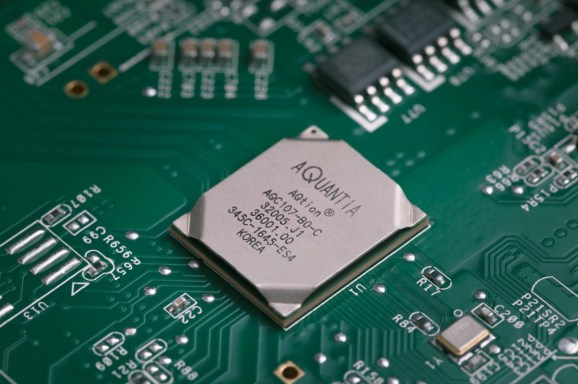 Aquantia is introducing new network interface cards (NICs) that can transfer data on home and enterprise networks at multiple gigabits per second.

In doing so, the company is speeding up the flow of data at the edge of the networks, such as PCs in enterprises or networks of gaming machines that are wired together. While many Ethernet cable connections have been stuck at 1 gigabit per second (Gbps), Aquantia and its rivals are enabling transfer speeds of 2.5 Gbps to 10 Gbps.

Sadly, this doesn’t mean you will get Internet speeds of 10 Gbps. These numbers apply only the speeds that are possible inside a network, such as on an enterprise computer network or in a local area network of game machines. Most homes and enterprises can’t connect at the same speeds to the Internet, since the access to the Internet is slower than 10 Gbps. (For instance, my cable modem gets me access the Internet at about 100 megabits per second). 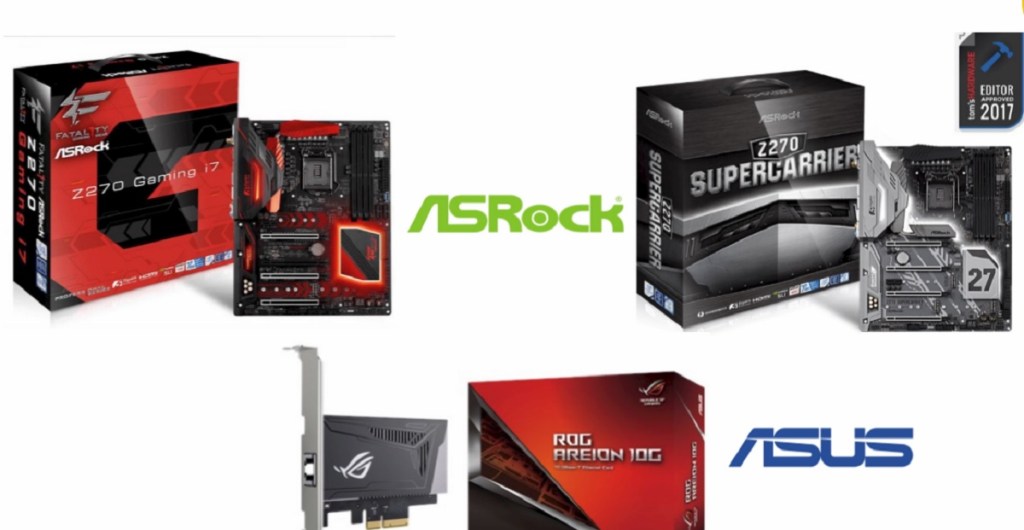 Above: Gaming vendors are shipping Multi-Gig adapters with Aquantia chips.

The NICs comply with the engineering standard, dubbed IEEE 802.3bz, which was ratified in September 2016. These adapters are also backward-compatible with older 1000BASE-T Ethernet connections. The AQtion AQN-107 NIC has the added benefit of supporting 10GBASE-T Ethernet in compliance with the IEEE 802.3an standard. Aquantia helped define the standards.

“The standard was very challenging to meet because it demanded almost a theoretical limit of performance from the cables,” said Kamal Dalmia, senior vice president of sales and marketing at Aquantia, in an interview with GamesBeat. “There are massive bottlenecks in the network, and we are trying to eliminate them.”

The high-performance AQtion NIC product line is built for people who need the fastest possible networking tasks such as multimedia, education, medical or gaming applications.

“With data workloads increasing rapidly and with PC gaming rising in popularity, breaking the gigabit plane and moving to multi-gigabit PC Ethernet speeds should be a game-changer for high-performance users,” Huang said in a statement. 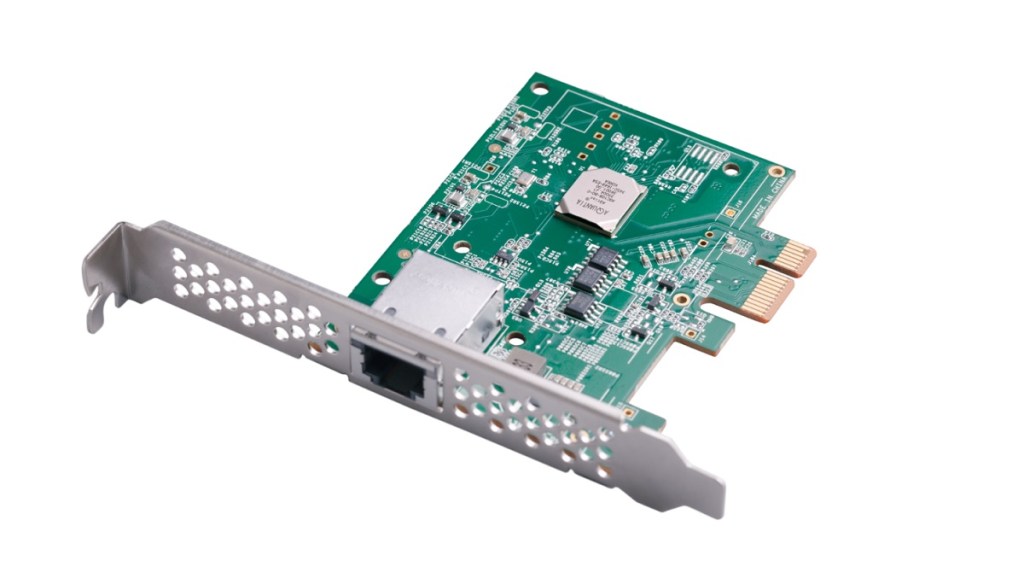 Faraj Aalaei, CEO of Aquantia, said in an interview that we’re about to drown in a tsunami of data, and our networks have to be upgraded to deal with it. For instance, if someone has to share an engineering drawing with a coworker, they could try sharing over the Internet and it could take forever. But if they share it on a network that runs at 10 Gbps within the company, it could take a lot less time.

Likewise, players who are fighting each other in an esports tournament could play a game on a high-speed local area network against each other. That would enable the players to play a game has high speeds, without being interrupted by Internet-related delays.

Aquantia’s investors include Cisco, Intel Capital, Global Foundries, the Venture Tech Alliance, Xilinx, NEA, Pinnacle Ventures, Rusnano, Waldern Riverwood, Greylock Partners, Lightspeed Venture Partners, and Credit Suisse. Aquantia was founded in 2005, and it has 230 employees. Rivals include Broadcom, but Aquantia is the only vendor shipping Multi-Gig chips today. The company has been profitable for a couple of years, Aalaei said.