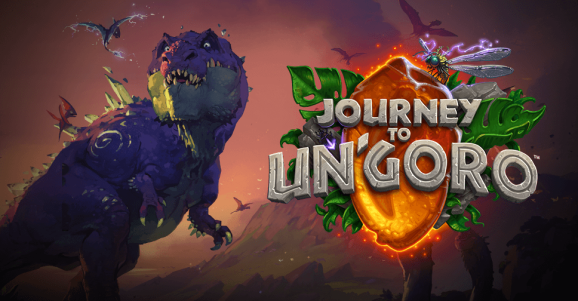 Sharing and playing Hearthstone with your friends is about to get easier and more rewarding. And Blizzard is hoping you appreciate it — so much so that you’ll keep logging in to play every day.

The studio announced two big features coming to Hearthstone, its digital card game behemoth for PC and mobile, in the coming weeks. Friendly Challenge will let players complete their daily quests while competing against people on their friends list. Blizzard is also finally making it easier to share decks with friends. You can now copy a code inside the game that will share your deck with anyone. And, if you have a code copied yourself, Hearthstone will know and ask if you want to import it.

Not only are these big quality-of-life updates for the free-to-play game, but they go a long way toward pleasing a player base that always feels like it’s on the verge of a revolt. Fans have actually celebrated the latest expansion, Journey to Un’Goro, for creating a competitive environment where many deck types are viable. The new set has helped Hearthstone reverse some community dissatisfaction after the Mean Streets of Gadgetzan expansion, with research firm SuperData noting that mobile revenues for Hearthstone doubled in March compared to February just because of preorders for Un’Goro. Hearthstone now has more than 70 million registered players. But that doesn’t mean that Hearthstone’s community is holding hands and singing peace songs.

Fans and influencers are criticizing Hearthstone for things like its cost, lack of attention to Arena (the draft-a-deck mode where classes like Mage and Rogue are running rampant), and the addition of meaningful features. Just yesterday, popular Hearthstone streamer Kripparian released a video titled “The Big Problems in Hearthstone,” where he goes over many of these complaints. The video has over 200,000 views and an overwhelming majority of likes vs. dislikes.

Many complain that Hearthstone does not have the features that such a popular game should — like a better spectator system or built-in tournament modes — especially since its been out since 2014. It’s even become a meme to jokingly call Blizzard a “small indie company,” a jab at the giant developer for appearing slow to implement changes or requested features. Of course, none of us really comprehend the complexities behind developing and maintaining a game like Hearthstone. Still, whether true or, not Blizzard has to combat this image of a lazy company that isn’t listening to fans.

Blizzard has not addressed the cost or Arena issues, but these new features can calm some angry fans. Also, being able to complete quests with friends might be a small fix for the cost problem. Doing those daily tasks with buddies can be easier than doing them in competitive environments with strangers, which can net players in-game gold more quickly.

Still, this is a reminder that Blizzard needs to do more than release good expansions to keep Hearthstone players happy.