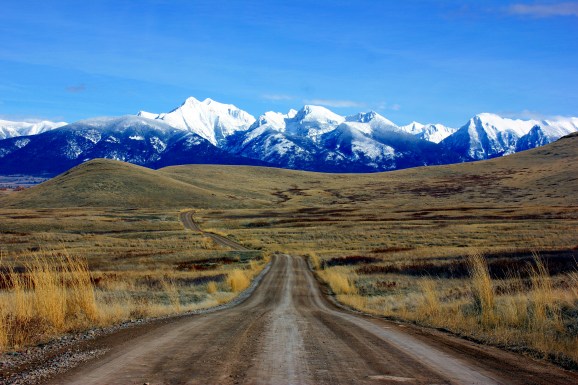 In a month, the industry will gather in Los Angeles for the Electronic Entertainment Expo tradeshow, but Ubisoft isn’t waiting for that event to reveal some of its new games.

The French publisher revealed that it is making Far Cry 5 on its official forum pages. In a post, the company showed off a logo … and not much else. We have no date, setting, or media. But this is right in line with recent rumors that Ubisoft was planning a new game in the Far Cry series, which typically has players exploring an open world filled with dangerous enemies and animals. Reports also alleged that the game will take place in modern-day Montana — although that is still not confirmed.

The last Far Cry, subtitled Primal, debuted in early 2016. It was a spinoff of Far Cry 4, which took place in the Himalayan mountain and debuted in November 2014. Each game, like all of its predecessors, were open-world adventures where players take on enemy encampments, hunt animals for resources, and craft tools. Far Cry 5 will likely follow a similar setup.

Above: Far Cry 5 is happening.