Microsoft today released a new Windows 10 preview for PCs. This is the second build of the upcoming Windows 10 Fall Creators Update, which is slated to arrive later this year (likely in September). New features include more My People additions. 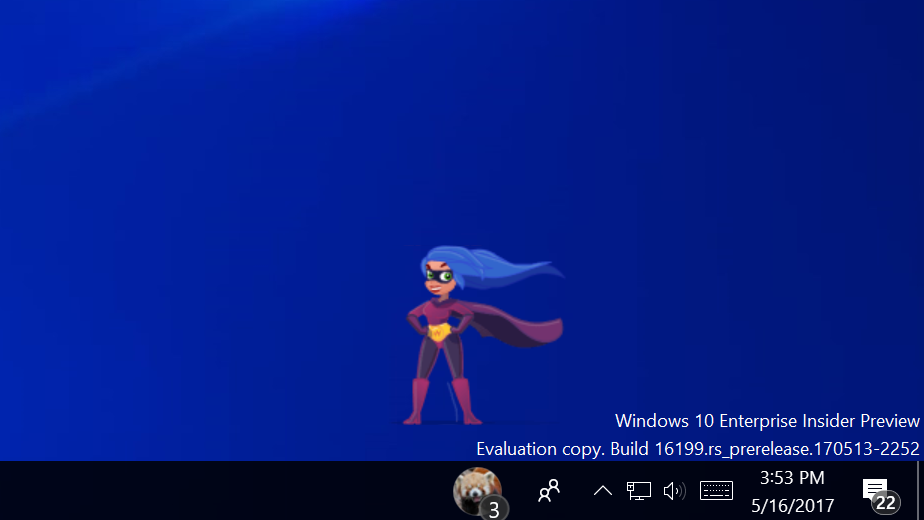 Microsoft originally unveiled My People in October 2016, when the Creators Update was announced, but the release has been delayed until later this year. The company is still working on the feature, adding animated emojis above the taskbar (shown above), a counter for unseen messages, and the ability to share files with people via drag-and-drop or via the share picker by choosing from a list of people recommended to email.

Next, the Game Settings menu has been improved. You can now broadcast only the game’s audio (Settings => Gaming => Broadcasting => choose “Per-app audio”) via Beam, as opposed to the audio for your entire PC. Audio settings has been renamed to Game DVR in Game bar, with per-app audio settings also included. There’s also a new Game Monitor page, but it’s for a future feature and doesn’t do anything right now. 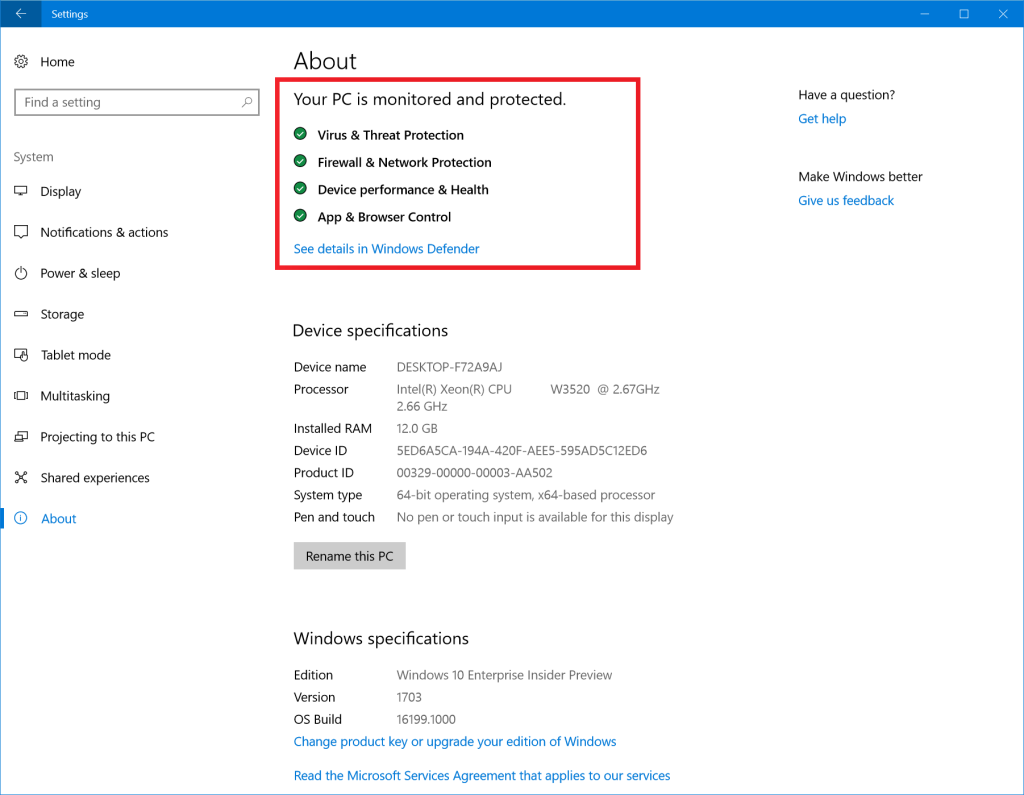 Speaking of settings, the About Settings page has been integrated with System Health. A health section has been added that pulls in information from the Windows Defender Security Center so you can see your system health at a glance. 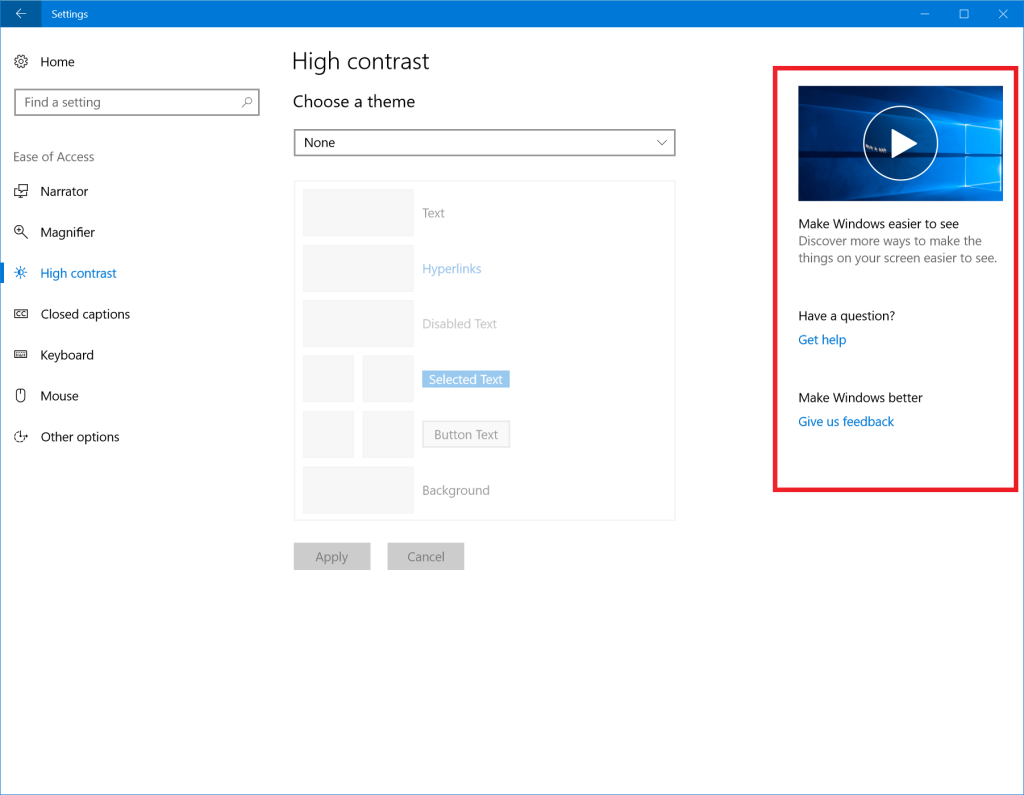 Tips and videos are being added to Settings. Depending on the size of the Settings window, you will find tips either at the bottom or on the side of the page. 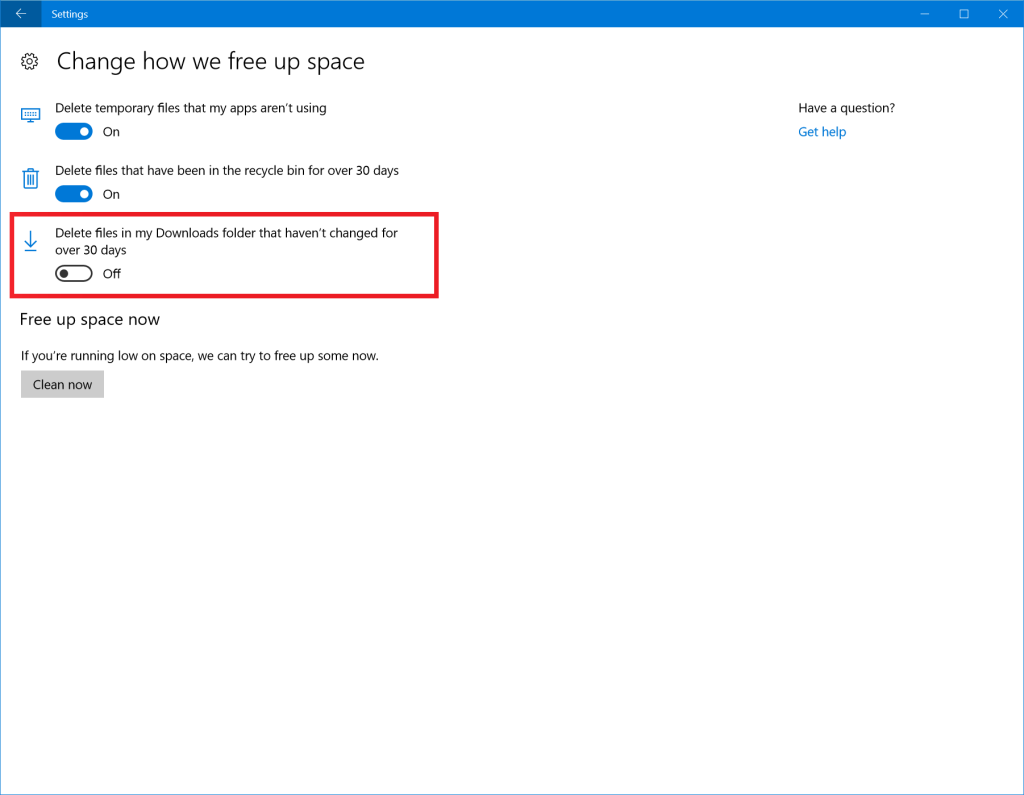 Storage Sense automatically frees up space on your computer. The feature now lets you choose to automatically clean up files that have been unchanged in your Downloads folder for 30 days. Just go to Settings => System => Storage and click on “Change how we free up space.” I will personally find this super useful if I ever remember to turn it on.

If you have Cortana for Android, incoming call notifications are now available. Go to Settings => Sync notifications and turn on all the Cortana cross-device features. The next time you receive a call, a notification will appear on your Windows 10 PC telling you who it is and giving you the option to text back a reply or decline the call.

If you’re okay with the above and want to get build 16199 now, head to PC Settings, select “Update and recovery,” then “Preview builds,” and then click the “Check Now” button.

Microsoft also released a new Windows 10 Mobile build today. Given that the OS didn’t even get a mention at Build last week, we’re not sure why Microsoft is still bothering.