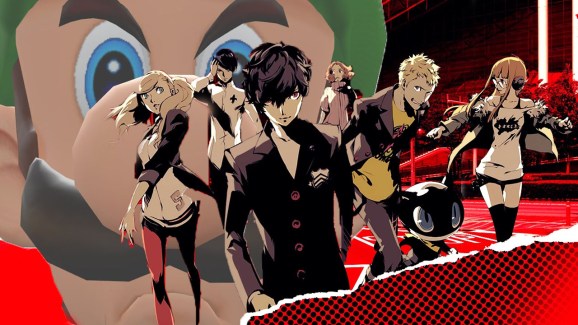 Nintendo Switch and Mario Kart powered the gaming industry in the United States to another upswing in spending last month.

U.S. consumers spent $636 million on video games and related hardware and products in April, according to industry-tracking firm The NPD Group. That’s up 10 percent year-over-year from $577 million. Mario Kart 8 Deluxe and The Legend of Zelda: Breath of the Wild both powered Nintendo to huge sales, but Persona 5 also contributed heavily to April’s positive results.

Nintendo’s return to form with the Switch indicates that the company’s failed Wii U was one of the primary reasons game spending has seen year-over-year declines so consistently over the last two years. With a successful third console on the market, it’s possible that U.S. game revenues could get back on a path for growth — at least as far as physical and digital sales for consoles are concerned.

And this could mean better sales for new games.

NPD tracks software sales physically and digitally, but it doesn’t have the full digital picture. It only has certain publishers on certain platforms. Notable omissions include Nintendo first-party sales through its own digital store.

Big games from Japan have done blockbuster numbers in the U.S. all year long, and this trend continued in April.

“Video game software dollar sales grew 6 percent versus year ago to $304 million, driven by the launches of Mario Kart 8 Deluxe and Persona 5, along with a strong second month for The Legend of Zelda: Breath of the Wild,” said Piscatella. “Mario Kart 8 Deluxe was the month’s top-selling title. As a property, Mario Kart is the all-time best-selling racing franchise in the U.S.”

Zelda and Mario Kart will likely chart well all year as more people get their hands on a Switch, and Nintendo isn’t the only company benefiting from the popularity of the Switch.

Nintendo consoles historically aren’t great for third-party publishers (just look at the best-selling 3DS games above), but the Switch — with its portable hybrid design — may give gamers a reason to consider the Nintendo system over the competing systems for multiplatform games. We’ll see if that pans out.

But it’s not all about Nintendo. Sega’s and Atlus’s Persona series has clearly penetrated the mainstream.

Ubisoft’s mammoth 2017 also continues. The publisher’s Wildlands ended April in the top 5 once again, and that makes it the best-selling game of the year so far. For Honor, the company’s sword-fighting online game, is the No. 2 best-selling games in 2017.

Finally, you may have noticed that 2012’s Call of Duty: Black Ops II outsold Call of Duty: Infinite Warfare. That’s because you can now play the Xbox 360 version on the Xbox One, and that juiced the game’s sales.

Now, here are the best-selling games for each system in April:

Best selling games of 2017 through April

The Nintendo Switch outsold PlayStation 4 and Xbox One for the second month in a row. Nintendo still seems like it is selling every Switch it makes as soon as they hit retail, with most people reporting that they still haven’t seen one on store shelves.

“Hardware spending jumped 37 percent compared to April 2016, to $195 million,” said Piscatella. “The Nintendo Switch was the catalyst for this growth with sales exceeding 280,000 units. The industry drove the highest April hardware dollar sales since April 2011.”

But Nintendo actually had the No. 2 best-selling system in April as well.

“Nintendo owned the top 2 platforms in unit sales for the month, with the Nintendo Switch at No. 1, followed by NES Classic,” said Piscatella.

Nintendo’s Pro Controller was the No. 1 selling gamepad in April, and it helped push sales of that category up year-over-year.