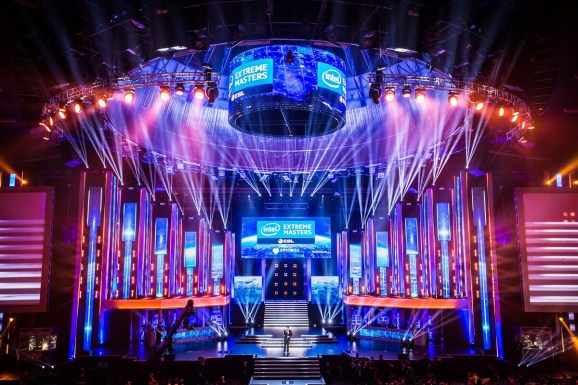 Facebook wants its millions of users to watch the high-stakes world of competitive video gaming.

The social networking giant said Thursday that it has partnered with ESL, formerly known as the Electronic Sports League, to live stream video game tournaments, also known as eSports.

As part of the deal, Facebook will live stream upcoming ESL contests in which players battle each other in the first-person military shooter game, Counter-Strike: Global Offensive. Facebook will also host a weekly show dedicated to highlights and interviews with players participating in the Counter Strike tournament.

ESL, the most popular eSports company, hosts popular online tournaments through partnerships with some of the biggest gaming publishers and distributors in the world like Blizzard Entertainment and Valve. People typically watch ESL’s video game tournaments via online streaming services like Google’s YouTube and Twitch, which is owned by Amazon.

Each week ESL will live stream 30 hours of Counter-Strike tournaments, known as RankS competitions, via Facebook, the companies said. The RankS competition involves 300 gamers from North America and Europe who battle to win a cut of the $40,000 prize money ESL awards each month. In total, ESL plans to broadcast over 5,500 hours of gaming tournaments, starting in June.

“With over 1.94 billion monthly active users on Facebook, this is a huge step toward expanding the reach of eSports among mainstream audiences,” ESL vice president of social media and editorial Johannes Schiefer said in a statement.

Facebook live-streaming eSports competitions on its service puts the company in direct competition with Amazon, Google, and Microsoft, which are all vying to be the leaders in online broadcasting of gaming tournaments.

Microsoft said in March that its Xbox One users would be able to broadcast their video game sessions through its new live-streaming service Beam Streaming.