I played in one of the first hands-on gameplay sessions yesterday with Bungie’s Destiny 2.

And I wasn’t all that bad at it. The gunplay in Destiny 2 feels much better than it did back when the original Destiny debuted in 2014. Back then, it felt harder to hit a target and bring it down all by yourself. This time, while playing solo and in co-op mode on the PlayStation 4 and the PC, I felt like I was in control. I was able to capture video of my co-op Strike session on a map called Inverted Spire.

I could target one of the alien enemies and pump it full of shots and watch it fall before I turned to the next one. Not every enemy was easy to hit. Some were shielded, and some hid behind obstacles. Others charged in an attempt to overwhelm me at close quarters. But I didn’t die that much, and that’s what you want in a beginner’s mission. I had to shoot everything nonstop and keep moving. 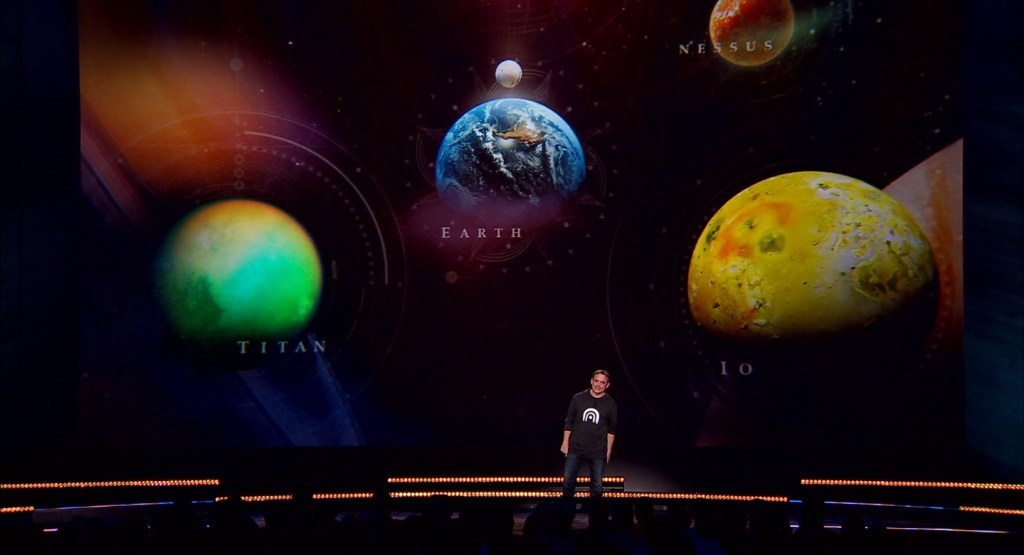 Above: Oh the places you’ll go.

With the co-op game, I played with two others proved to be better shots than me. I was a sniper, and so I hung back to pick off the enemies from a distance. The enemies were plentiful, but we were able to flank them and take them down while they were shooting in another direction.

During one part, I had a lot of difficulty getting past a machine that was like a giant meat grinder. It kept chewing me up. But my comrades didn’t give up on me. They kept on coming back to revive me until we got past the machine. I was touched by that, and it made me want to continue.

It was fun to fly through the air and hover above enemies while raining bullets down on them. And the final boss was a difficult battle that required all of our skills to win. We had to fight smaller enemies at the same time we had to keep harassing the giant boss. It was a relief when we finally took that sucker down. Check it out. I think you’ll agree the action is frenzied and fierce.