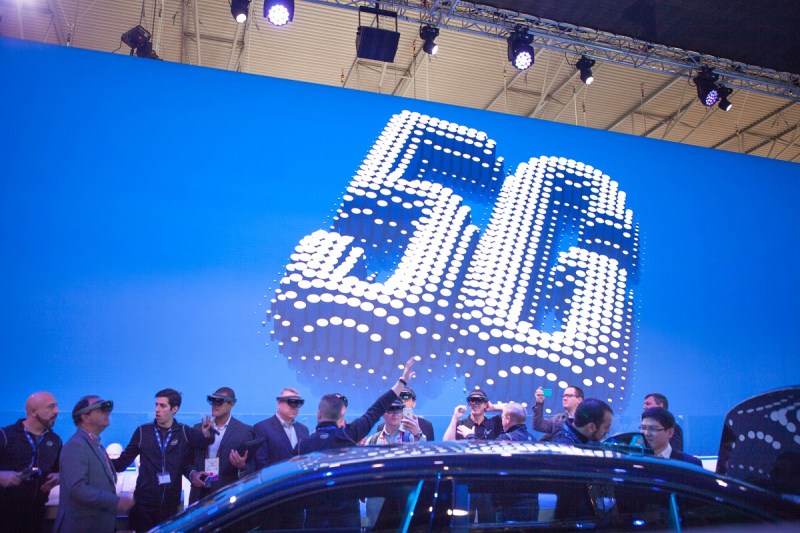 Above: Scenes from Mobile World Congress 2017 on Feb. 27, 2017, including the Intel demonstration booth.

VB: You had a demo on autonomous cars where you could have cameras taking video, analyzing traffic, and passing along warnings to cars about a hazard ahead. How would that example work in this kind of network setup?

Topol: There will be a lot of hardware tools on the vehicle to allow it to see. Whether it’s lidar or computer vision functions, many of those things will be onboard to the car, allowing it to see things that are happening around it. What we were showing with that demonstration is a capability called V-to-X – vehicle to infrastructure, vehicle to pedestrian, or vehicle to vehicle. You’re utilizing the other objects and using a network to give the car vision beyond things it can’t see through the mechanisms in the car itself. Something that’s happening around the corner or further ahead.

V-to-X complements the autonomous driving functions that already exist in the car. We were showing how that functionality is complementary. It’ll bring additional safety, additional efficiency, routing the car the right way if it can see something forward that computer vision or Lidar can’t see. That’s currently a standard being set and put forward through 3GPP. You’ll see it flourish when you get to 5G. That’s the point where you’ve built a protocol and a network where all these machines can speak to each other, speak through a network as necessary, and it can be quickly accessed by anything moving, like the vehicle. You’ll see this start in 4G networks, but it’ll flourish when you get to 5G.

VB: In that particular example, would it be more like local communication happening, and not so much pressure on the network?

Topol: Exactly. It can be that it goes further back into a network. If there’s information that’s valuable for traffic safety, or the public sector, or even the car manufacturer, it can go there. But yes, V-to-X is designed more to give vision to the vehicle where it can’t see through the tools it has onboard.

VB: What other scenarios are the selling points of 5G? What do you think will turn out to be the most valuable applications?

Topol: It’s a tough one, because when we build a new air interface like this—you typically build it with a set of known use cases, but it’s the unknown use cases that will proliferate and in the end benefit from the network you put forward. You always try to build that air interface with as much flexibility as possible. You typically set your targets for bandwidth or latency far ahead of the use cases you have today.

If you look back at LTE—if we were doing this interview 10 years ago, I’d talk about some of the use cases, but the smartphone probably wouldn’t be one of them. It wasn’t even shipping in high volume yet. It was considered more of a novelty. Most of us still carried PDAs. We can see what happened over 10 years — how touch, data, apps, media, and gaming changed the way we look at mobility and the power of something we can carry with us.

We set out several initial tracks. We think the car is something that goes through significant change in the next five to six years. The experience in the car will be more like the one we have in our office or at home. It’ll be a place for productivity or entertainment. We see the capabilities 5G can bring to drones, whether it’s for the pro-sumer or the casual user that wants to do video capture, but even going beyond line of sight. Think of the drone racers that want to do courses covering miles, not just within wi-fi range, or the industrial use cases like doing extended logistics delivery or even remote observation.

We see the same in fixed wireless, where we can beyond the places fiber cables go today for work and enterprise. But to be honest, there are unknowns. A big unknown is where this takes media experience. We work with several media partners. We’re at the tip of the iceberg with VR. When you start to talk about augmented and mixed reality, and going further into what’s called collaborative augmented reality, where more than two people are working in the same mixed reality environment—you’re talking about huge complexity in the way those images and things are captured.

The volumetrics you go through to assemble that image, and then transmitting that between two people—there’s a ton of work to do there, but it’s a 5G network and 5G air interface that opens up those doors. It gives you to the broadband capability for multi-gigabit-per-second connections. It also gives you low latency. When you put on a VR headset, there are probably times where you felt a little dizzy, or the image wasn’t exactly right. The biggest issue, typically, is latency. Getting down to a millisecond of latency on the edge of the network will make that a very crisp experience, without any motion sickness or things like that.

Media and the viewing experience is a big opportunity for 5G. We’re just at the tip of the iceberg, though. 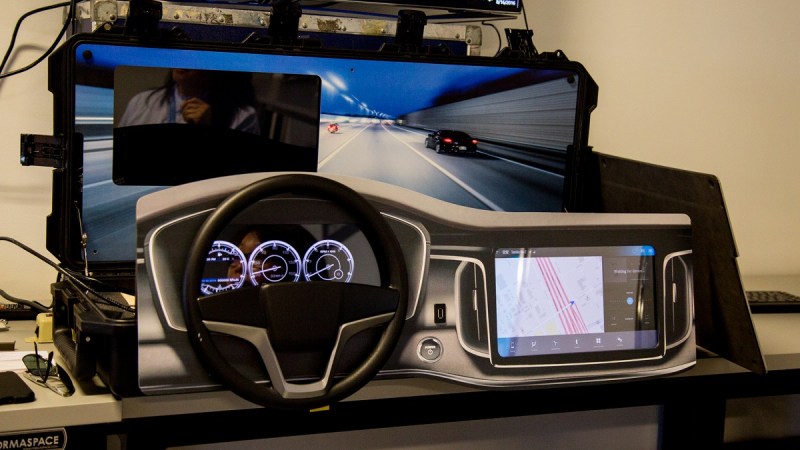 VB: Are you still confident that the U.S. is in as good a spot as other countries or regions as far as preparing for 5G?

Topol: We are. We’ve made good strides in ensuring millimeter wave spectrum is available for use in experimental licenses and testing. It’s important, though, that the U.S. ensures we have sub-6Ghz spectrum available as well. There’s a lot of work going on around that. We see much of the world targeting both sub-6Ghz, this lower frequency spectrum, as well as millimeter wave.

We’re in a good position. That’s based on the assumption that we continue to explore and make sub-6Ghz spectrum available as well. That’s where the first deployments will be for mobility. It’s an easier spectrum to work with for mobile applications, mobile devices. You’ll see millimeter wave start as a fixed capability – home, enterprise, other places – but as those networks start to deploy further, millimeter wave will become a huge thrust and basis for networks as you go into the middle and latter parts of 5G.

VB: Things like net neutrality, are you weighing in on that as far as how it relates to 5G?

Topol: Not really a stance there. The company that Intel is—our position is to build the use cases, the platforms behind both communications and compute capabilities. We’re fairly partner agnostic. We’re looking for incumbents that have great ideas and businesses in technologies that are sold today. We’re interested in disruptors too. This is a business that goes through significant disruption. We’re making sure our prototypes and products are targeting a mix of incumbents and disruptors. But as far as a stance, I’m probably not the best person to talk about that. Again, we focus on the products.

VB: You had a chip available at CES. How is that moving along?

Topol: We’re doing well. That was the radio transceiver that supports millimeter wave and those sub-6Ghz frequencies. We announced the modem, what’s called the base band. That’s still on track for sampling with partners in the second half of this year. That’s when we can move from our mobile trial platforms – those larger flexible boxes that give us 5G capability – to much smaller modules, smaller chipsets that can go into a mobile-like device or a drone or a smaller gateway inside the home. It gives us tremendous flexibility. That’s all on track. We move on to multi-mode solutions integrating 4G and 5G as we go into 2018 and beyond.