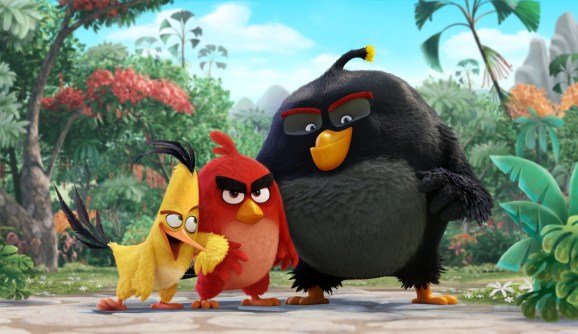 The birds (Chuck, Red, and Bomb) underwent a makeover for the film.

Finnish gaming and entertainment company Rovio has confirmed that a sequel to The Angry Birds Movie is coming on September 20, 2019 — the same year that marks the tenth anniversary of the original Angry Birds game launch.

Rovi CEO Kati Levoranta revealed last year that the company was working on a sequel to the original Angry Birds flick, which hit movie theaters last May. Though it received mixed reviews, the film went on to garner around $350 million at the box office globally on an original production budget of $73 million, though Sony is thought to have spent around $400 million in a promotional blitz.

Building on the momentum of the first movie, Rovio and Sony are pushing ahead with plans to turn Angry Birds into a “global movie brand,” according to a statement issued by Rovio today, with Sony Pictures Imageworks taking on animation duties again for the follow-up.

“Rovio is continuing to focus on creating exciting new stories and experiences around our games, and we’re eager to take fans back into the vibrant Angry Birds world on the big screen,” said Levoranta.

Rovio has struggled over the past few years to evolve beyond its Angry Birds roots on smartphones, reporting financial losses and job losses as it admitted to being too unfocused and attempting “too many things.” However, the company has recovered somewhat, growing its revenues 34 percent to $203 million in 2016 — and that doesn’t include money it made from The Angry Birds Movie.