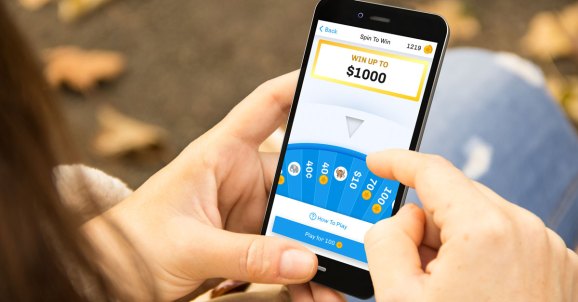 Buying a lottery ticket is fun and easy, but for many people, the only time they’ll ever put money away is if they win a jackpot. Face it, planning for and actually saving money just isn’t as enjoyable. Long Game wants to change that by rewarding individuals when they open a savings account, and the company today announced new funding of $6.6 million to further its mission.

“Forty percent of Americans have no savings, 70 percent have less than $1,000 in savings, and 63 percent can’t cover an unexpected $500 expense,” wrote Long Game’s founder and CEO, Lindsay Holden, in a statement. ”Yet Americans spend almost $70 billion on lottery tickets every year, with the average household spending $540 annually on lottery tickets.”

This somewhat irrational behavior led Holden to tap into behavioral economics to try to understand what motivates people to spend on lottery and gaming. She chose to target a prize-linked approach, which incentivizes people to save money by giving them the rush of lottery gaming.

Long Game users create a savings account and are rewarded with virtual coins, which can be used to play games on the mobile app. “We offer mobile games based on the most popular variable rewards games, such as lottery-style games that work like scratchers, slots-inspired games, and a weekly drawing for up to a million dollars, much like a lottery,” wrote Holden.

Long Game has partnered with Blue Ridge to open and operate savings accounts. It also supports 700 banks across the U.S., meaning that if individuals have a checking account at a supported bank, they will be able to transfer money into their newly opened savings account at Blue Ridge.

“The money that you transfer can be withdrawn at any time, is FDIC insured, and earns point one percent interest, which is higher than most major banks,” Holden wrote. Other banks may not be too happy about a savings account being opened elsewhere, however.

Holden claims that Long Game has nearly 70,000 users who add an average of $60 to their savings account each month using Long Game. The startup takes a percentage from the transactions with Blue Ridge but is eyeing other monetizing outcomes. “As you can imagine, with such consumer engagement, where the user is playing 28 games per week, there are other areas of monetization we might explore down the road,” wrote Holden.

Competitors include other savings apps, like Digit and Clarity Money, but also other, more direct competitors, like Save to Win, another prize-linked savings program.

Collaborative Fund and Thrive Capital led today’s round of $4 million, which comes shortly after the previously undisclosed round of $2.6 million Long Game raised in 2016. The new money will be used for marketing, hiring, and expanding product development.

Founded in 2015, Long Game is based in San Francisco and currently has 10 employees.