One of the most important games to come out in years is celebrating its first anniversary.

Overwatch came out on May 24, 2016 for PlayStation 4, Xbox One, and PC. In one year, Blizzard’s team-based shooter has attracted more than 30 million players. And it’s a paid game, not free-to-play. All of these players spent at least $40 (that’s the cost of the base version on PC, while the console version goes for $60) up front.

And Overwatch keeps making money from players thanks to loot boxes, which you can earn or buy for a chance to unlock cosmetic items. Overwatch has already brought in more than $1 billion in revenue for Activision-Blizzard. The shooter is influencing the entire industry, changing the way that people think about how to monetize their games.

How has Overwatch done so well in such a short time? It’s a great game — we named it our Game of the Year for 2016. But you can attribute its success to more than just quality. 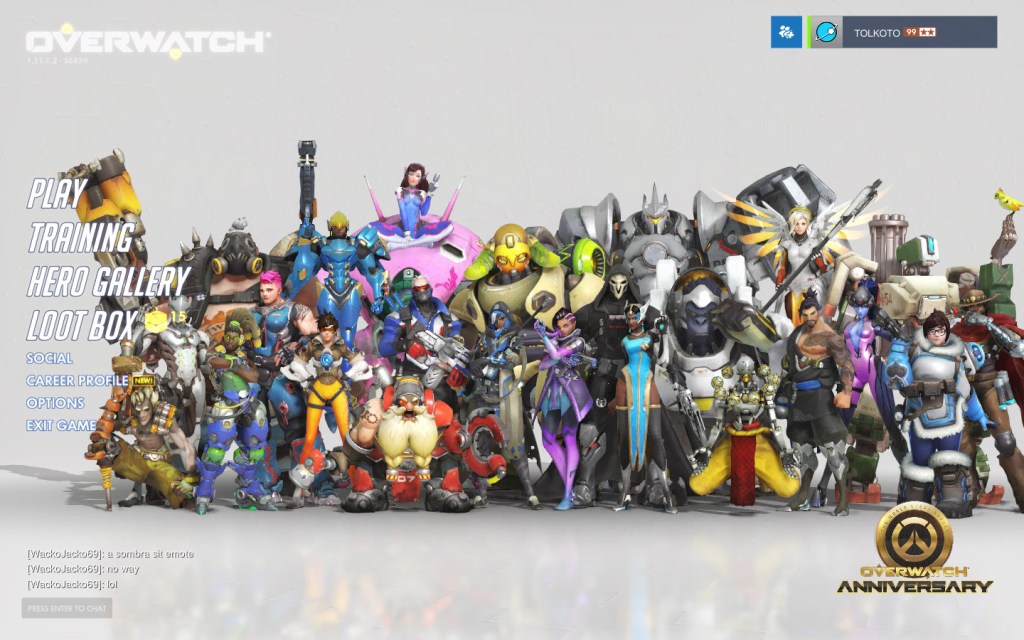 Above: Overwatch is now 1.

When Blizzard first announced Overwatch in 2014, some saw it as a curiosity. For years, Blizzard had focused on its three core franchises: Warcraft, Diablo, and StarCraft. Now, for the first time in decades, it was making something new.

It was also going to be Blizzard’s first shooter. Most of the studio’s fans knew it for strategy games like StarCraft or its massively multiplayer online role-playing game giant, World of Warcraft. Now, Blizzard was going to tackle one of the most popular genres in gaming.

All of this intrigue helped Overwatch grab people’s attention. After years of seeing the same three series from Blizzard, we were finally going to see them start a new series. 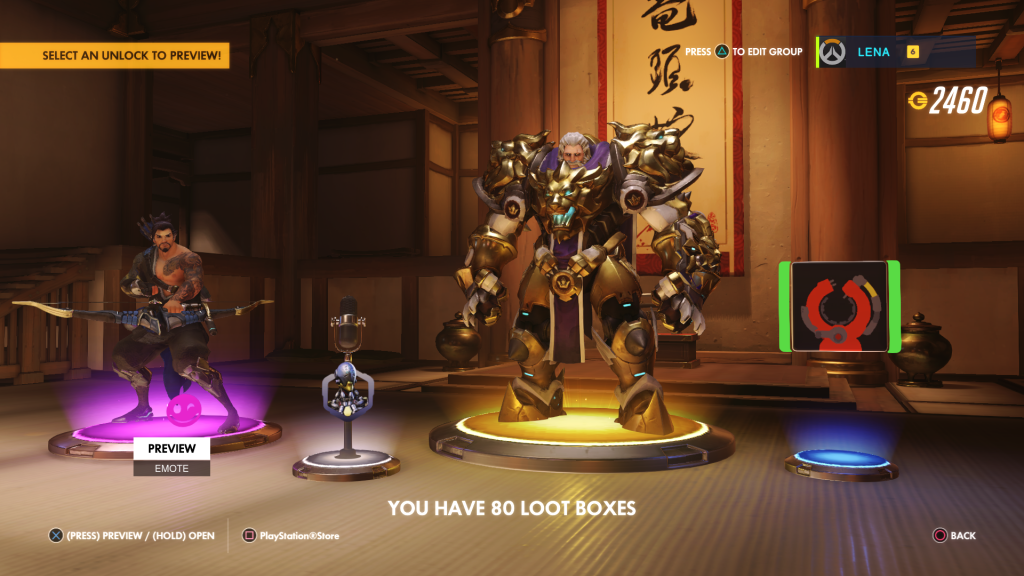 Overwatch confused some folks after its reveal. When we saw the hero-based shooter, many thought it would be a free-to-play game, similar to multiplayer online battle arenas (MOBAs) like League of Legends or even Blizzard’s own Heroes of the Storm, which came out in 2014.

It seemed like free-to-play was where Blizzard was heading in general. Along with Heroes of the Storm, its digital card game Hearthstone was free-to-play and making a lot of money. So why wouldn’t Overwatch follow a similar model?

So when Blizzard said that Overwatch would be a paid game, it caught some observers off-guard. It seemed like a missed opportunity for them to make more cash. Blizzard defended the decision by saying it wanted players to have access to all of the game’s characters (21 at launch, now 24) at all times.

But Blizzard also had a financial plan. While Overwatch doesn’t sell items like new heroes or maps, it does offer loot boxes. You can earn these slowly by playing, most commonly getting one each time you level up your account. Each loot box gives you four random cosmetic items of different rarities: Common, Rare, Epic, and Legendary. You can buy them in bundles, with the cheapest costing $2 for two loot boxes.

These cosmetics included items like new outfits for characters, paint sprays that post little pictures on levels, voice lines that you could have you hero say on command, and more. They don’t impact gameplay at all, so buying a lot of loot boxes doesn’t give you an advantage over other players. 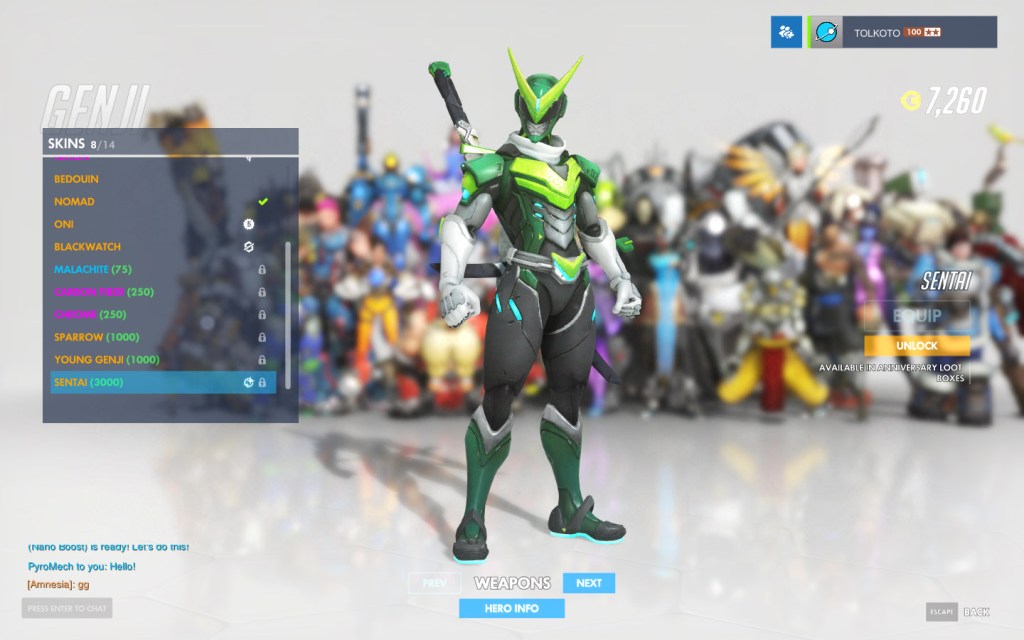 But people want these goodies, even if they don’t give you any advantage. Overwatch is a charming, colorful game with likable characters and a lot of personality. These cosmetic items help players customize their heroes to their own tastes and let them show off to friends, teammates, and competitors.

Blizzard’s real genius showed when it started offering limited time loot boxes. Overwatch celebrates in-game events that last a couple of weeks. These happen about every two months and have themes like Christmas or the Summer Olympics. During the events, you can earn and buy special loot boxes with new cosmetics. But these are only available for as long as the event lasts.

You can practice some patience with the regular loot boxes. You can convince yourself it’s not worth paying money for them since you can earn them for free by playing the game. It takes some time, but they aren’t going anywhere. This isn’t the case for the events. If you don’t unlock that Reaper skin you want before the special loot boxes go away, you’re out of luck. So people spend money to help their odds of unlocking more cosmetics.

While you can argue that the loot box system is a bit manipulative, it beats forcing players to spend money on content like maps or characters. This approach doesn’t split up the community, but it still gives Blizzard a way to monetize the game after its release. The loot box system is becoming more popular around gaming. Blizzard recently adopted it into Heroes of the Storm, and even non-Blizzard games like the recent fighter Injustice 2 uses loot boxes. 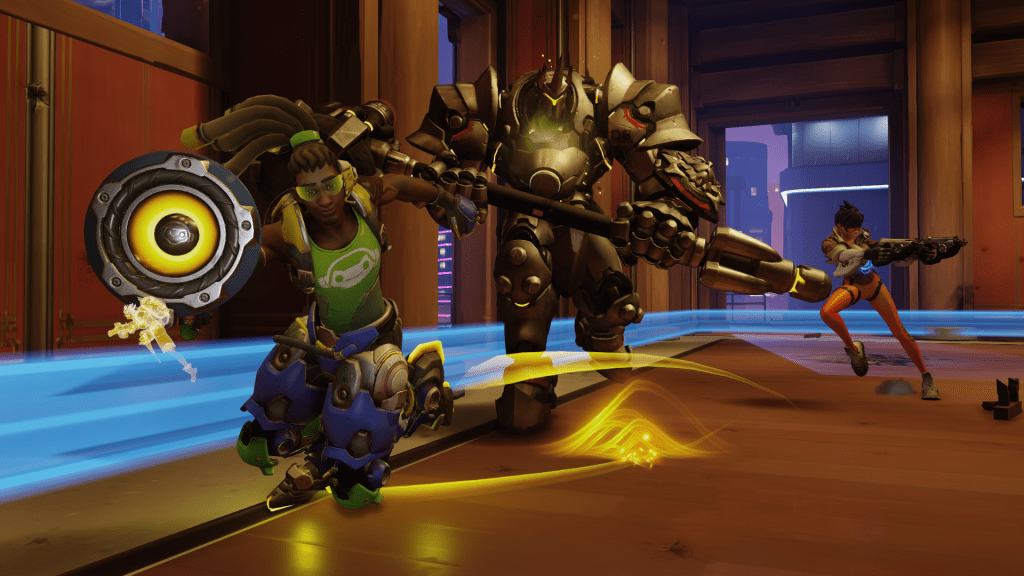 Above: Lucio running away from the nerf hammer.

Overwatch is a competitive game. When you’re playing, you’re trying to win. To keep that experience interesting, Blizzard has to make sure that none of the heroes are too strong or weak. If one becomes too powerful, people will feel pressured to play them, or they’ll become salty when they lose to them. If a hero is too weak, people who are drawn to that character because they like their design or playstyle can become frustrated when they perform poorly.

Blizzard has done a great job of keeping on top of balance. Problems will arise, but Blizzard addresses them quickly. McCree was too powerful in Overwatch’s first weeks. His gun was too strong at long ranges, making actual snipers like Widowmaker obsolete. He could also shred tanks, characters that are supposed to be able to take a lot of damage, with a few button presses. Blizzard weakened McCree so that he wouldn’t dominate but still be fun to play.

Blizzard is also good at knowing when not to overreact to community complaints. Listening to your players is important when keeping a live game successful. But popular opinions aren’t always the right ones. When Overwatch launched, many new players had a hard time against the hero Bastion, a robot that can turn into an immobile turret. In this form, Bastion could deal a lot of damage.

For inexperienced players, it was frustrating to run out into the open and quickly die to a Bastion. Many wanted to see him nerfed (gamer lingo for when a developer weakens a character). But it turned out that those players eventually learned how to out-play Bastion and his limited mobility, using long-range characters like Widowmaker and Pharah to take him out before he could kill anyone. Bastion was actually outplayed by other characters so much that he become one of the game’s least-picked heroes. Blizzard had to rework him a bit, significantly boosting his ability to heal himself. 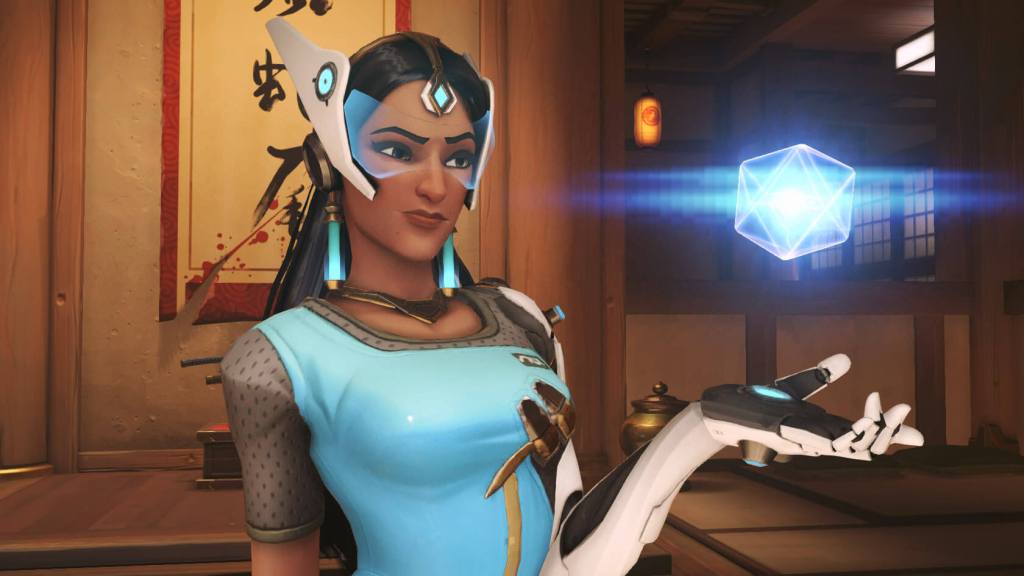 Above: Blizzard even completely reworked Symmetra when she was becoming unpopular, giving her new abilities and upping her damage.

As Overwatch launched, the esports market was in the middle of a boom that’s still going growing. Esports will generate as much as $696 million in revenues this year, according to a market report from intelligence firm Newzoo. It didn’t take long for Overwatch to became a popular game in the competitive world.

The shooter has already given out more than $2.7 million to players as prize money in about 400 total tournaments, according to E-sports Earnings. Overwatch esports were even broadcasted on TBS via Eleague, that channel’s professional gaming organization that has also aired tournaments for Counter-Strike: Global Offensive and Street Fighter V.

Blizzard has its own plans for Overwatch and esports. The studio is going to launch the Overwatch League later this year, which will have major cities hosting their own Overwatch teams in a system similar to professional sports. Players will have contracts, giving them a way to earn cash outside of prize money. 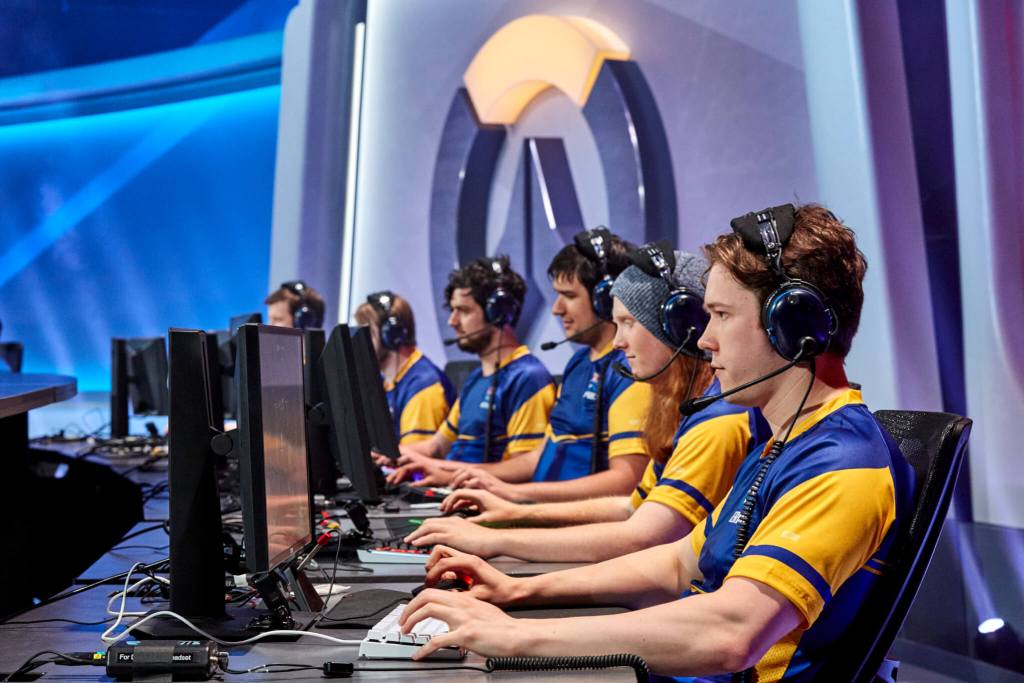 And then some people really love Tracer.

And it’s not just her. The entire roster has fans, with people making art of their favorite characters or enjoying a specific hero so much that they refuse to play as anyone else. And it’s hard not to fall for these guys, gals, and robots. They have interesting designs, wear cool costumes, and have distinct personalities that come through in voiced lines and animations. If Pixar made a team-based shooter, it could look like Blizzard’s hit.

And those characters don’t just exist in the game. While Overwatch itself is light on story, Blizzard has used digital comics and cinematic shorts to highlight its heroes and world. It’s helping players connect with the game in a way that goes beyond loot boxes and costumes. Even as its competitors, like the free-to-play Paladins, grow in popularity, they can’t compete with Overwatch’s likability.

Of course, the new heroes and costumes won’t hurt.