Want to know why Take-Two is OK with Rockstar pushing its next blockbuster into 2018? Just look at the insane money it’s still making from Grand Theft Auto V — a game that came out in 2013.

This week, the triple-A game publisher released its earnings, which were above analyst expectations. And that’s in part thanks to GTA V’s sales. It still pops up in the top 10 every month in the NPD Group’s top-selling games chart (it’s now sold 80 million copies!), and it’s still in the top 10 in terms of playtime on Steam, Valve’s digital portal for games. And while Grand Theft Auto Online is a huge reason why Take-Two can deal with Red Dead Redemption 2 moving from 2017 to 2018, it’s the strength of sales and engagement of Civilization and GTA on Steam that bolster its increasing digital back catalog sales.

GTA and Civ have more in common than merely being good games — they have two of the biggest and creative modding communities in PC gaming. It’s a little more difficult to install mods in GTA, which doesn’t use Steam Workshop (as Civ or The Elder Scrolls V: Skyrim do), but it’s worth doing the extra steps — GTA modders create some of the most enjoyable and wackiest content of all fan communities.

P.S. Watch Dean’s fate as he gives Destiny 2 a spin. 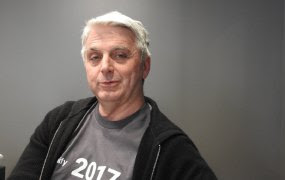 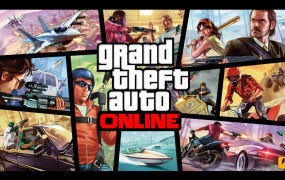 ANALYSIS: Take-Two Interactive Software delayed Red Dead Redemption 2 this week until 2018. But that didn’t derail the company’s outlook for the current fiscal year. That’s because the video game publisher isn’t as dependent on its huge launches as it once was. Now it can count on revenues from its back catalog, online game transactions, live updates […] 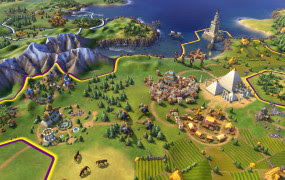 Take-Two Interactive Software reported today a net revenue growth of more than 50 percent to $571.6 million in the fiscal year 2017, in large part due to the success of the strategy game Civilization VI. Civ VI made history as the fastest-selling release in the franchise, which launched in 1991 with Sid Meier’s Civilization. Since Civ […] 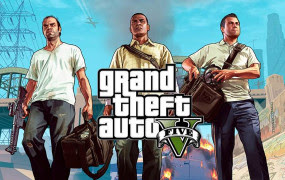 Grand Theft Auto V came out more than three years ago, and people aren’t done spending money on it. Publisher Take-Two reported in its financial results for the fourth quarter and fiscal year of 2017 that Grand Theft Auto V has now sold over 80 million copies. The open-world game first came out for PlayStation […] 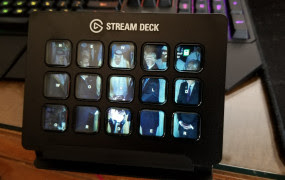 Livestreaming video games is a big enough business now that companies have started making products to cater specifically to those creators, and that is leading to more bespoke tools that should lead to a higher level of polish on sites like Twitch and YouTube. Elgato, which makes well-regarded capture cards that enable you to put […] 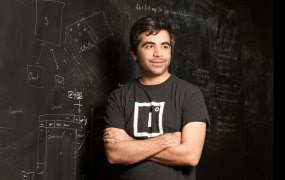 London-based technology firm Improbable has had a very improbable week. The company raised a whopping $502 million from Japan’s SoftBank for its SpatialOS platform for enabling massive online gaming worlds. Then Improbable announced that Jagex, maker of the enormously popular RuneScape, will use the SpatialOS platform for future game worlds. We caught up with Herman Narula, […]

Are There Too Many Roguelikes, Or Just Too Many Bad Ones?

Though roguelikes have been around for a long time, the genre really exploded in popularity after Spelunky and The Binding of Isaac helped introduce its extremely hardcore tendencies to a larger audience, including me. And though I’ve dumped hundreds of hours into Spelunky and a great many into The Binding of Isaac, I’m sympathetic to the argument that, hey, maybe not every game has to be a roguelike! That said, I really like roguelikes, especially when done well. (via Waypoint)

One Of Steam’s Top Sellers Right Now Is A Nicer, Gentler Dwarf Fortress

Oxygen Not Included is like a kinder, cuddlier Dwarf Fortress. Sure, you’ll still get into a starvation spiral where everyone in your colony dies, but this base-building game looks cute while it happens. (via Kotaku)

While he primarily works on the systems for Overwatch of the competitive and matchmaking variety, he also had a hand in other things. He helped craft the game’s initial tutorial and scripting of three specific heroes: the FPS-centric player favorite Soldier: 76, the cybernetic monk Zenyatta, and the lovable turret wielder Torbjorn. The latter of which, his dabbling in characters, he attributes as “minor things” per his job description. Though he quickly corrects himself. “Well, maybe not so minor.” (via US Gamer)

The best and brightest indie games from Japan’s Bit Summit

While the Tokyo Game Show might get the most attention when it comes to major triple-A releases in the East, Bit Summit has been growing steadily as Japan’s premier independent games exhibition/celebration, a place where not only the more typical video games are shown off to the public, but even the unconventional get their moment in the spotlight. (via Polygon)