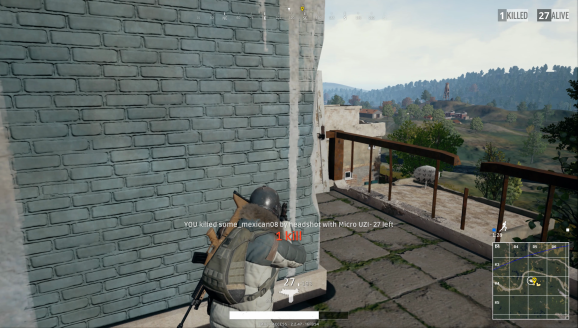 Battlegrounds is getting a lot of important fixes as part of its regular update schedule.

One of the most popular games on Steam right now is getting a lot of welcome improvements.

PlayerUnknown’s Battlegrounds has a new update that’s available now. With this patch, the online Battle Royale-like multiplayer shooter introduces a new sniper rifle and motorbike. The game also runs a lot better due to developer Bluehole optimizing the CPU usage and other rendering issues. After putting in some time with the game today, I noticed improved framerate during the lobby area that has dozens of players onscreen at the same time. This is the second major update for Battlegrounds, and it is the latest installment in Bluehole’s planned monthly update schedule. The $30 game entered the Early Access portal on Steam for unfinished games in March, and the studio plans to keep working on it for the foreseeable future before launching it as a final, finished product.

As for this update, the highlights include the following:

One of the glaring omissions from this update, however, is a fix for the server lag. Bluehole still knows this is a problem, but it doesn’t know what is causing it — although it wants to assure players that it’s not because the game uses cheap servers.

“I have seen a lot of speculation about the cause of the lag some of you experience,” Brendan “PlayerUnknown” Green wrote in a blog post. “One of the more popular theories is that we run our games on potato quality servers. I would like to put this theory to bed by telling you our servers run on the highest possible spec machines that AWS offer.”

Greene also said that next month’s patch should deal primarily with lag, and the team is getting to work on isolating the problem.

“We are currently in the middle of profiling the servers to attempt to track down the cause of the lag,” he wrote. “But as I have said before, this will take us time to complete, so I ask for your patience while we work to improve server performance for all players.”

In the meantime, let’s go play some Battlegrounds and do some sweet bike stunts.

Along with the VSS, we are also adding a new vehicle in this month's update… pic.twitter.com/QtytETJ6Da