Market researcher SuperData reports that April 2017’s gaming sales are down from March 2017, bringing in only $7.7 billion compared to March’s $8 billion. However, both the digital games and the mobile markets are still up year-over-year, showing respectively a 9 percent and an 8 percent growth from 2016. The free-to-play segment has also grown 27 percent.

The dip in revenue could possibly be due to a significant decline in sales for Tom Clancy’s Ghost Recon: Wildlands and Mass Effect: Andromeda. Both have dropped from the top-10 highest-grossing for console, perhaps due to disappointing reviews.

On mobile, Clash Royale and Monster Strike remain at the top of the charts. According to Pocket Gamer, Monster Strike hit a record number of users and development studio Mixi reported net sales of $1.82 billion last fiscal year. Despite its success, Mixi has announced that it will be withdrawing Monster Strike from North American markets later this year on August 1.

League of Legends’ continued popularity on PC is no surprise, as interest in esports continues to grow as a global phenomenon. 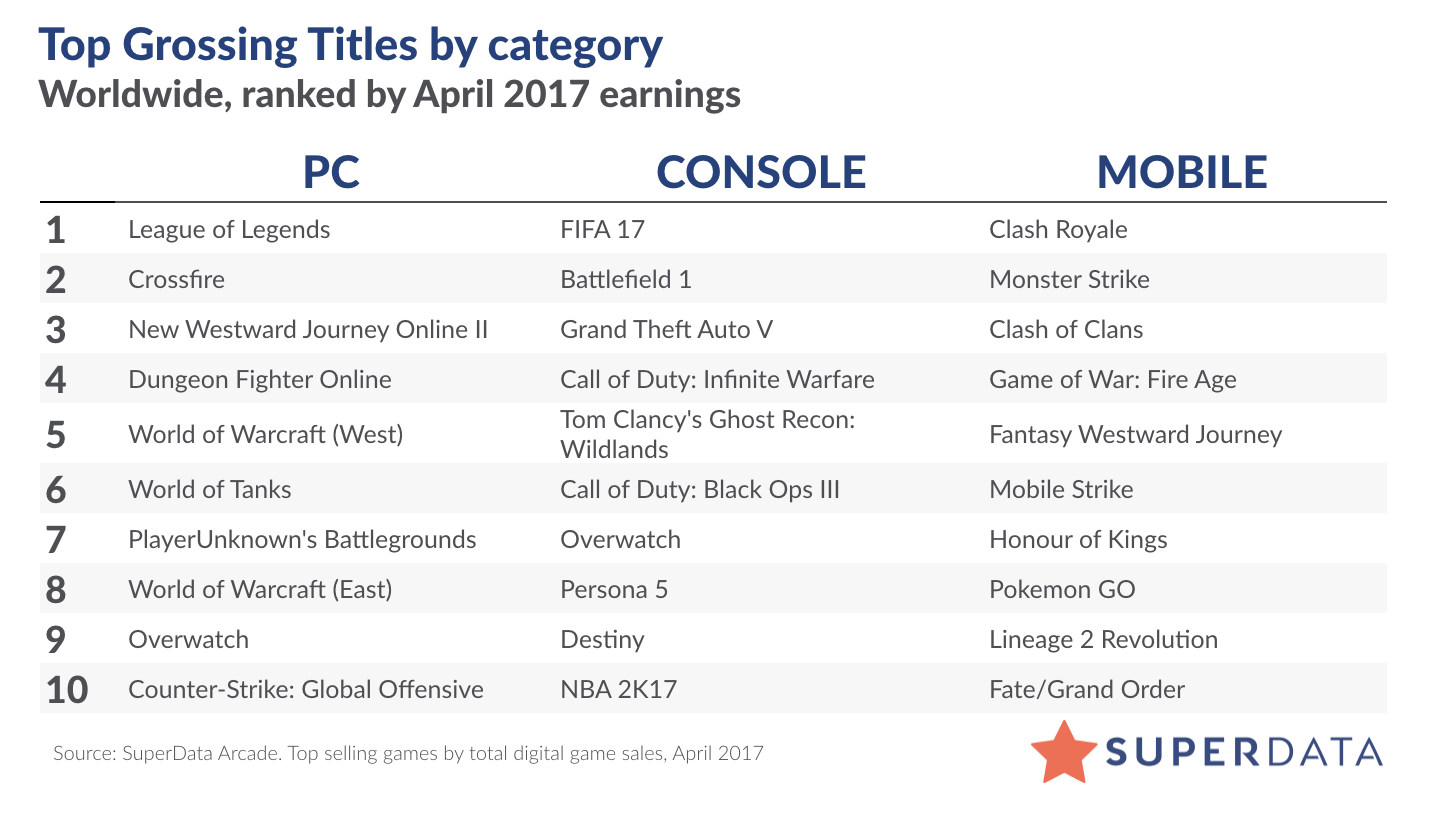 A breakout star last month was newcomer Playerunknown’s Battlegrounds by Bluehole Studio. Since launching an unfinished version on Steam Early Access in late March, it’s sold over 2 million copies and now ranks No. 7 in the top-grossing titles on PC.

Updates and DLCs last month helped bolster numbers. Battlefield 1’s They Shall Not Pass expansion pack is helping it maintain its ranking, and after Overwatch released its popular Uprising update, its monthly active users and revenue from microtransactions have reached record highs. Grand Theft Auto V and GTA Online have seen increased sales every year partly due to their rigorous updates, and GTA Online’s Tiny Racers update was no different, resulting in an increase in GTA V’s digital revenue in April.