Few game studios can boast the longevity and continued success of Wakefield, England’s Team17. Founded in 1990, the studio has witnessed most of the ups-and-downs the industry has experienced over this time, providing an ideal perspective from which to assess the opportunities and challenges facing developers around the world today.

The studio grew out of a loose technology-focused group popular in Europe called Demoscene. Though not targeted towards games, the group connected artists, programmers, and musicians who shared challenges, solutions, and their collective talents. It was from within this broad grouping that the original founders of Team17 banded together with a vision of making games.

The team had already enjoyed success on the Amiga platform with Alien Breed (among other games), when Andy Davidson arrived at the European Computer Trade Show (ECTS) in 1994 and showed the game he had been working on in his bedroom. The Team17 representatives were impressed and offered to help Davidson finish and publish it.

That game was Worms and has become synonymous with the studio through numerous iterations across virtually every platform that has graced the games industry since its first release in 1995. 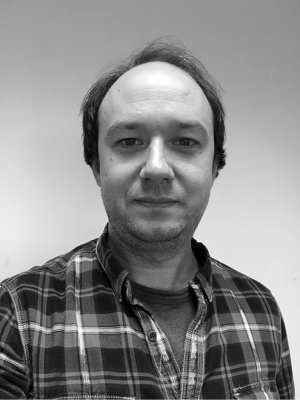 As current Team17 Creative Director Kevin Carthew explains it, for Davidson “programming was a way of getting him out of doing his A-Level math homework.” It’s a spirit of endeavor and inventiveness that Carthew hopes is maintained some 26 years hence. As he explains: “[Worms] was an amazingly huge success that dominated a large chunk of our business until fairly recently.”

Casting back across this history spanning Amiga, PlayStation, Xbox Live Arcade, and mobile phone platforms, in 2D, 3D, and 3D graphics with 2D gameplay, one of the entrants stands out the most within the enduring and ardent community: Worms Armageddon.

According to Carthew, the latest entry in the series Worms WMD “harkens back to Worms Armageddon, and WMD was always about going back to that feel, to appeal to that fan base, and to add new features.” This new entry is far from a rehash of a favorite old friend; the team has gone to surprising lengths to ensure it matches established fan expectations, and also packs enough inventive new design to attract a new audience to the venerable franchise. For the hardcore fan base, the hallmark of quality is in the details.

Carthew describes the questions the team must ask: “Does it feel right? Even though we’ve been making Worms for a very long time, we still have to make sure it’s authentic.”

To achieve this goal the team went to significant lengths. “The original code base for Worms is archaic now, so we couldn’t reuse any of it. What we could do is dig out all the old code, then have a coder go through it almost line-by-line to help understand what it was that made those old games tick, why they’ve endured, and why they are still popular.”

Informing their decisions for the new game were the comments and opinions about their past games. “We always do a lot of research when beginning a new game, including looking over reviews of the old games, seeing what people did and didn’t like,” says Carthew. The team also employs a lengthy pre-production process of three to six months that involves extensive concepting where all the designers were assigned to building a prototype. Out of this process emerged new features such as vehicles, buildings, and the crafting system, all wrapped in the “classic gameplay and beautiful graphics to bring in a new audience,” added Carthew.

Above: The free Forts updates expands the number of Forts and adds more customization options.

Like many games, WMD doesn’t start and end with its initial release and the developer is keen to provide continued support following the wishes (or demands) of its core fans. “Since the game launched, we kept a sizable cross-discipline team on it,” says Carthew. “Looking at the forums, hunting down the fans, getting their reaction, and listening to them very carefully is important so that we can take WMD in the direction that they want.” The recently released Forts mode adds six new Forts, customizations, and a new weapon that was crafted by a member of the community. “We’re appreciative and thankful for their input,” adds Carthew.

Unlike many developers, Team17 has largely avoided using game engines and middleware (a situation that is starting to evolve) with WMD coded entirely in C++. As Carthew observes, though Worms looks fairly simple, it isn’t. “With 80 weapons and destructible landscape to the pixel level, a lot of cross-talk between objects and interactions need to be accounted for and explained,” he says. “And with each landscape randomly generated, games can play out in near infinite possibilities, making testing very hard.” An additional challenge is the unique gameplay style. “We can’t look at how other developers have solved these challenges,” adds Carthew. “We have to do the work ourselves.”

While Team17 may be synonymous with Worms, it’s hardly the only game in the studio’s extensive arsenal. Serving the role of publisher for other projects, the team is prepping a sequel to its indie hit, The Escapists. The original game became a multi-million seller and its recent release on mobile platforms will extend its reach still further, creating the pressure of anticipation from a huge audience for this sequel.

“We’ve made it a bit smoother and more approachable, but with the same depth and, crucially, challenge,” says Carthew of The Escapists 2. “The first one was tough, and a community built around those who are enthusiastic for the challenge … so we’re putting in a lot of hours right now to make sure we get it right,” he adds. 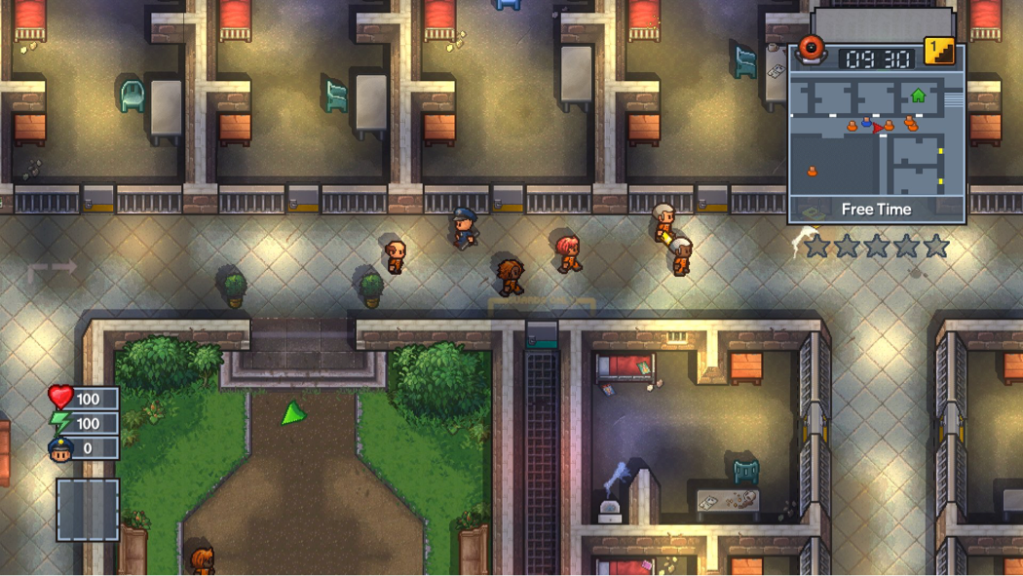 Above: Break out of jail using crafting, strategy, and skill in the challenging The Escapists 2.

The publishing model of helping smaller studios complete their games and see them in the marketplace harkens back to Team17’s legacy, but also represents the current and future direction of games distribution. “Over the past few years, the most exciting change has been the emergence of digital distribution,” Carthew asserts, “with the low price of game engines—like Unreal and Unity Game Maker—allowing smaller teams to launch something creative.” It speaks to the heyday, particularly during the 1980s in Europe, of the bedroom hobbyist coder where good ideas alone can win out. “Digital distribution has democratized game development,” says Carthew, “leading to games topping the charts that would never have been seen before because publishers would have been unwilling to take a chance.”

More opportunity also leads to a more crowded marketplace, creating a challenge to stand out from the rest. “There’s no perfect solution to that,” Carthew admits, “so you assess success by a variety of factors. For Team17 that means keeping the Worms brand relevant. For The Escapists or Sheltered, that’s successfully filling a niche.”

Team17 has shown itself adept at evolving with the times, so don’t be surprised if you’re embarking on Worms battles in Alternate Reality (AR) or Virtual Reality (VR) in the years ahead.