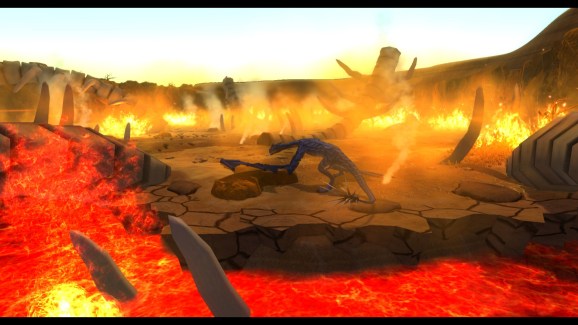 Most massively multiplayer online role-playing games take their cues from World of Warcraft: lots of quests and storylines that the designers mete out to players. Legends of Aria wants to show that emergent gameplay can work in MMOs, too.

Ultima Online vets Derek Brinkmann and Tim Cotten founded Citadel Studios in 2013 with the aim of creating an Ultima Online- and Neverwinter Nights-inspired sandbox MMORPG. Its previous incarnation, Shards Online, raised a little over $105,000 on Kickstarter in 2014. Prior to launching it in paid alpha, the studio changed the name to Legends of Aria to signal to existing fans that the scope of the game has changed. The early version of the game has removed the original 64-player limit and updated the map to be 25 times larger than the original, in addition to existing features such as 22 character-based skills, loot drops, and a persistent focus on emergent gameplay.

“The concept of emergent gameplay is exactly what makes games like LoA a completely different experience from more guided games like World of Warcraft,” says Citadel CEO Brinkmann. He describes the studio’s design philosophy as centered around creating a dynamic world as well as minimizing the number of in-world restrictions placed on players.

Some schools of thought believe that emergent gameplay — where the player can carve their own path and set their own objectives within a broad-strokes framework of the game — is native to the video games medium. In an interview with GamesBeat in February 2016, Warren Spector (Deus Ex, Ultima VI, Thief, System Shock, and many others) said of video games: “There’s a kind of moral imperative to do what make a medium unique. What makes us unique is that we can have a dialogue with our players.”

This contrast with Blizzard Entertainment’s immensely popular World of Warcraft, which often releases new storylines and content updates as a way of maintaining player interest. In an interview with Polygon in March 2017, Blizzard senior producer Travis Day said that their latest content patch resulted in the highest engagement they’ve seen in a quarter without launching an expansion pack. The patch was for Legion, the sixth and largest expansion pack released for WoW.

Asked if Legends of Aria is in direct competition with a game like WoW, Brinkmann says, “In a sense, we compete with all games for gamers time. However, there are a lot of gamers out there that are looking for games that let them shape their own experiences rather than have them handed to them.”