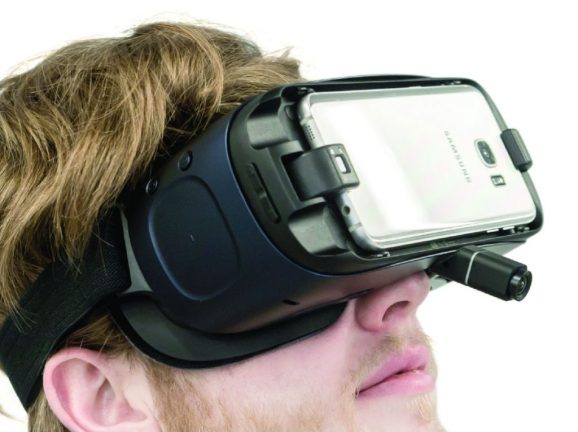 A startup named Antilatency with a positional tracking solution that recently impressed Upload has raised $2.1 million and is opening an office in the United States next month.

According to the company, the seed investment comes from the Europe-based IIDF venture capital fund and will be used to accelerate the release of its “anti-latency tracker,” which goes by the name ALT. The company’s technology uses strips with infrared lights on them that are seen by a small camera you can attach to a mobile virtual reality headset. The solution is said to be expandable up to warehouse volumes for tracking VR headsets.

The tracker is expected to sell for around $100 and seems to offer a nice solution for positional tracking with a mobile VR headset. That said, Google, Microsoft, and Facebook all have headsets in development that offer inside-out positional tracking — meaning the headsets don’t need any separate external hardware to find the precise location of the headset in a given space. The ALT solution is still dependent on these lights you place throughout a space. Even so, the technology might still represent a low cost option that could be useful in certain situations.

The company is also planning motion controller support using the same technology. Antilatency aims to launch a Kickstarter project in the coming months as well. The startup company was founded in 2015.