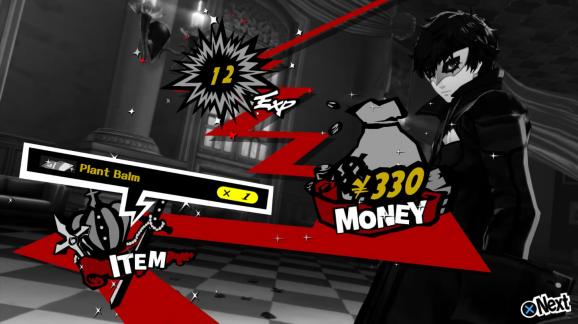 Atlus caused a hullabaloo with restrictions on Persona 5 streams.

Esports advertisers, consumers, brands, investors, and athletes are congregating around streaming game content, competing for the revenue it generates. Juniper Research reports that esports and streaming video game content will generate $3.5 billion by 2021, up from $1.8 billion in 2016. Technological advances in cloud gaming, virtual reality and cross play could accelerate these revenue projections.

Revenue from live or recorded streams comes from advertisements before and after videos, or video advertisement overlays. Game developers are adjusting their legal policies and adopting new technology to balance monetization of streams with facilitating viewership and creativity. As billions of dollars pour into the industry, game publishers, streaming distribution channels, and esports athletes are working to redefine how intellectual property rights and accelerating technology control this rapidly evolving legal and entertainment landscape.

A game developer or publisher legally owns the rights to use of game images and video through copyright law. A game’s copyright holder can use copyright law to limit how their video game is used in online videos and streaming gameplay. For example, a video game developer may refuse to permit legal videos or images from their games, and could have their attorney send unauthorized users of their content legal takedown notices or sue unauthorized game streamers. Streamers have limited legal responses, with, arguably, the strongest legal defense being that the stream satisfies the Fair Use exemption. That’s a narrow rule saying that for purposes such as criticism, news reporting, teaching, and research, permission from or payment to the copyright holder isn’t required.

From a business perspective, developers may adopt user-generated streaming content and game streaming as a fundamental and profitable area of the video game and esports industries. Streaming of video games can expand a game’s user base, drive sales, generate free publicity and foster groups of players who share their gaming experiences with one another. These communities are especially lucrative for advertisers, video game makers, and streamers.

Many prominent video game developers have taken a middle-of-the-road approach, attempting to balance protecting their intellectual property with capturing the benefits of streaming gameplay. Perhaps the best example of video game makers exerting control over user videos and streams is Blizzard Entertainment. Blizzard explicitly allows consumers “to create video productions using Blizzard’s Content” so long as a video is available without charge.  This policy limits use of company content to “non-commercial use,” but includes exceptions for video creators to earn partnership revenue from mainstream platforms such as YouTube, Justin.tv, Own3d.tv, and Ustream.tv.

Bethesda Softworks also attempts a middle-of-the-road approach by encouraging monetization of videos through video platform partnership arrangements, most notably with YouTube. Bethesda retains the ability to remove videos that leak content from illegally procured video games that violate non-disclosure agreements, or which include “wildly inappropriate content.” Bethesda appears to determine what constitutes “widely inappropriate content” subjectively and on a case-by-case basis.  Bethesda also retains the right to take down “[a]ny videos that we deem need to be removed – because, let’s be honest, people come up with stuff that hasn’t even occurred to us yet.” As such, video game producers’ policies act as guidance on what streamers can and cannot do, and are not binding, enforceable limitations on a company’s ability to enforce its intellectual rights. For example, Bethesda’s policy does not prevent the company from issuing a takedown notice to remove any video using company content at any time, for any reason.

Enforcement of intellectual property rights can pose economic and public-relations problems for video game producers. For example, Altus released Persona 5 worldwide on April 4, 2017, and faced subsequent customer and media criticism after it released a warning against streaming or creating videos showing game content that occurs after a specified point, early in the game. They also threatened streamers with legal action. Atlus’ motivation was to prevent the game’s storyline from being revealed early, yet three weeks later the company issued an apology for threatening streamers and Let’s Players, and extended the in-game date cutoff for authorized use in videos. Altus’ reversal demonstrates that video game developers, especially makers of games that are heavily reliant on storylines, should strive to balance protecting their intellectual property and alienating their consumer-base and media constituency.

Other video game producers are looking to technological advancements to solve this issue. Nintendo relies upon YouTube’s automated Content ID system to identify copyright-protected video game content that is in streams. Nintendo’s affiliate program also requires that streamers distribute a significant amount of their profits from videos to Nintendo under threat of legal action. Twitch uses partner Audible Magic’s technology to automatically detect and silence copyright-protected audio that appears in pre-recorded video. (Some argue that Content ID and Audible Magic unnecessarily prohibit Let’s Players from earning revenue from videos that satisfy the Fair Use exemption.)

There is enough money generated from streaming video games to motivate video game producers, and streamers to reach the right appropriate balance and solution. Streams frequently encourage viewers to purchase games and scientific studies demonstrate that a majority of viewers have already purchased the very video game they are watching. On the other hand, stringent enforcement of intellectual property rights and mandatory monetization requirements may suppress media coverage of games and dampen much of the consumer creativity that has led video game streaming to develop into a multi-billion-dollar industry.

Video game developers should realize that they very likely will sell more games by permitting reasonable streaming with moderate restrictions compared to prohibition of streaming or placing heavy restrictions on streamers. As more money is generated from video game streaming, video game developers should rapidly adopt technological innovation to solve these issues and, when possible, avoid legal disputes in order to achieve a lucrative, synergistic bond between video game platforms, developers and streamers.

Aaron Swerdlow is an attorney at Gerard Fox Law, where he represents sports, corporate, and emerging technology entities.