Laptops using the new Max-Q designs will debut from all major computer makers starting June 27, according to an announcement by CEO Jen-Hsun Huang in a speech at the Computex trade show in Taiwan. Max-Q is a new approach to designing gaming laptops, and Nvidia is working with original equipment manufacturers (OEMs) and system builders to make high-end gaming laptops thinner, faster, and quieter. With Max-Q, everything in the design is precision-engineered — including the laptop, the graphics processing unit (GPU), the drivers, and the thermal and electrical components — to ensure peak efficiency.

Max-Q is a term taken from NASA’s mission to launch man into space. It is defined as the point at which the aerodynamic stress on a rocket in atmospheric flight is maximized. Thus, the design of the rocket is precision-engineered around Max-Q. Nvidia said it has applied a similar philosophy to designing gaming laptops, enabling original equipment manufacturers (OEMs) to build laptops that are three times thinner with up to three times more performance of previous generation products.

The results of Max-Q technology, as applied to existing chips, is a high-performance gaming platform that is as small as 18 millimeters thick — as thin as a MacBook Air — with up to 70 percent more gaming performance than what is currently available. 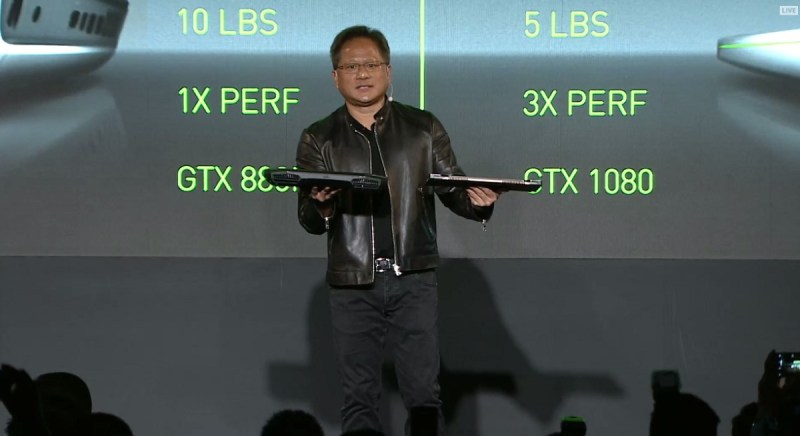 Above: Jen-Hsun Huang, CEO of Nvidia, shows the difference between an older gaming laptop and one with Nvidia Max-Q.

Huang showed a demo of a new Asus gaming laptop, called the Rog Zephyrus, with Max-Q, running a build of the upcoming Project Cars 2, which was created by Slightly Mad Studios for Bandai Namco. It supports a resolution of 12,000 pixels. It has 180 cars and 60 tracks that are accurately modeled. Huang said the Asus gaming laptop is 60 percent faster than the PlayStation 4 Pro video game console. 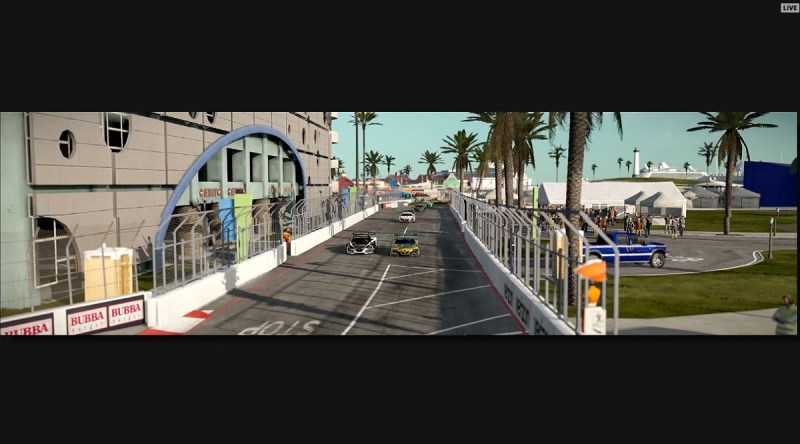