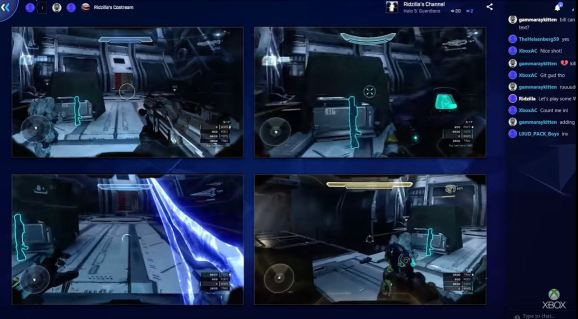 Mixer co-streaming is a neat idea that will require a dedicated group of broadcasters.

Microsoft wants to set its game livestreaming site apart from competitors such as Twitch and YouTube, and one of the features it’s touting to stand out is co-streaming. I’ve spent some time experimenting with this tool, and I’ll probably never use it again.

Co-streaming is a new feature for Mixer, Microsoft’s live video platform, that enables up to four streamers to collaboratively broadcast their gameplay to a single channel. This brings four different feeds to the host’s page. The audience can then watch the whole squad working together while also chatting with other viewers in the unified chat. It’s a clever idea that seems ideal for something like the four-player squad matches in the the online Battle Royale-like shooter PlayerUnknown’s Battlegrounds, so I got a couple of friends together to give it a shot. The results weren’t great, and organizing multiple streamers creates too high of a barrier of entry.

As a viewer, I’m glad that co-streaming exists. I hope that some professional broadcasters take advantage of this feature to make some fun cooperative content that I can watch. As an inconsistent streamer myself, I don’t want to take time from my life to troubleshoot software like the Xbox app’s built-in Mixer streaming feature.

Using the Xbox app and Game Bar feature on Windows 10 is an easy way to broadcast to Mixer with its “FTL” encoding, which is the technology that enables viewers to see what you do in a game less than a second after it happens. That sub-second latency is a significant leap over Twitch or YouTube, but the Xbox app did not work well for me. It disconnected me from Mixer a half dozen times, and it never explained what was causing the problem beyond a general error that told me to try again soon. I could switch to OBS or Xsplit, but their support for FTL is still in the early stages. That could introduce latency that defeats the purpose of having multiple synced up streams showing the same match in the first place.

When all three of us were streaming, the videos were never synced up. That doesn’t mean I couldn’t see the potential. As you would imagine, having the perspective of each player gives you so much more information as a viewer. And Mixer presents the multiple feeds in a clean way that isn’t overwhelming.

I wish I could show you the potential, but another problem with co-streaming is that Mixer doesn’t seem to have a way of archiving these collaborations. Once the cooperative broadcast is over, each persons feed is available on their own channel, but you don’t have the option to re-create the co-stream after the fact. I suppose I could download each person’s video and edit together myself and upload it onto YouTube, but that’s a lot of extra work that I was hoping to avoid.

But the real reason I’ll probably never co-stream again is the logistics. It’s complicated enough to wrangle grown adults with jobs to come play a multiplayer game with me — getting friends to regularly use Discord is already a big enough challenge. I don’t also want the headache of having to figure out schedules and convincing people to broadcast on Mixer instead of Twitch. And so I’m probably not going to take the time to perfect my Mixer setup so I can avoid disconnection problems the next time around.

At the same time, I’m OK with this. Twitch, YouTube, and Mixer have all kinds of features and special functions that aren’t for me. If co-streaming catches on with a more dedicated group of content creators, then I’ll still get the benefit — but as a viewer instead of broadcaster.