Mobile advertisers are warming up to “playable ads,” or mobile advertisements that allow a player to experience part of a game immediately. That’s one of the findings of AdColony‘s app install marketing survey. 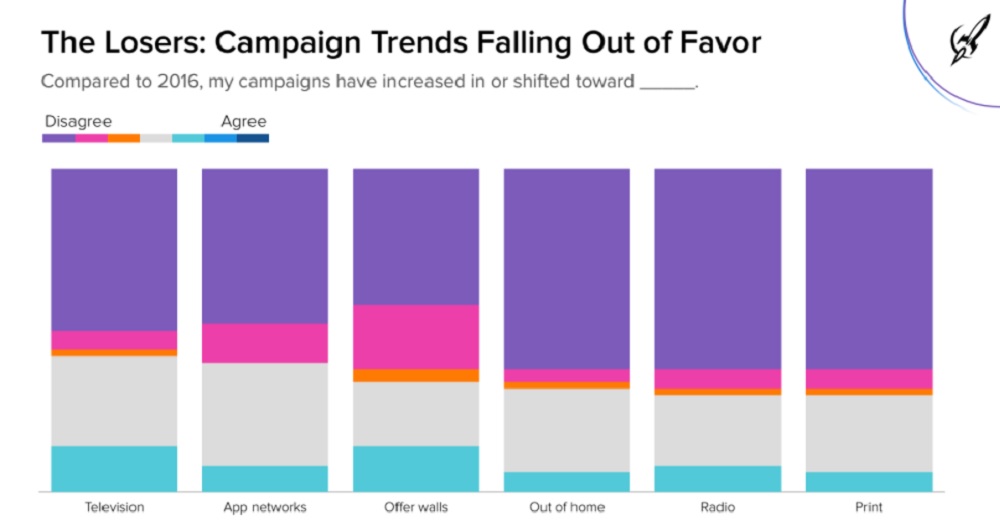 Above: Losers include traditional media.

The report identified the advertising formats that are on the rise and those on the wane. Several years ago, app commercials during the Super Bowl suggested that traditional media would benefit from mobile ad spending. But advertisers are shifting to formats that enable better tracking and reporting and have measurable outcomes.

The survey is the seventh of its kind since 2013. It provides insights, benchmarks, and trends from the top 250 grossing app developers. About 75 percent of respondents to the survey were game developers, while 21 percent were makers of non-gaming apps. The remaining 4 percent are publishers who develop both gaming and non-gaming apps. 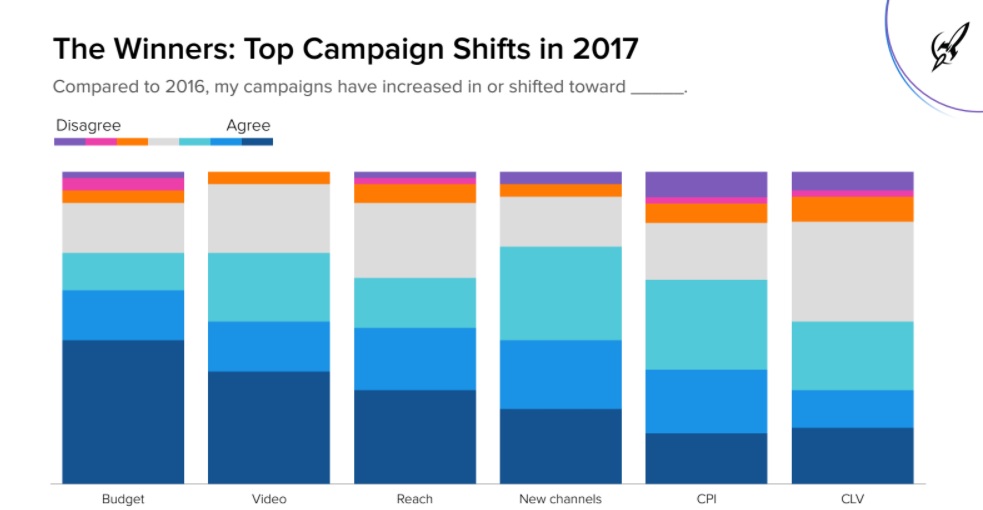 Above: The winners ad campaigns include video ads and new channels.

The winners in the ad campaign battle include video ads, which account for 50 percent of all campaign spending. Full-screen video is ranked as the most-effective ad format.

“Top advertisers understand that there’s nothing more powerful than sight, sound, and motion to captivate a consumer’s attention and drive quality installs,” said Brian Buskas, chief creative officer at AdColony, in a statement. “That’s why video accounts for three of the four most effective app install formats listed by advertisers, and it’s why video now accounts for 50 percent of their total advertising spend.”

Teams that work on driving app installs are growing. The number of 10-person teams among the 250 top-grossing app developers has nearly tripled since last fall, and nearly 70 percent of app install marketers are on teams of four or more.

As teams grow, campaigns are being optimized more frequently. Forty-nine percent of teams optimize their campaigns at least once a day, compared to only 30 percent two years ago. And as campaigns become more global (66 percent), competition for installs has increased. Advertisers are increasingly turning to outcome-driven key performance indicators.