Riot Games’ League of Legends seems pretty invulnerable at this point in the $19.8 billion multiplayer online battle arena (MOBA) market. But that’s not stopping South Korea’s NCSoft from giving it a try.

The company is launching Master X Master as a free-to-play, third-person action MOBA on June 21 on the PC. I played a couple of rounds of the science-fiction game at a preview event to get a feel for it. And it’s not clear to me if gamers are going to go for this one.

NCSoft has revealed a couple of dozen Masters so far, and it is showing the cinematic trailer that reveals some of the story today. It is a high-quality experience, but that doesn’t mean it’s going to pull players away from League of Legends, Dota 2, or Heroes of the Storm. 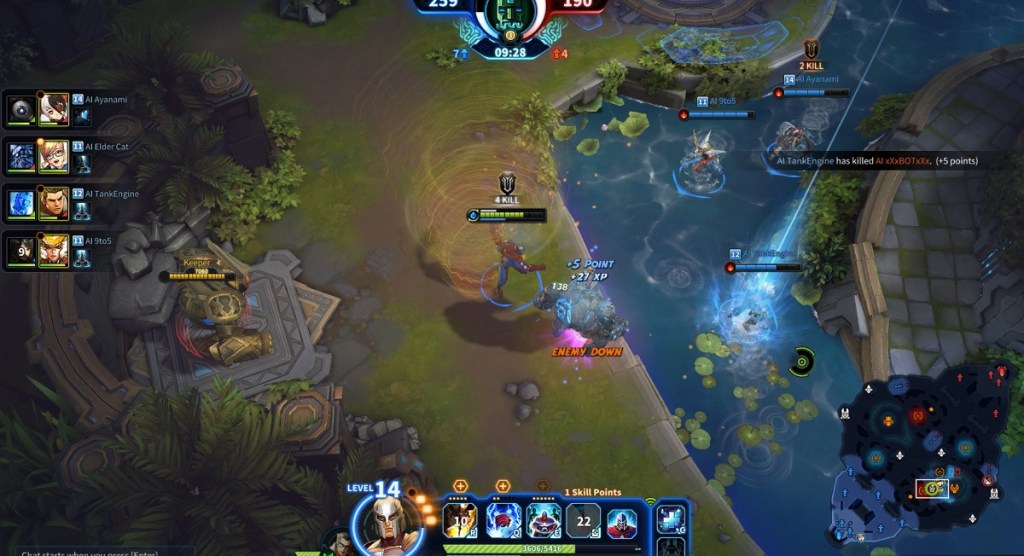 The game sets itself apart by allowing you to switch between two different Masters at any given moment. You can use your mouse wheel to switch from one Master to another. When you are losing and are about to die, you can switch to the other Master to get a fresh character. Dubbed the Tag mechanic, it’s like tag-team wrestling where you can swap out wrestlers during a match. The unused Master can regenerate health while not in use.

“It feels good to save your life by swapping a character or bringing in a new character for the kills,” said Sean Orlikowski, brand manager for the game at NCSoft, during a press briefing. “We want to make fast and fun game modes. The longest you’ll play is 25 minutes. You know what you are getting into when you play it.” 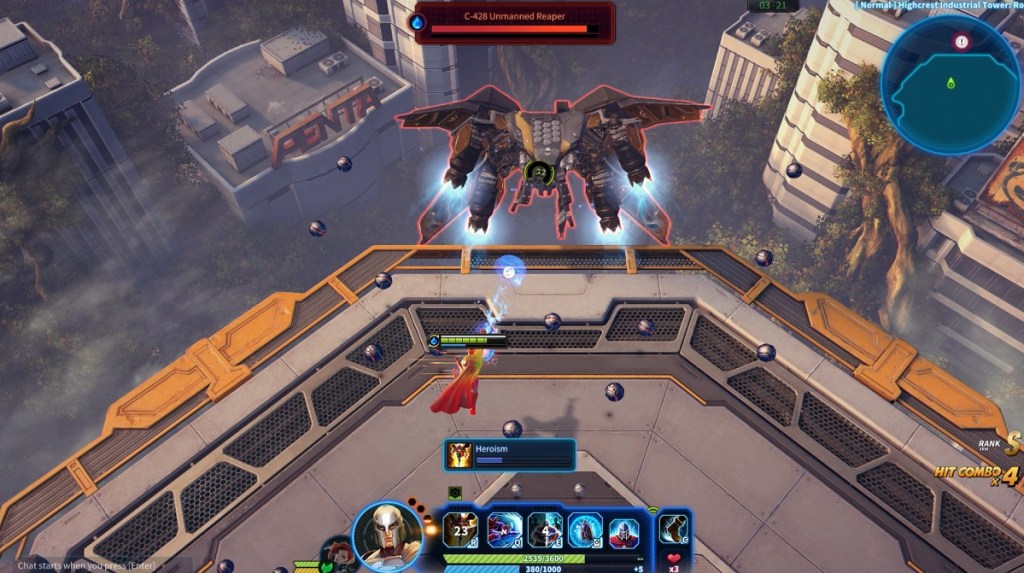 If your character dies, it takes a while to regenerate, and you are reborn at your base, far from the action. So it can be costly if you make the mistake of reaching too far with your character. There are fast game modes. I played the 5-versus-5 mode, and it also has a three-versus-three battle arena. You can play player-versus-the-environment as well.

Each Master has four special abilities, including a particularly powerful move. You have to make sure your character is within range of its ability to do damage to an enemy. Some of the pistols, for instance, have a very short range. I found it hard to strike a balance of bringing my character within range of the enemy or pulling out to a safe distance. I also had to decide whether to go for the weaker minions or the stronger player characters.

Orlikowski said the company wants to explore esports opportunities for the game. But that will come after the launch.