ReadyUp is coming out of stealth mode today to announce it is creating a platform for esports team management.

The platform will advance the company’s vision to advance the cause of both amateur and professional esports athletes. San Francisco’s ReadyUp has created tools for roster management, scheduling, and communication. Those tools will enable esports athletes to efficiently manage and optimize their teams, allowing them to focus on competition and player development.

The platform will launch in the fall of 2017. Roderick Alemania serves as the CEO of ReadyUp. He previously held executive roles at IGN Entertainment/Fox Interactive Media, Vudu, Six Apart, and Tapjoy.

“With hundreds of millions of global esports enthusiasts, we believe esports’ scale and fragmentation now warrants a comprehensive set of team management tools,” said Alemania, in a statement. “ReadyUp will bring the best practices in traditional sports that have been successful at providing structure and efficiency from running recreational teams to managing large sports organizations.” 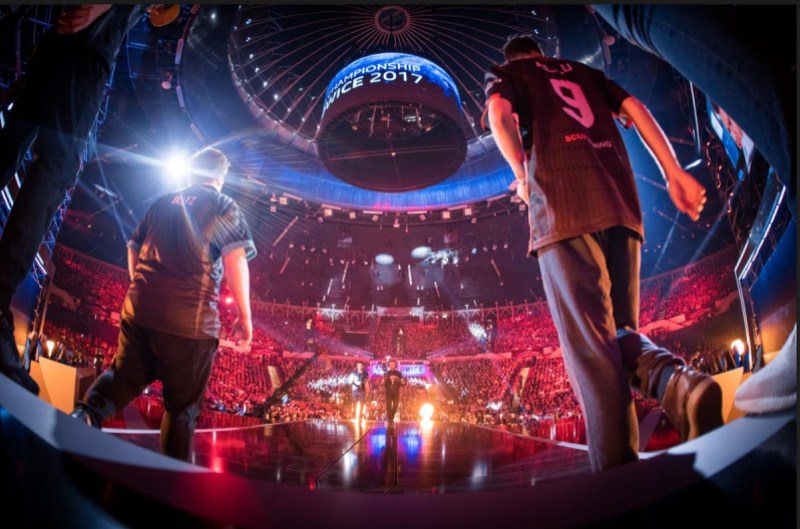 Above: The ESL esports finals for Counter-Strike: Global Offensive in Katowice, Poland.

Cofounder Johnathan “Fatal1ty” Wendel, a pioneer among esports stars, will represent the company as its chief gaming officer. Wendel became the first full-time professional gamer in 1999, winning 12 World Titles, and he was later awarded a lifetime achievement award from esports for his contributions to competitive gaming.

“Whether you’re an entry level amateur or seasoned pro, competition takes intense dedication, discipline and time,” said Wendel, in a statement. “By taking on day to day team management tasks that take teams away from gaming, ReadyUp allows for structure which will help the gamer to utilize its time more efficiently to become their best.”

Sean Allen will serve ReadyUp as chief technology officer. A 15-year veteran of the gaming industry in the online services space, Allen has patents in the fields of cloud gaming and big data systems.

“Esports growth has been meteoric. In terms of both competitors and fans, esports has now hit a scale on par with traditional sports,” said Roberts, in a statement. “But a strong ecosystem needs an underpinning of world-class tools and technology platforms to reach its full potential. ReadyUp provides an immense opportunity for athletes and teams at all levels ”