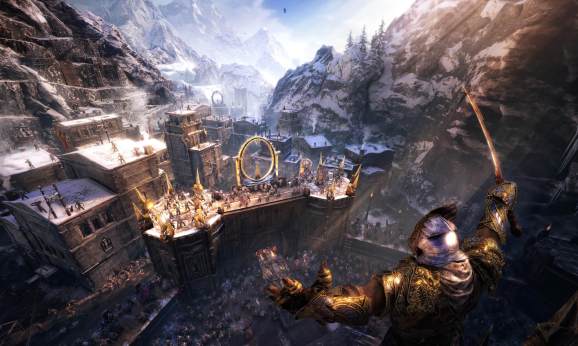 Yours for the taking.

War is going to have to wait.

Monolith Productions announced today that Middle-earth: Shadow of War is now coming out on October 10 for PlayStation 4, Xbox One, and PC. The open-world game was first scheduled for release on August 22. The game’s predecessor, Shadow of Mordor, was a hit for the studio and its publisher, Warner Interactive Entertainment, when it released in 2014.

“Monolith is committed to delivering the highest quality experience,” Monolith notes on its site. “In order to do this, we have made the difficult decision to move our launch date to ensure that Middle-earth: Shadow of War will deliver on that promise.”

Monolith also stated that it’s going to show more of Shadow of War at the Electronic Entertainment Expo in Los Angeles, which takes place from June 13 to June 15.

Like Shadow of Mordor, Shadow of War takes place before the events in The Lord of the Rings. Players control Talion the ranger (expert trackers and fighters of Middle-earth) as he infiltrates the evil land of Mordor and uses his Wraith abilities (supernatural undead stuff) to raise his own orc army.

Shadow of War promises to up the scale from Shadow of Mordor, giving players a larger map to conquer. It brings back the Nemesis system, which gives the game’s enemies memories of your past encounters and the ability to move up the orc chain of command as their superiors die.