Steam’s PC gaming marketplace is crowded with products, and developers have to scrap and claw to maximize the potential of their releases. Now, a player-acquisition firm is introducing a new tool to help in that fight. 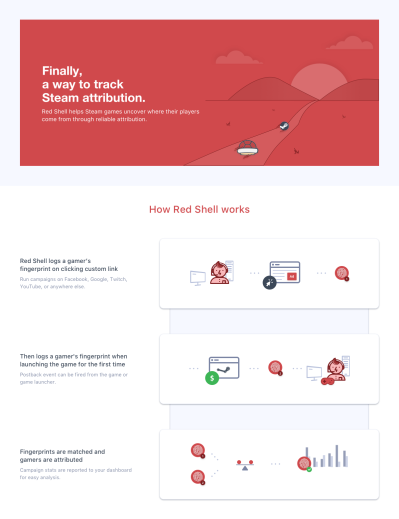 Innervate, a Seattle-based company founded to help game makers reach more customers, is launching its new Red Shell service today. This is a tool that enables developers to understand exactly where their paying customers are coming from on the Steam PC gaming portal. A studio could then take that data to refocus further marketing funds more efficiently in the future. Steam represents a significant chunk of the $100 billion worldwide gaming industry, and marketing tools like Red Shell could help a company grab as big a piece of that sum as possible. And developers like Creative Assembly and Daybreak have already implemented it. Red Shell is free to start using.

“‘Release it and forget it’ is no longer a viable strategy on Steam,” Innervate chief executive Adam Lieb explained in a note to GamesBeat. “Even triple-A games no longer get millions of ‘free’ or ‘organic’ sales on Steam. You have to market to get noticed. This is definitely a growing trend that necessitates the existence of tools like Red Shell. If you’re marketing on Steam, you should know what is working.”

Valve, the company that owns and operates Steam, announced in February that it is opening its platform to anyone who wants to publish games. This means that an already crowded store is about to get even more content. With new releases launching on Steam by the hundreds, it makes sense that the kinds of advanced marketing analytics tools that mobile developers have used for years are starting to appeal to PC developers.

That’s likely also especially appealing because many game makers are using half-baked methods for understanding where their customers are coming from. Lieb says that some studios are “basically guessing” by assuming that all of their installs are coming from whatever current campaign they are running.

But understanding consumer behavior is rarely 1-to-1 or as simple as a quantitative extrapolation. Innervate wants developers focusing on quality traffic that leads to a high conversion rate. And the kind of person that comes to your Steam page through Facebook maybe won’t actually spend any money.

“We’ve seen sources like Facebook driving 20 percent of Steam page views and 1 percent of total installs,” said Lieb. “These types of realizations can drastically change how a developer spends their marketing budget.”