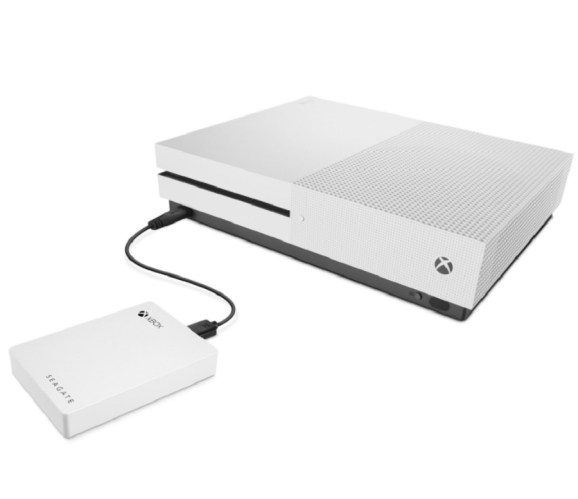 Seagate's 4-terabyte hard drive for the Xbox One.

Microsoft has launched a subscription service, Xbox Game Pass, with more than 100 games for $10 a month. And to help you store all of those games, Seagate is launching two new hard disk drives as extra storage for the Xbox One or the Xbox 360 game consoles.

Seagate said that gamers won’t have to worry about deleting a lot of games and waste a lot of time on re-downloads every time they decide to play an older game again. The drives plug directly into any USB port on the console. And with USB 3.0 connectivity, the experience with the external storage should be just like playing a game on the console’s internal drive. The console automatically detects the drive and walks a user through a setup process that takes a few minutes.

Gamers can take their favorite games and the hottest titles from the Xbox Game Pass catalog along with them—wherever. They can unplug the Seagate Game Drive and take an entire game library to a friend’s house.