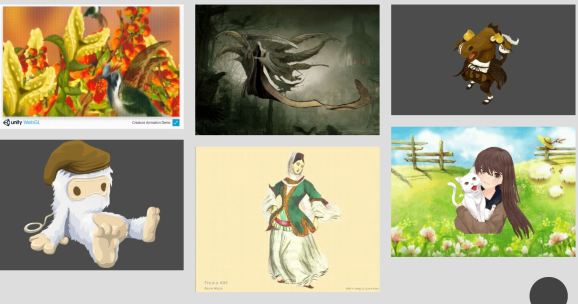 Midas Creature can bring all of these characters to life.

Artificial intelligence is going to change just about everything — like animating video games, for example.

Animation-technology startup Midas Touch Interactive has a new tool called Midas Creature, which the company claims can automate the process of creating complicated animations for two-dimensional characters. Developer Jiayi Chong created Midas Creature using his experience from working on films like Toy Story 3, Wall-E, and Up while at Pixar. With Midas Creature, artists and designers give instructions to an automated engine, and the software interprets the character and figures out how it would move.

Midas is positioning this as an alternative to traditional animation techniques like key framing and Flash. It is available now on Midas’s store in two flavors: “Enterprise” and “Indie.” Creature Enterprise is the full-featured option that works as an annual subscription. Creature Indie has all of the same features, but it is for studios that grow less than $100,000 in revenues annually. Indie comes with a 30-day license for $20.

Above: An example of the kinds of animation Midas Creature is capable of.

“Midas Creature is the ideal pipeline for game developers and anyone else looking for a more powerful, efficient, and easy-to-use 2D animation process,” Midas Touch Interactive chief executive Kevin He said in a statement. “The Directable Automated Animation Engine of Midas Creature allows you to create animations you might have previously thought impossible with key frame or Flash animation.”

While hair and cloth are difficult to animate with some tools, He says that Creature can make those objects “flutter in the wind.” This software is also capable of translating motion-capture data from 3D to 2D.

This new product from Midas Touch is part of the company’s founding beliefs in a new kind of intelligent procedural animation technology. When he started the company, He announced plans to bring that workflow breakthrough to film, virtual reality, augmented reality, and traditional games. And Chong’s Creature tool is the latest example of that mission.

“We’re very excited to have Jiayi on our team as he brings tremendous passion and expertise,” said He. “Which he utilizes to build and implement our next-gen AI driven physics-based animation pipeline helping to further establish Midas Touch Interactive as a burgeoning immersive entertainment technology expert developing cost-effective and deeply interactive content creation services.”