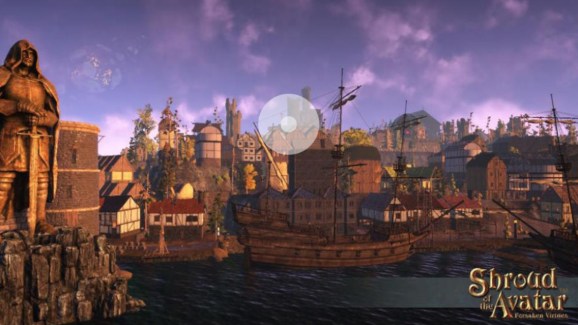 Portalarium's Shroud of the Avatar

Richard Garriott’s Portalarium has raised $9.4 million over the past four years for its fantasy role-playing game Shroud of the Avatar. But the company is going back to fundraising via equity crowdfunding, something that wasn’t available when it started its original Kickstarter campaign.

The latest fundraising plan requires Portalarium to disclose more financial details than usual, and it gives a window into the company’s financial picture as it seeks to finalize the game it promised.

Portalarium said it would use the money to fund marketing and monthly development updates around launch. Portalarium said it was also planning a telethon in the near future. Previous such events have brought in more than $100,000. Over the first two years after launch, Portalarium hopes to generate $5 million in revenue at the low end to an upper target of $50 million.

Still, in its risks and disclosures section, the company also said that even with a successful campaign, Portalarium would likely have to seek more money for the launch, and there is a risk that money won’t materialize.

The first episode of the game is called Shroud of the Avatar: Forsaken Virtues. It is expected to launch between July and November this year for $45. A second episode has been conceived and could take about 18 months to launch after the first one comes out.

“We are forever grateful to our backers under our current funding campaign who have helped us reach levels of support that we never dreamed of having,” said Garriott, CEO of Austin, Texas-based Portalarium, in a statement. “That support has helped us develop Shroud of the Avatar to where it is today. And with a commercial launch now in sight, it’s time to focus more on marketing and user acquisition as we scale up our player base and the service. It’s also a chance for our supporters to invest in our company as we take this next critical step with equity crowdfunding.”

Shroud of the Avatar is in early access on Steam.