Apple’s Siri will get a host of new features, including better expression, as part of an iOS 11 update coming this fall.

Other upcoming features include the ability to say your words in another language when talking to Siri, starting with translations from English to Chinese, Spanish, Italian, French, and German.

Available in developer preview today and this fall for the public, iOS 11 for iPhones and iPads will bring additional support for categories of functionality available to developers using SiriKit to integrate the intelligent assistant into an app. New categories will include notes and reminders, to-do-lists, banking for account transfers and balances as well as apps that scan QR codes like WeChat. 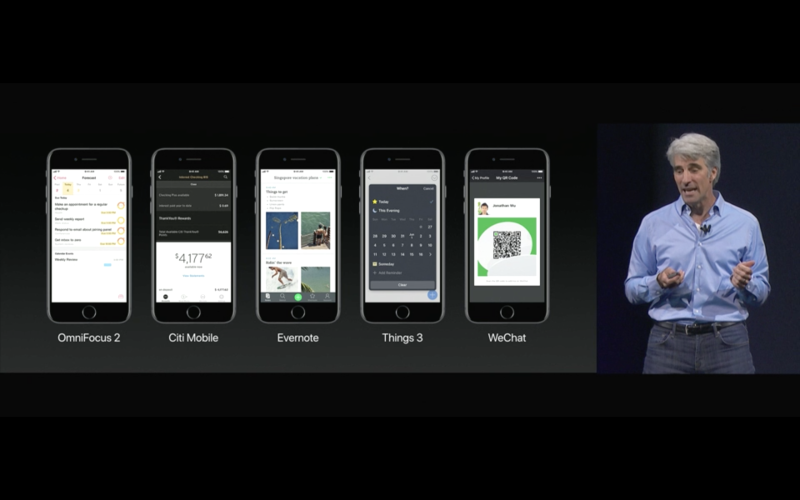 Siri app suggestions will extend into native News, Mail, Messages, and Safari apps to make personalized suggestions based on prior activity.

An onstage presentation by Federighi showed Apple Pay recommendation among word suggestions in iMessage, suggesting that apps may be among recommendations Siri shares within the messaging app.

Suggested text or bot to use are feature percolating through other platforms like Facebook’s intelligent assistant M and Google Assistant as well.