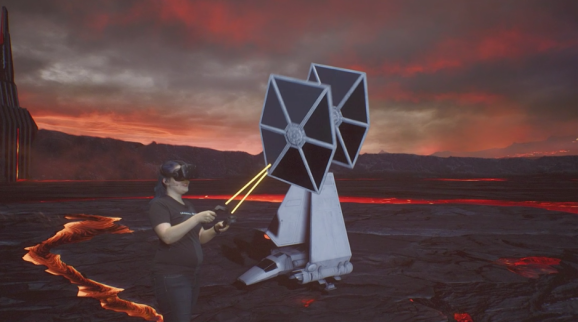 Apple revealed today during a livestream from its WWDC (Apple Worldwide Developers Conference) event in San Jose that its graphical API (application program interface ) is getting a big update along with the new Mac OS, High Sierra. It’s called Metal 2, and Apple is saying that it will be 10 times better at draw call throughput than the original Metal. It’s also promising a faster frame rate debugger. This will help games run better on Mac OS computers.

An API like Metal 2 is a tool developers use to make software. Studios need to use Metal to bring their apps, games, and programs to Apple machines.

Metal 2 will also work with external graphics, making it possible to have external GPU boxes for Mac OS computers. Metal 2 will also help power virtual reality on Mac. The Unity and Unreal engines are coming to Mac, which studios can use to make VR games. Valve’s SteamVR is also coming to High Sierra.

High Sierra is available now for developers. A public beta is coming in June, with the final release shipping in Fall.

Mac gaming has had a stigma of not standing up to PC standards. Metal 2 could help to mend that line of thinking.