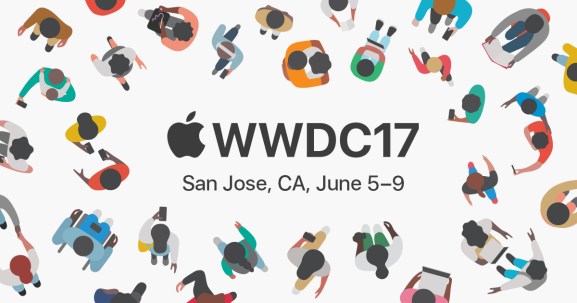 Tim Cook will take the stage at San Jose’s McEnery Convention Center today to announce Apple’s latest innovations. The WorldWide Developers Conference is perhaps Apple’s biggest event each year — although, as with most years, it’s been in sort of a beta version for the past several months, thanks to multiple leaks of Apple’s plans.

More often than not, the rumors and leaks have had some merit. As the world of developers and Apple watchers prepares for the conference, here’s a summary of some of the more interesting rumors.

Devices running iOS make up 70 percent of Apple’s revenue. Their popularity rests in good part on Apple’s ability to cultivate an active community of app developers for its mobile operating system. Details on a new iOS have been scarce — the hardware suppliers seem to spring more leaks — but some reports indicate it will include an upgrade in its user-interface design.

More importantly, features in iOS 11 could hint at what Apple is planning for the iPhone 8, expected this fall. One possible addition is Dark Mode, a feature capable of changing backgrounds from white to black, reducing eye strain at night, and helping Apple on its never-ending quest to extend battery life.

Bloomberg reported recently that Apple is working on a new chip, possibly named the Apple Neural Engine, that could improve the way its devices handle AI-related tasks. If Cook tells developers to get ready for better AI inside iOS devices, it could signal a smarter Siri and new augmented-reality applications.

Apple’s native apps could also receive upgrades. In April, Apple Music chief Jimmy Iovine indicated that the next update to the Apple Music app will “better showcase video.” FaceTime may also take on a group chat capability in iOS 11.

Apple bought Siri in 2010, back when the voice-recognition app used to be a virtual personal assistant. While the company has integrated the feature into Apple TV and HomeKit, many iPhone users have come to regard Siri as little more than a glorified egg timer. Apple needs something to show off what Siri can do.

That something may come today. Apple may announce it’s working on a smart speaker powered by Siri. Unlike Amazon’s Echo and Alphabet’s Google Home, the Siri Speaker will offer virtual surround sound technology, Bloomberg reported on Wednesday. It would also be integrated with other Apple devices, giving owners of iPhones, iPads, Apple TV, and Apple Watches a Sonos-like sound system to connect to. The speaker may also come with a touch panel display.

KGI Securities analyst Ming-Chi Kuo believes there’s a good chance Apple will announce a 10.5-inch iPad Pro, which will have a larger screen than the 9.7-inch model — despite being the same size or smaller — thanks to thinner bezels, according to MacRumors. Based on leaked images of iPad Pro cases, Apple could also announce a 12.9-inch model.

Less a font of announcements than a grand treatise on everything Apple, WWDC may be Cook’s best chance to sell his vision of the Apple ecosystem. Apple bulls have argued that the secret to the company’s future is its ability to unify its devices: a fancy Siri Speaker connected to an Apple TV that plays video-friendly Apple Music, includes access to iTunes or Amazon’s Prime Video, and can be controlled by speaking into an Apple Watch or using an iPad or iPhone as a second screen.

If this works as planned, it will be a big boon to Apple services, one of the company’s fastest-growing segments. Key to the success of such an Apple ecosystem will be Siri. Voice-activated devices are approaching the mainstream, thanks to the Echo and Home. But under Cook, Apple has shied away from cloud-based AI — the company prefers to keep its AI on devices, which improves user privacy but could limit Siri’s ability to be as smart as Alexa or Home.

And, of course, developers will have a huge part to play in this Siri-powered ecosystem. Alexa already has more than 10,000 skills available for Echo owners. If developers devote the kind of attention to Siri skills or AI-powered features that they have to iOS apps, Apple may start to deliver on its vision for a new era, one that is not so iPhone-centric.