Fox is getting into the mobile game business as its FoxNext division is acquiring Aftershock, which consists of the remaining assets of mobile game publisher Kabam that were not sold to Netmarble.

The deal is an end to Kabam’s novel approach to selling itself by breaking itself into different parts. And the acquisition shows that Hollywood has a growing appetite for games as the growth of film and TV slow down. Aftershock has a studio in Los Angeles and a team of game developers in San Francisco. Its one announced title is a game based on James Cameron’s Avatar films, under a license from Fox’s 20th Century Fox film studio.

South Korea’s Netmarble paid an estimated $800 million for Kabam’s Vancouver division, which made the hit game Marvel Contest of Champions, as well as some of its employees in San Francisco. What was left of Kabam after that deal was renamed Aftershock while the Vancouver studio assumed the name Kabam Games. All told, the various transactions that completed the sale of all of Kabam’s assets added up to nearly $1 billion. The exact price of the Aftershock deal hasn’t been announced, but based on that math, it sounds like the deal was around $100 million.

San Francisco-based Kabam had 800 employees at its peak, but it spun out a number of teams over the past two years. It couldn’t find a good outcome for its studio in Beijing, so it shut that down, said Kent Wakeford, the chief operating officer of Aftershock, in an interview with GamesBeat. About 80 employees will go to work for FoxNext.

FoxNext president Salil Mehta told GamesBeat that the acquired talent will form the heart of the company’s new interactive storytelling business, sitting alongside the company’s film and TV businesses as a growth opportunity.

“It became clear that our approach was to find a premier studio because talented people make great games,” Mehta said. “As we surveyed the market, this particular studio turned out to be a great fit. We are looking to grow across the entire gaming category. This is a great first step for us to be able to get a jewel of a studio like this.”

The Avatar title will now be an in-house production at Fox, and that was another reason the team was excited about the transaction, Mehta said.

Mike Verdu started the Aftershock studio for Kabam in Los Angeles, but he will not be staying on to run it. Rather, Aaron Loeb, a longtime Kabam executive and former Electronic Arts mobile game developer, will joint FoxNext as president of studio for FoxNext Games, which means he will run the Aftershock team and report to Mehta. Verdu has returned to EA’s mobile games division.

“This is a great home for Aftershock,” said Wakeford. “All the pieces aligned well for this acquisition. It’s a great opportunity for the employees, investors, and shareholders. Breaking the company into two pieces generated more shareholder value.”

“We are very happy as Aaron has an incredible reputation,” Mehta said. “Our vision is to use our own properties, expand the universes of our properties, and bring those to console, PC, and mobile devices. And we are also looking at creating original intellectual property.” 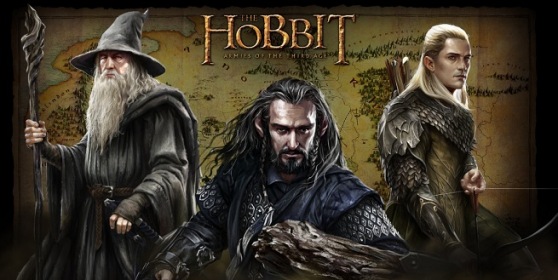 The acquisition brings to a close a complex deal. A decade ago, Kabam was a startup that made hit Facebook games such as Dragons of Atlantis, which generated more than $100 million in revenue. Kabam pivoted a few times and grew into a large company with more than $400 million in revenues. To get there, it expanded beyond Facebook just as the social network started to lose its momentum in games. Kabam expanded to mobile titles such as Kingdoms of Camelot: Battle for the North, and it adopted Hollywood licenses such as Fast & Furious and The Hobbit.

Kevin Chou, CEO of Kabam, decided to focus on fewer, bigger, and better games. The company scored big time when its Vancouver studio made Marvel Contest of Champions, which generated a continuous flow of revenues for multiple years. As the company put more resources behind such big-budget games as its Transformers and Avatar titles, it decided to spin out its smaller titles and its legacy social network games.

“We didn’t anticipate everything that happened, but focus on where the market was going was the best decision,” Chou told GamesBeat.

In that process, Chou said a couple of companies approached Kabam to see if it would sell the whole company. Chou said it received two offers, one from a big Chinese company and another from a traditional console gamemaker. But he decided to explore another avenue, asking the question, “What if Kabam were more valuable if sold in parts?” 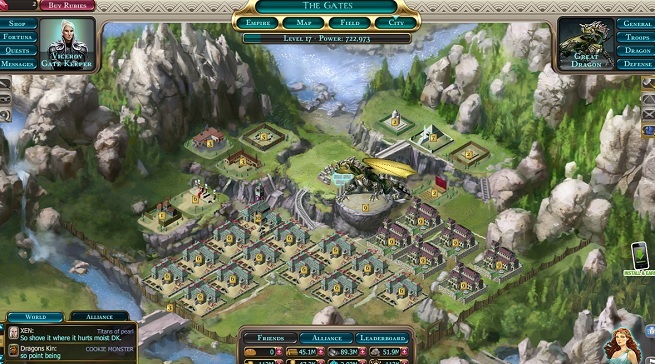 Above: Dragons of Atlantis

So the company began a process to sell the highly profitable Vancouver studio. Netmarble stepped up by buying that division earlier this year. (The number is estimated at $700 million to $800 million, and the deal figure has not yet been announced). Then, over the past four months, Wakeford and others went about the process of spinning out Aftershock and then selling it to FoxNext. Neither Wakeford nor Chou will work for FoxNext.

As for why FoxNext made sense, Wakeford said, “Think about marketing side. These entertainment companies have access to more media than almost any other company. They have TV media with TV commercials. They have mobile media and assets. They can get in front of consumers. That gives them a strategic advantage in the distribution of their product. In mobile games, distribution and discovery are some of the most challenging areas now. If you can harness that, it brings a significant advantage int he market.”

The FoxNext division is part of both 20th Century Fox Film and Fox Networks Group. The division consists of FoxNext Games, FoxNext Destinations, and FoxNext VR Studio. Fox has a good track record licensing its properties to gamemakers, and games based on its properties include Animation Throwdown: The Quest for Cards, The Simpsons: Tapped Out, Family Guy: The Quest for Stuff, Futurama: Game of Drones, Ice Age Adventures, Sugar Smash: Book of Life, and Alien: Isolation.

FoxNext VR Studio will oversee VR experiences, such as the already announced Alien and Planet of the Apes productions, and FoxNext Destinations will oversee the company’s location-based entertainment business, including the development of the 20th Century Fox World theme park in Malaysia.

James Cameron is working on a few more Avatar movies. But Mehta said there is no timetable on the Avatar game yet. Kabam announced the game in June 2016.

“Avatar is another reason we are so excited for this transaction,” Mehta said. “They are running full speed ahead, and fans of Avatar will be impressed.”