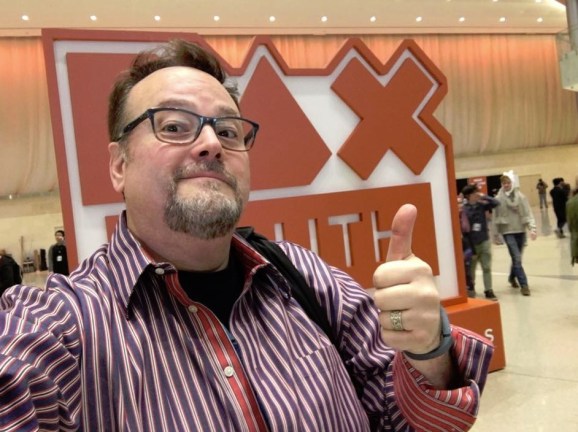 Bill Roper is the new chief creative officer at Improbable.

Improbable, a British tech company that raised $502 million from SoftBank for its virtual-world simulation software, announced that former Disney game creator Bill Roper will be its chief creative officer.

On top of that, Jason Jhonson (who has the strangest last name that I’ve seen lately) has been hired as chief marketing officer.

Roper, a 23-year game veteran, was previously vice president at Disney’s game division, working on titles such as Disney Infinity, which Mickey Mouse decided to shut down in 2016. Prior to Disney, Roper was a creative executive at Blizzard Entertainment, where he was instrumental in launching the Warcraft, StarCraft, and Diablo franchises. He was also the CEO of Flagship Studios, where he worked on Hellgate: London, and the chief creative officer of Cryptic Studios.

In an interview with GamesBeat, Roper said he met Herman Narula, the CEO of Improbable, about 18 months ago while he was at Disney.

“Looking at what the possibilities were with SpatialOS really piqued my interest and set my creative juices aflame,” Roper said.

Roper left Disney in December 2016, and he looked for his next big adventure.

As chief creative officer, Roper will work with studios to unlock the creative possibilities of Improbable’s cloud-based distributed computing platform, SpatialOS, and the possibilities for new gameplay types enabled by the massive, detailed, and persistent online worlds that can be built on SpatialOS.

“I love the idea of getting involved with developers at a platform level,” he said. “I can work with a lot of developers and do something for the industry. A lot of this will be working with developers to help them realize the creative idea or vision of their products.”

He noted that Improbable’s customers — such as Bossa Studios, the maker of Worlds Adrift — want to build a “living universe, a persistent place with millions of creatures.” Roper believes that helping such companies realize their visions and overcome technical limitations could be “impactful and meaningful.”

Jhonson was previously a development and marketing director at GitHub, where he was responsible for brand, product, and developer marketing for a community of 22 million software developers. Prior to GitHub, he occupied senior director roles in product marketing at PayPal and Yahoo.

Founded in 2012, Improbable recently announced a partnership with Google to create the SpatialOS Games Innovation Program with Google Cloud, which will enable developers to build huge, persistent online game worlds. It wants developers to try out their ideas on its platform, which can support massive simulations with big numbers of simultaneous players.

“Too often, startup stories focus on the founders. We are building a world-class team at Improbable,” said Narula in a statement. “These two critical hires bring a wealth of experience and a record of success with some of the biggest names in entertainment and technology. We’re delighted to have them at Improbable as we move into a new stage of our history.”

Jhonson said in a statement, “It’s hugely exciting to be joining Improbable at this stage in its journey. The first games built on SpatialOS are entering the market, and the recent investment has raised the company’s profile. This is an opportunity to build a foundational developer platform, which could transform games and many other applications.”