It’s too early to tell if Monument Valley 2 will overtake its predecessor, but it’s off to a dynamite start. According to market analyst Sensor Tower, broad brand recognition and a large fan base led to Monument Valley 2 reaching No. 1 in paid apps four times as fast as the original game. It’s also the No. 1 paid iPhone game in 44 countries worldwide, despite its price of $4 (free-to-play games tend to dominate the top spots). 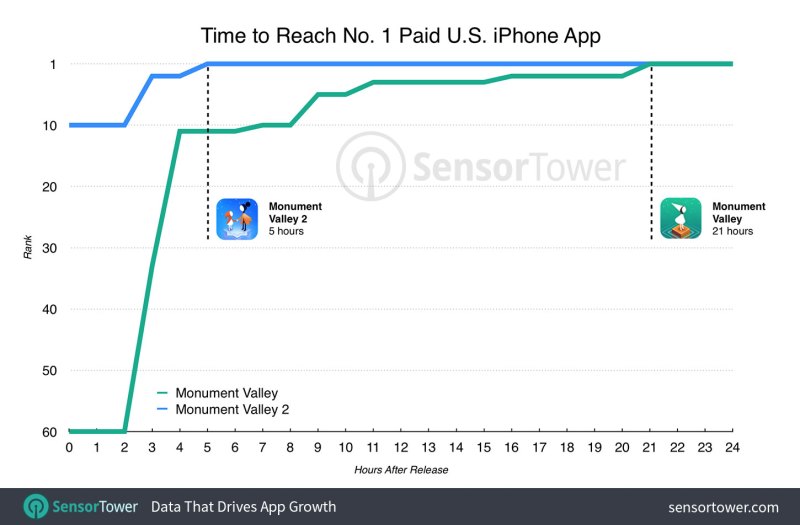 Sensor Tower’s head of mobile insights Randy Nelson notes that the original Monument Valley found success even though it was a paid app in a crowded mobile marketplace.

“The original Monument Valley has more than 9M downloads to date on iOS worldwide,” says Nelson. “That’s very good for a paid game, although a substantial amount of those came from times when the app was made free within a limited window.”