Your favorite hedgehog went 3D for a while, and now he is flattened again. I got a sneak peek at Sonic Mania, the new Sega video game that takes Sonic back to his roots as a two-dimensional character.

Hopefully, fans will like the return of classic Sonic. So far, the series has generated sales of more than 350 million copies or app downloads since his debut in 1991. More than 50 titles have been published to date.

Sega recently showed a new level of the super fast game, which has Sonic running all over the place at 60 frames per second. The new level takes Sonic into a chemical plant. Unlike the Chemical Plant Zone of Sonic 2, this new makeover in Sonic Mania features additional routes, new hazards, and other surprises. It also has a new second act, and Sega is teasing that the second act has a surprise ending. 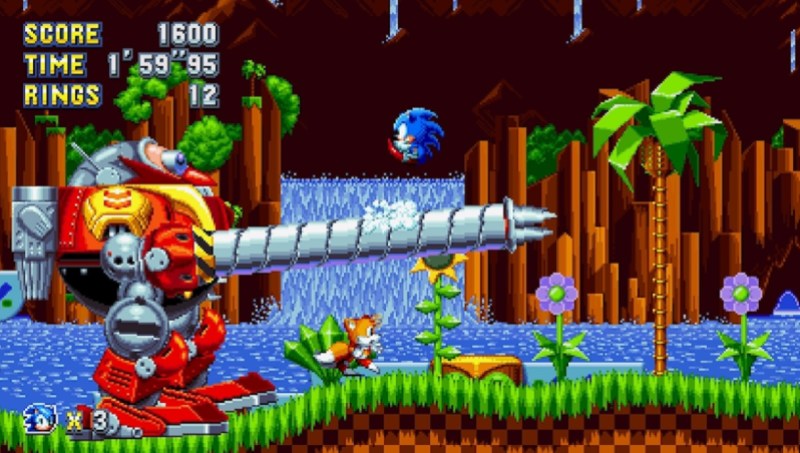 You have to avoid toxic blue goo in the chemical factory, and you have to do what Sonic does — run at full blast, go through loops, and avoid getting hit by enemies and obstacles.

The game debuts on consoles and PC on August 15. It is being developed by Australian game designer Christian Whitehead, Headcannon, and PagodaWest Games in collaboration with Sega of America. They are focusing on “pixel-perfect physics,” and you can play as Sonic, Tails, and Knuckles as you race through new zones and levels. Sonic has a new drop dash, Tails can fly, and Knuckles can climb to overcome the evil Dr. Eggman’s robots.

Sega will show the game at the upcoming Electronic Entertainment Expo (E3) in Los Angeles next week, alongside a 3D Sonic Forces game. What can I say about it, having seen it already? Well, Sonic is fast.

Fans can preorder the $20 game digitally right now for Sony PlayStation 4, Microsoft Xbox One, and PC. The Sonic Mania standard edition for Nintendo Switch isn’t ready for preorder yet, but it will be available to purchase digitally at launch on August 15. The previously announced Collector’s Edition of Sonic Mania can be preordered here for a limited time.