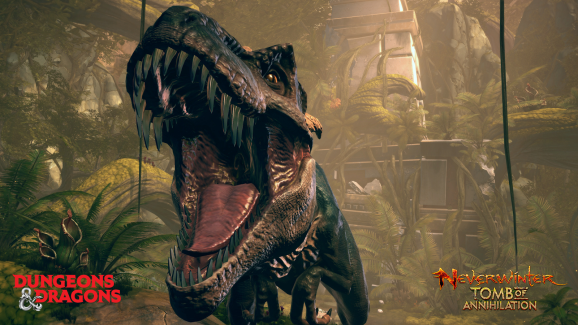 Perfect World and Cryptic Studios are brewing some new magic — and it could result in the biggest massively multiplayer online role-playing game since The Elder Scrolls Online debuted in 2014.

Yesterday, Wizards of the Coast announced that it’s tapping Perfect World and Cryptic Studios for Magic: The Gathering’s first MMO. Wizards publishes the Magic card game and Dungeons & Dragons, and this is the first time in the franchise’s 24-year history that it’s getting an RPG (it’s appeared as either a real-time strategy game or a digital card game). With more than 20 million players and millions more who know the brand, a Magic MMO could hit the market with a bang.

This move is in-line with how Wizards is treating the Magic brand. Last year, it announced that Magic is getting its own D&D campaign, giving the card game its first pen-and-paper RPG in its long history.

But this decision is also a thumbs-up for Cryptic and Perfect World. The duo run Neverwinter, the D&D MMO. That game launched in 2013 and hit consoles in 2015 (Xbox One) and 2016 (PlayStation 4). It now has 13 campaigns (content expansions, some larger than others), and new expansions come every time D&D announces a new storyline (like last week’s unveiling of the Tomb of Annihilation). It has more than 15 million registered players, a nice feat in today’s MMO market. Wizards’ partnership with Perfect World and Cryptic shows that the publisher and studio have done a good job with Neverwinter in the eyes of the IP holder (and not a beholder in this case!). And it also shows why it’s important for big brands to find partners they trust — and to nurture those relationships.

P.S. We love it when publishers port their console games to PC, but don’t do what the Vanquish devs did when they forgot to check how higher frame rates affect their game.

Magic: The Gathering is becoming an MMO

Cryptic Studios and Perfect World, two companies with plenty of experience making online worlds, are creating a Magic: The Gathering massively multiplayer online role-playing game (MMORPG or just MMO). Wizards of the Coast, which owns the popular card game franchise, announced the project today. It is promising a triple-A game, although it did not offer many details […]

The history of the games industry is one of relentless globalization, both in terms of content consumption and increasingly in terms of content production. From epicenters in U.S., U.K. and Canada in the 1950s, game development spread to Japan and the rest of Western Europe in the 1970s. This was followed by a continuous march […]

Once a year, accounting and consulting firm PwC sorts out its predictions for games, technology, and entertainment. This year, it is predicting moderate growth of a 6.3 percent compound annual growth rate for U.S. console video games through 2021, but it believes that virtual reality and esports will grow at much faster rates. Console game revenue was […]

Valve launches Steam Direct on June 13 and shuts down Greenlight

A tectonic shift for PC gaming is here — at least for developers and publishers. Steam Direct is launching June 13. This is the new service for submitting games to Valve’s PC-gaming platform. With Direct, anyone who meets a basic set of criteria to determine legality and appropriateness can launch a game on the massive […]

Improbable, a British tech company that raised $502 million from SoftBank for its virtual-world simulation software, announced that former Disney game creator Bill Roper will be its chief creative officer. On top of that, Jason Jhonson (who has the strangest last name that I’ve seen lately) has been hired as chief marketing officer. Roper, a […]

Valve: Steam gets $100 pub fee and more ‘human eyes’ in its algorithms

Valve is changing how its Steam store works, opening up its platform to any developer who wants to sell a game and is willing to pay a small fee. Today, the company revealed that the price of that Steam Direct fee is $100 per game. Developers can recoup that money, so this isn’t a direct deposit into […]

Nostalgia is a tricky thing. Experiencing something for the first time is a unique moment, something you can rarely recapture. I have issues returning to games from previous generations because they don’t always look or play like I remember them. There’s a gap between my recollection of an experience and an older version of myself running through a game again. It’s one of the reasons I enjoy remasters (or scalable PC releases) sometimes over the original game. (via US Gamer)

Taking an IP and making it your own

Cryptic Studios CEO Stephen D’Angelo on how Star Trek Online changed the dev’s approach to licensing, and how that will shape its Magic: The Gathering MMORPG (via gamesindustry.biz)

BattleTech makes mechs feel big again. The irony? With its top-down viewpoint, BattleTech’s mechs are rendered quite a bit smaller than anything you’d see in Titanfall, MechWarrior Online, and the like. (via PC World)

Chris Taylor, the creator of iconic RTS games Total Annihilation and Supreme Commander, is ready to get back into making games. And he’s got some big ideas. Taylor’s idea came to him while he was working at World of Tanks studio Wargaming, edging closer to management than to making games. (via PCGamesN)