Indie game publisher 505 Games has teamed up with developer Roll7 on Laser League, a colorful multiplayer arcade-style game that reminds me of Tron.

The game is a four-versus-four online or local multiplayer title where you have to avoid getting sliced by laser lights, which we might think of as laser blades. The blades enter the arena and rotate, potentially trapping players who don’t move fast enough to get out of the way. I watched some folks play it at a press event and they were hooting and hollering during the competition. If it catches on, it could be a natural esport title.

Simon Bennett, studio director at Roll7, said at the event that the title is a throwback to arcade action, with its frenetic matches and intuitive and approachable game play. 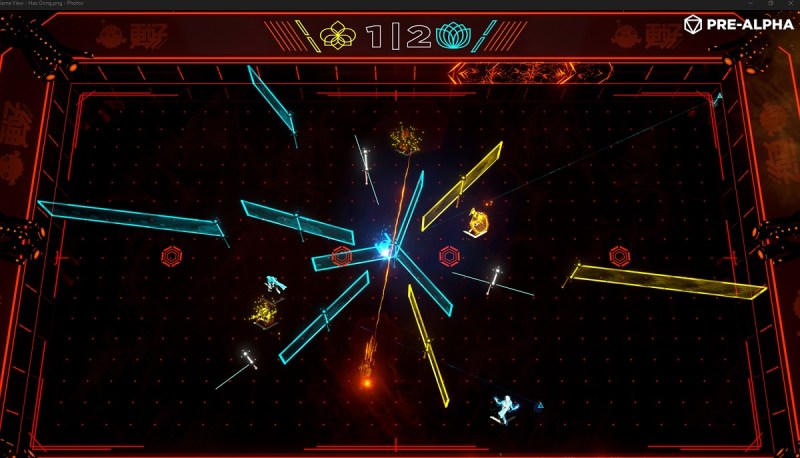 Above: Laser League is an action game where you have to avoid the rotating spikes.

“Your goal is to squeeze the other player off the map,” Bennett said.

“We have admired and enjoyed Roll7’s work from afar ever since the first OlliOlli game,” said Tim Woodley, senior vice president of brand and marketing, 505 Games, in a statement. “When we saw the first prototype for Laser League, we could already feel that all-too-rare ‘just one more go’ impulse. We jumped at the chance to help Roll7 take their proven studio to the next level and realize their ambitions for Laser League.”

Laser League is a contact sport set in the year 2150. Players battle against the opposition for control of nodes that bathe the arena in deadly light. Evading rival colored beams, teams attempt to fry their opponents with speed, strength, and strategy. 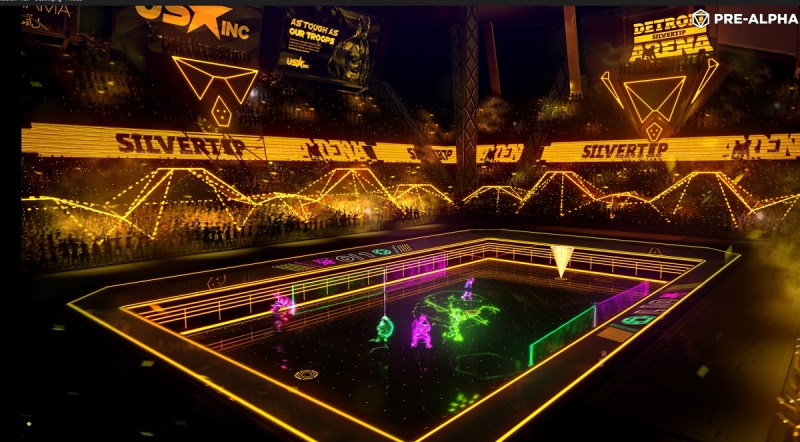 Above: Laser League might be a natural as an esport.

Special offensive and defensive abilities, as well as game-changing power-ups on the arena floor, provide an edge at the crucial moment.

“It’s awesome to step outside of our ‘house style’ to develop a far bigger 3D experience that we think will redefine a genre,” said Bennett. “The (much bigger) team here at Roll7 are hyped to get Laser League into people’s hands as soon as possible, then work with the community to fine-tune the experience before launch.”

Laser League will be part of the Early Access program on Steam beginning this summer, followed by a launch on PC, PlayStation 4, and Xbox One in 2018. The game will be available in English, French, Italian, German, Spanish, Portuguese, Russian, Japanese, Chinese, and Korean at launch.

Roll7 was founded in 2008 as a digital agency. It started making original games in 2012, and it has made titles such as OlliOlli and Not a Hero. The team has 17 people. 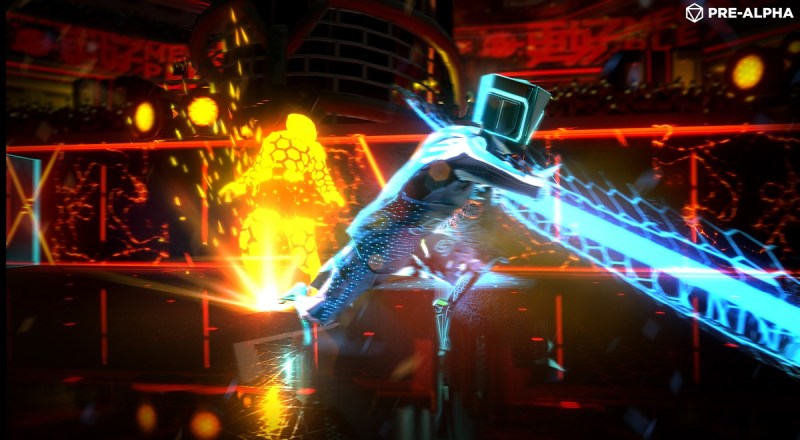 Above: Laser League has a neon art style.