Bloodstained: Ritual of the Night is a pretty old-fashioned game, with 2D side-scrolling, a heroine with a large bosom and a mini skirt, grunting that sounds uncomfortably sexual, and a lot of repetitive button-mashing action.

And that’s probably what a lot of its fans are going to like about it. The game is being made by longtime Castlevania producer Koji “Iga” Igarashi, and publisher 505 Games will show it off at the Electronic Entertainment Expo (E3) next week. The game raised more than $5.5 million in a Kickstarter crowdfunding campaign, and it is one of the most anticipated platformers coming.

I got a look at the gameplay for the first time at a recent preview event, and it has a retro charm. Igarashi left Japan’s Konami to make the game with his own studio. It’s a kind of spiritual successor to Castlevania, without being called Castlevania. The art style is Gothic, and there’s a lot of flying in the air and kicking or slicing enemies with a katana. The game is set in 18th century England, during the industrial revolution. An Alchemist Guild feared that their art would be lost, and it performed a ritual to summon demons. The ritual involved sacrificing orphans. 10 years later, a monstrous castle full of demons arose where the orphans once had a home. 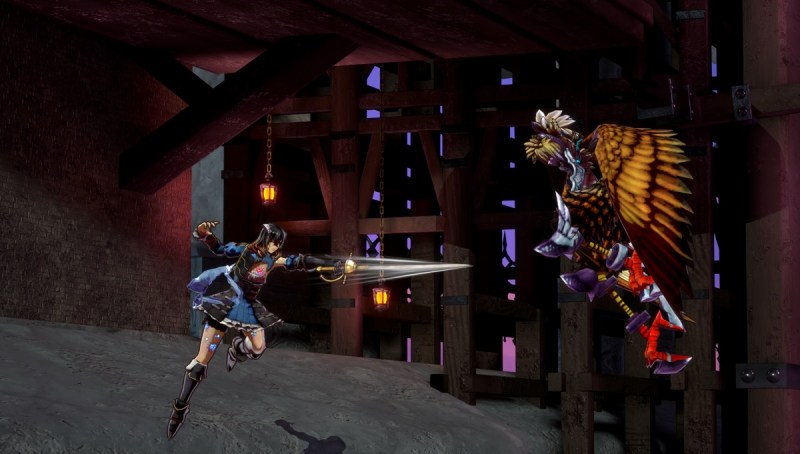 Above: A typical duel in Bloodstained.

The heroine, Miriam, is an orphan and a survivor of the ritual. She awoke from a 10-year coma and has gone after the demons. She has been scarred by an alchemist’s demonic curse, which is slowly turning her skin to crystal. She must travel to the castle to hunt and kill its summoner, Gebel, battling his demons as she searches for a way to stop the curse.

The trailer released today showcases a new map, Church, with improved environments over earlier demos. It also demonstrates added skills for Miriam including Spear Throw, Resist Holy and Optimizer, as she uses new weapons including her Whip, Rapier and Katana to challenge a boss, Bloodless.

If you look closely at the backgrounds, you’ll see that they are quite artistic, with 3D-like effects, even though the screen is two-dimensional. We’ll find out if this kind of game still has a following. Based on the Kickstarter proceeds, I’d guess there are a lot of people eagerly awaiting it.

“I pursued my passion, and searched for a publisher,” Igarashi said at the event. 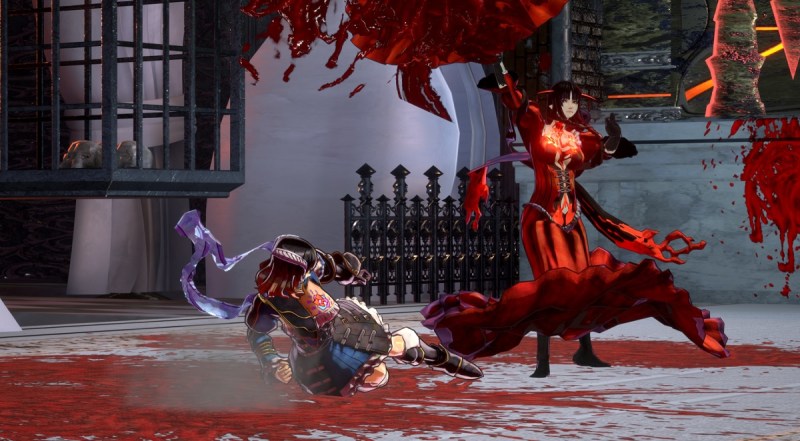 Above: Battling the sexy and grotesque demon boss in Bloodstained.

You can choose from eight weapons. The bosses in the game are both “sexy and grotesque,” Igarashi said.

“We those who played my previous work are nostalgic,” he said.

505 Games announced it would publish the title in a partnership with ArtPlay for worldwide publishing rights.

The game is now in full production for Microsoft Windows, Linux, Sony’s PlayStation 4, PlayStation Vita, Nintendo’s Wii U, and Microsoft’s Xbox One. The deal with 505 Games covers all formats except mobile and tablets. 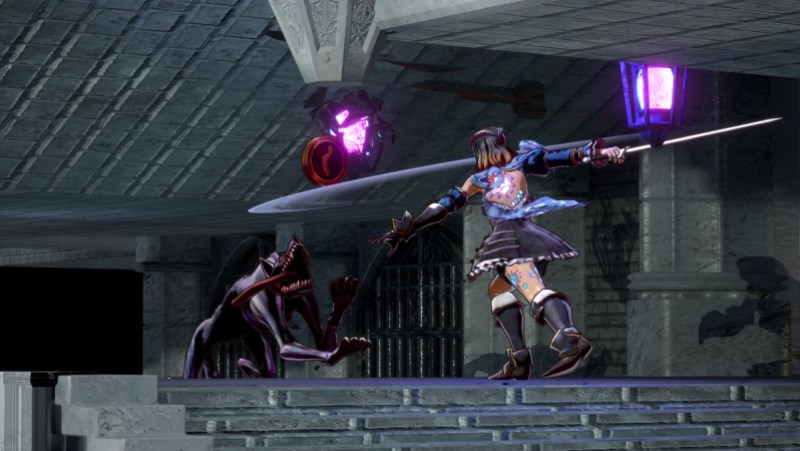 Above: Slaying with the katana in Bloodstained.